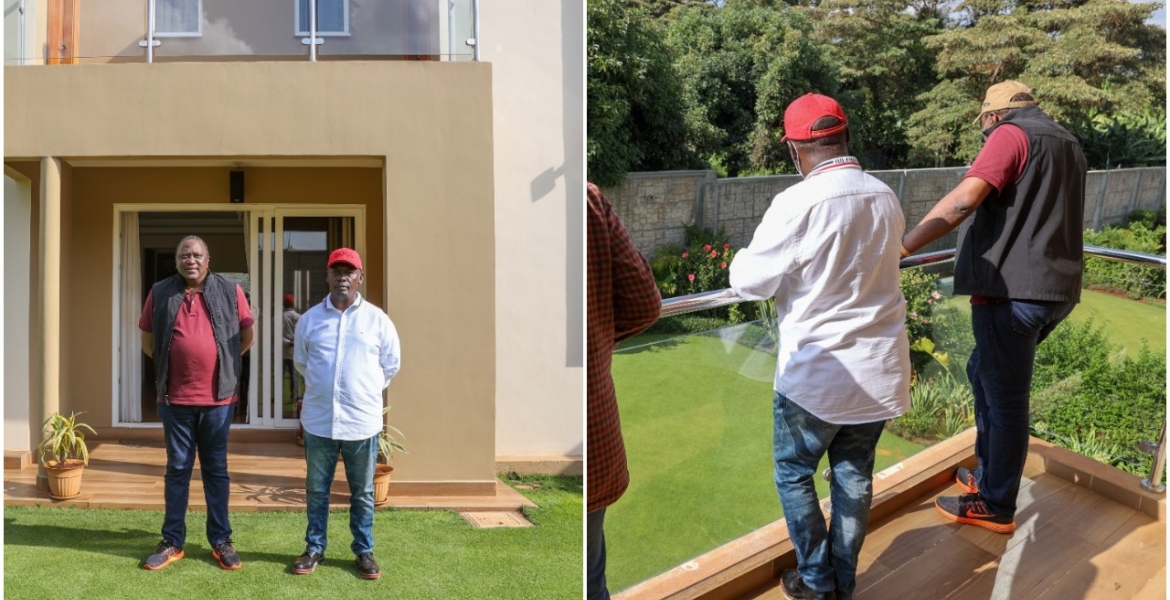 The photos surfaced online on Sunday and are believed to have been taken at Kabogo’s residence in Runda. The pictures have raised speculation, with many suggesting that they two were planning something.

Some said the meeting was about the upcoming Juja parliamentary by-election, which was occasioned by the death of MP Francis Waititu, while others reckoned that it was about 2022 succession politics.

Another group believed that the two were only catching up given that they are long-time friends. Other online users wondered why the president chose to visit Kabogo at his home and not vice versa.

Kabogo is among leaders who have been touted as possible successors of President Kenyatta in the Mt. Kenya region.

Below are some reactions from Kenyans online;

@GitahiSamora wrote: “Kabogo is about to succeed Uhuru in Mt Kenya. Kabogo is Fearless. He’s straightforward & a brilliant politician.”

@ItsNyambane noted: “Panic in Ruto and Raila Odinga's camp as President Uhuru Kenyatta meets with William Kabogo. Kabogo is the next big thing in Kenya.”

@Mugo_Ndungu07 tweeted: “Kabogo is a master schemer. Uhuru should have gotten him in government a long time ago before things got this thick.”

@SamMiyai quipped: “UDA should forget about Juja constituency. Kabogo will deliver this to Uhuru.”

Both of them are badly out of shape. One of them is suspected to have been a drug addict and the other a drug peddler. They have to catch up. They need each other.

They need each other and kenya does not need either.

..@mugikuyu..yes, especially when money is not a factor.. Subtle does it...I hope the msg hits home...

Have we forgotten too soon why of all people he lost from waititu . He is a woman hater too he insulted us am surprised that Uhuru does not consider that . Kabogo called women all kind of names among other crimes and now we are praising him . we have memory of a warthog

Kabogo liners "so you won't dance for me coz you have no bikers" then he gave women money.

Ras or whatever u call ur punk ass, tribalism is a way to go with u. We need to take ur ass to a river n sharpen ur manhood then only ur name will be Mature Ras.