"I’m Leaving You Through COVID": Kenyan Man Succumbs to COVID-19 Hours After Predicting His Death on Facebook 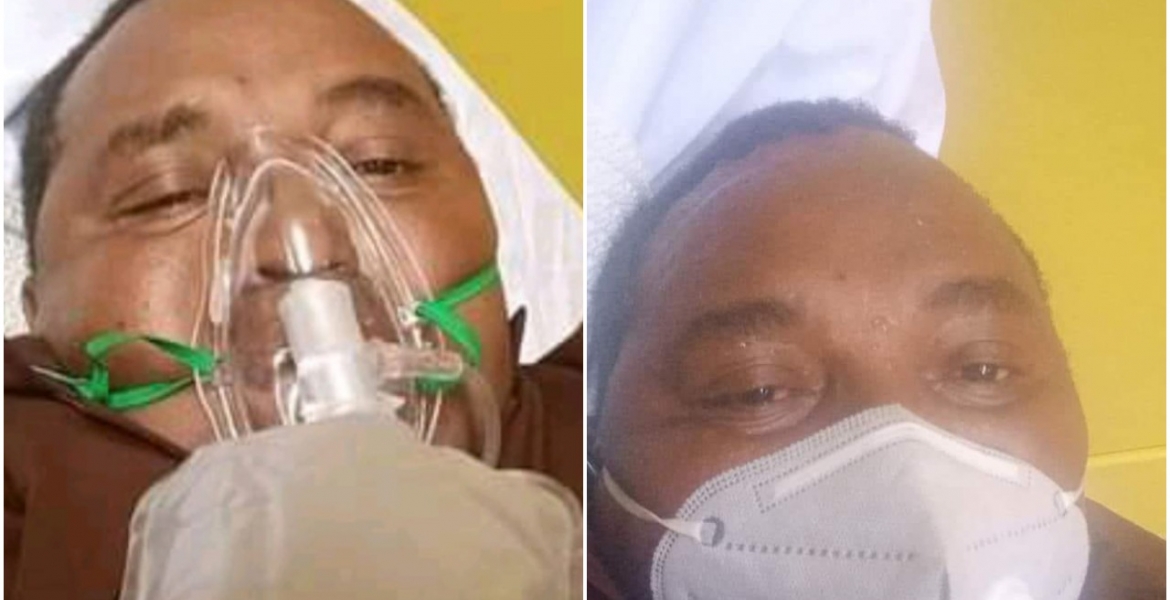 A middle-aged Kenyan man from Nyeri County succumbed to COVID-19 hours after he made two posts about his condition in a Facebook group.

Tony Weru made a post on the Digital Farmers Facebook group announcing that he had contracted COVID-19 and feared he was going to die.

Shortly after, he wrote another post bidding what looked like a goodbye to the 430,000 members of the group, where he was popular. The post was accompanied by a photo of himself wearing a mask with a seemingly sweaty face.

“I’m leaving you through COVID,” he wrote.

It later emerged that Weru, a popular bee and strawberry farmer in Mweiga, Nyeri County, died from the virus.

He was immediately put on oxygen upon arrival at the hospital at about 10 am but he died later.

Why was he put on Oxygen and not Ventilator? If the lings are not functional, the oxygen will not get past the lungs.

There are no ventilators here my fren, if there’s one it ain’t working or it has been booked to monied patients who’ve paid a deposit of 650,000/=! So, there’s nothing for the common mwanainchi. Sorry.

It's called the power of the tongue. Life and death

So you think if he had not said that he would have died? Don not be shallow minded

That is what the nurses and doctors think is needed...(oxygen). God have mercy on poor Kenyans!

Oh God hii Coronavirus is not a joke. Wear double masks ,keep distance and don't ever remove it like the stupid thing somebody doing removing them while taking pics. Now I hear vaccine is useful for 6 months.. Are we gonna need vaccines every 6 months ?? This thing men has caught the world sleeping on their laurels. RIP 🙏

The 6 months stated is how far the efficacy of protection has taken and the virus hasn't been able to break the molecules of the vaccine since the test began in late November. This observation is still in progress and they hope the protection will last at least for one year. Just like the flu vaccine that we have to get every one year or tetanus vaccine after every ten years. We may need a covid vaccine once every one year, or once every 5 years, etc, it is still in conclusive, so don’t worry.

@Kaswende..jamani hilo jina lako latisha! Covid-19, kando..do you know that now their is super kaswende in the community, and resistance to drugs? ....So hiyo jina........jijazie!