“Nilikuwa Hali Mahututi”: Raila Says on His Battle with COVID-19 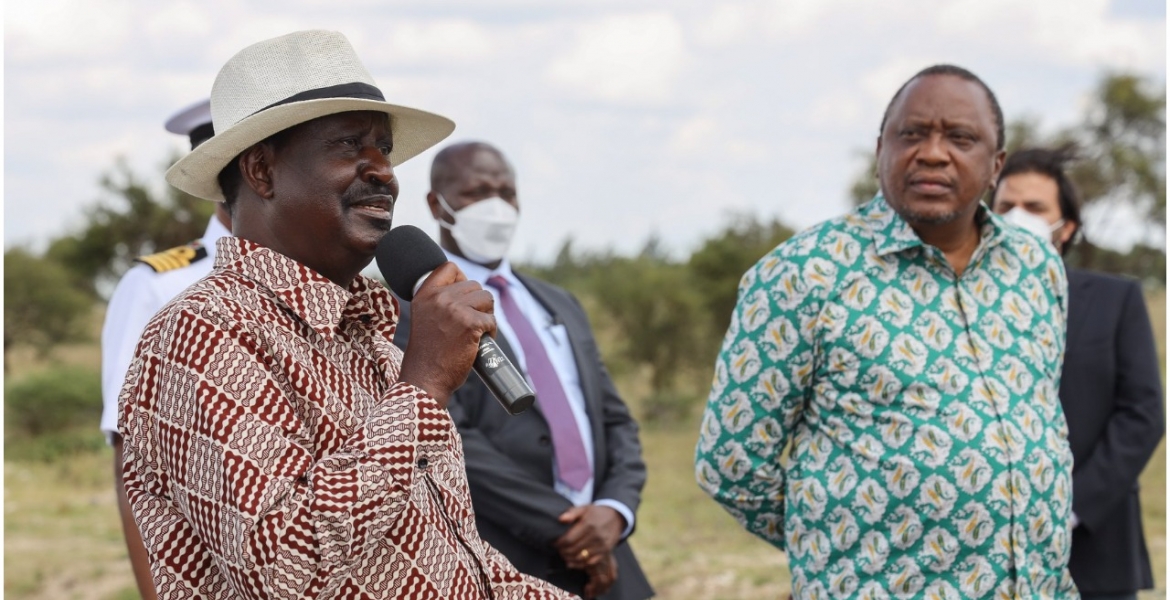 ODM party leader Raila Odinga on Thursday made his first public appearance since he was diagnosed with COVID-19 three weeks ago.

Odinga accompanied President Kenyatta to Nairobi CBD where the two inspected various development projects being undertaken by the Nairobi Metropolitan Services (NMS) under the leadership of major general Mohamed Badi.

Speaking during the tour, Odinga opened up about his battle with the virus, which saw him spend three weeks in isolation.

He said he was grateful to God for being healthy and alive, revealing that he was very sick during the period.

“Today, I have gotten the opportunity to appear in public for the first time and I want to thank my brother [President Kenyatta] for inviting me to get out of the house so that Kenyans can see my face,” said Odinga, who spoke in Swahili.

He added: “Mungu ni mwema. Kwa wiki tatu nimekuwa katika hali mahututi lakini sasa nimetoka (God is good. For three weeks, I was in critical condition but now I am out).”

Odinga went into isolation after he was diagnosed with the disease at the Nairobi Hospital on March 11th, having been admitted to the facility for fatigue and body ache. He was discharged a few days later to recuperate at home.

On Tuesday, the ODM party announced that he tested negative and was out of danger.

On his part, President Kenyatta said he was happy to learn that Odinga had recovered from the virus and decided to invite him for the tour.

Personally I wish you well. Covid or any disease has no boundaries.
I was reading the star newspaper about this baba story and it's disgusting to read some comment from fellow Kenyan. You be having different political ideology but when it comes to sickness pray for recovery.

At least 99% of Kenyans are Haters; even Haters of Themselves. GOD Bless and Protect the Loving 1%.

"Mahututi"? Mhh... kisha they discharged you a few days later? Wahuni wao... all the best.

Raila we didn’t miss u even one seconds so shut up.The country was calm,quite and peaceful without hearing your hullabaloos.

Attension seeker! Do you need to tell the World you also fart!

Reason enough to not run for president for the 6th time.