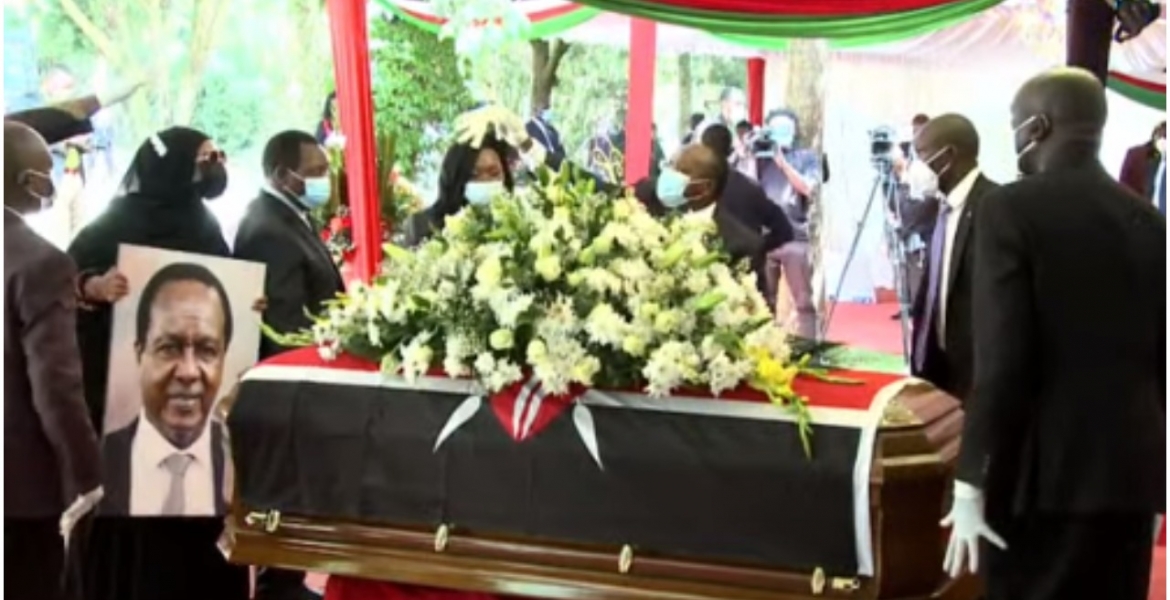 Emotions ran high as the late Kiambaa MP Paul Koinange was laid to rest at his home in Kiambu County on Saturday.

Koinange, who succumbed to COVID-19 related complications while undergoing treatment at the Nairobi Hospital on Wednesday, was buried in a private ceremony attended by family and close friends.

His two wives June and Mary described their departed husband as a God-fearing man who was committed to his family and helping other people.

Governor Nyoro said Koinange was his political mentor, eulogizing him as a humble, dedicated, and meek leader.

Speaker Muturi described Koinange as the pillar of prayer in parliament, saying he founded the Prayer Breakfast program for MPs in 2013.

A bill was later presented and passed in parliament in 2015, leading to the inclusion of Prayer Breakfast in every financial year’s budget.

Until his death, Koinange served as the Chairperson of the Departmental Committee on Administration and National Security in the National Assembly.

He served as the MP for Kiambaa Constituency since August 2017, having been elected on a Jubilee Party ticket.

Muturi should have clarified whether majambazi MPs succeed in corruption for worshipping expired Koinange’s uncle,expired muuaji Kamau.He should also explain how corrupt Kamau grabbed that plot while dead.If denies that it was not grabbed,can he deny the violent gangster was buried there as a recorginization of corruption?