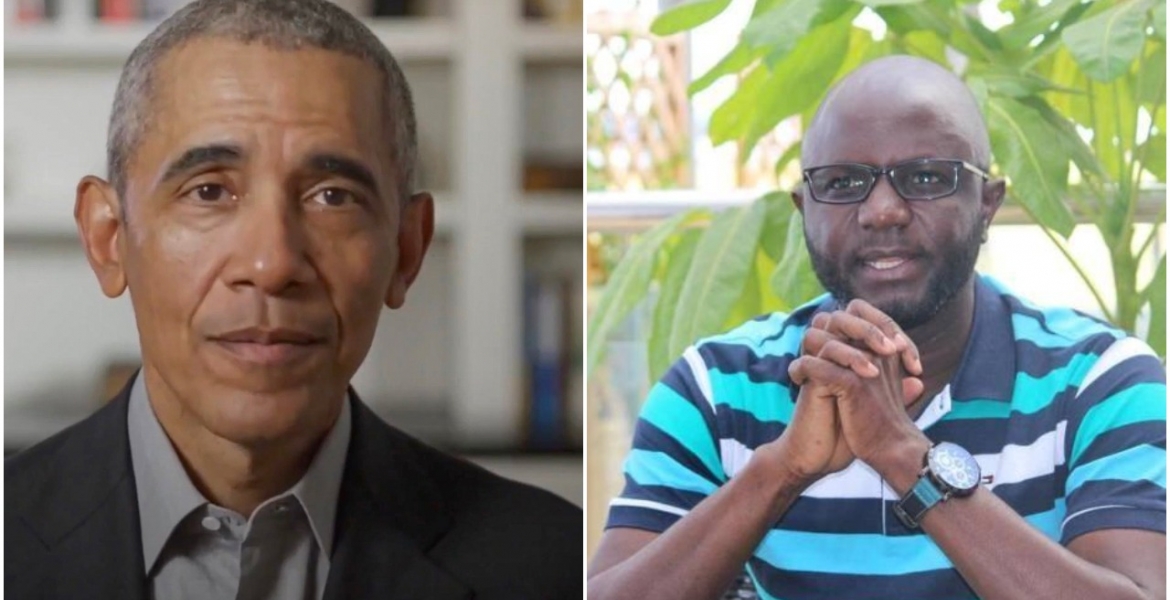 Siaya Governor Cornel Rasanga has hit out at Alego-Usonga MP Samuel Atandi for criticizing former US president Barack Obama for doing nothing for his ancestral village, Kogelo.

Speaking during an interview earlier this week, Atandi claimed that Kogelo has nothing to show despite having links with Obama, who was once the most powerful man in the world.

Governor Rasanga termed Atandi’s comments as misplaced, stating that although Obama has Kenyan roots, he is not a Kenyan citizen.

He added that it was inappropriate for Atandi to make such remarks at a time when the family is mourning the death of Mama Sarah Obama, the grandmother to Obama.

He added: “The MP should not have waited until Mama Sarah to pass on to issue such statements. If he had any issue with any of the Obamas, he should have looked for a better avenue to channel his displeasure.”

“It is not right to claim that our area did not gain from the former president. The trading centre in Kogelo is more vibrant today, teeming with international tourists who just come to trace his roots. These visitors spend money in the area whenever they visit which boosts the local economy,” Mboha said.

First,and foremost, Obama's obligation was/is to his immediate family first,then the American people.From what I can tell, its only Auma who took initiative to make contact with Obama when he was relatively unknown.
Any claim of Kinship from anyone other than his family is misplaced.
To improve the lives of people in Kogelo lies squarely on the people of Kogelo,especially the politicians.
People should also realize that,Obama as president had no powers to single out Kogelo for funding,using tax payers money as Kenyans do.The only funding he could have given freely would have been his personal money.And how he used that is totally upto him.

@maxiley - what is wrong with your twin brother Atandi? You always work hard for your money and oftenly I have known you to give to the needy! Is he still an mp? Really? Surely you can take a monkey from the bush but kinda hard to take the bush out of the monkey’s head!

Your twin Cuz here is begging for money help from a former American president by accusing him of not being generous? Is this for real? Aaaaighhhh!

@ Vega, I publicly declare from now,in the year of our lord Jesus christ,2021,that ahuman being Atandi is no longer my twin brother.

@maxiley - I knew you won’t take a fool for a brother! Well explained bro!

All the reason you see these idiots fighting to inherit their dead brother brother’s wife (vies) with this kind of Stone Age mentality! Just imagine Raila being the president and a bunch of Atandis being his ministers!? Only God can save us!

I hate when people think they are owed anything from people they hardly know personally except that they are a son/daughter of so and so. Obama, owes nothing to Kenya, blame your deficits on your politicians.

Blame everyone except himself and his colleagues who are paid hefty salaries every month to do the job he is accusing others of neglecting. Typical village mentality.

Atandi looks like a bush baby 🐒 monkey! With very small mind inside a big empty head.😻

What has Alego-Usonga MP Samuel Atandi done for his people who voted for him?

Absolutely nothinggggg! He is a useless fella just drawing a pay check from the poor people’s taxes! Yeye kubafu na mafi ya kuku!

Nothing! Bure kabisa! What do you expect a kihii Kihoi to do for any body? Nothing!

The habit of gimme gimme gimme is very bad! A whole MP public ashaming himself with gimme stuff attitude! This atidi is a very foolish idiotic man! Is president Ibama your mother to feed the whole kegolo village? Shame on you wildo atidi!

You tend to think Atandi is an intelligent man when you look at his damn ugly face! But when he opens his stinky mouth to beg from other men, he just diarrhea like a hungry dog!

This stupid fool surely can reduce himself to belly shit so quickly! So what does atandi wants Obama to do for every two handed black male in this universe? Get a real job atandi!

No Obama does not owe Kigelo nothing as Atandi wants to claim! The attitude of spreading mukono for handouts is a dead concept! Is Obama your great uncle to feed your lazy hands? Hands 🙌 you got them but you want to be a pretty boy to be taken care of by other hand working men! Shame on you Atandi! Grow up quickly and work to earn your damn living. It is hard ni to tell off a whole mp acting like a little begging 🙏 bitch!! Where is the damn beef?

Atandi please go get fed by your mother! Wacha utoto na upuzi! Obama never impregnated your mother so he can raise you up! Shit! Is the fool 😧 real?? You make the whole luo community look retarded!

This is a vague accusation. How much did he expect Obama to contribute and towards what project? The world is not enough as someone once said. Some people just want handouts.

Hell, Atandi does not know! He is just running his clueless mouth! No shame at all for a grown up mp asking for hand outs!

Wewe bule tu we as Kenyans only think of being helped with dollars and if we don't get we condemn as if it was a God give right. Shut up and work hard for yourself Obama was not to be your financial aid at all .

BO wasn't raised in kogelo to begin with. He worked his way up the system of USA without his dad. This Mpig is a Jimmy Moore, gimme more

Tell that directly to your boyfriend @ Atandi! Masikini yeye!

This Atandi stood in front of people in BBC in a public and displayed how uncouth and stupid his ugly head is? What a shame to all the Kenyan men; and especially those who claim to have a 5th grade education! This dude is starved of good healthy mind not to understand Obama is a former American president! Nonsense!

I hate weak men! Atandi is a weak and sickly man! He has played his ignorance in the view of public gallery! Isn’t this something a dummy will do? 😳 wow Atandi!

Atandi just dropped his trousers in the market and started mattering some lunatic stuff. What a shame!😳👩‍🔬🤣👩‍🔬😂👄🤪😎🤬

Talk to my damn 🤚 hand Atandi! Get a stupid job you fool!

Go fix your dirty poverty stricken Western Kenya. Filled with disease and backwardness like the 12 the century.

Don’t forget the Luo are also on top of that classif gimme free stuff laziness! They want to eat but they don’t want to work.

Entitlement at its best. Nobody owes you anything. Obama is not your mother and father.