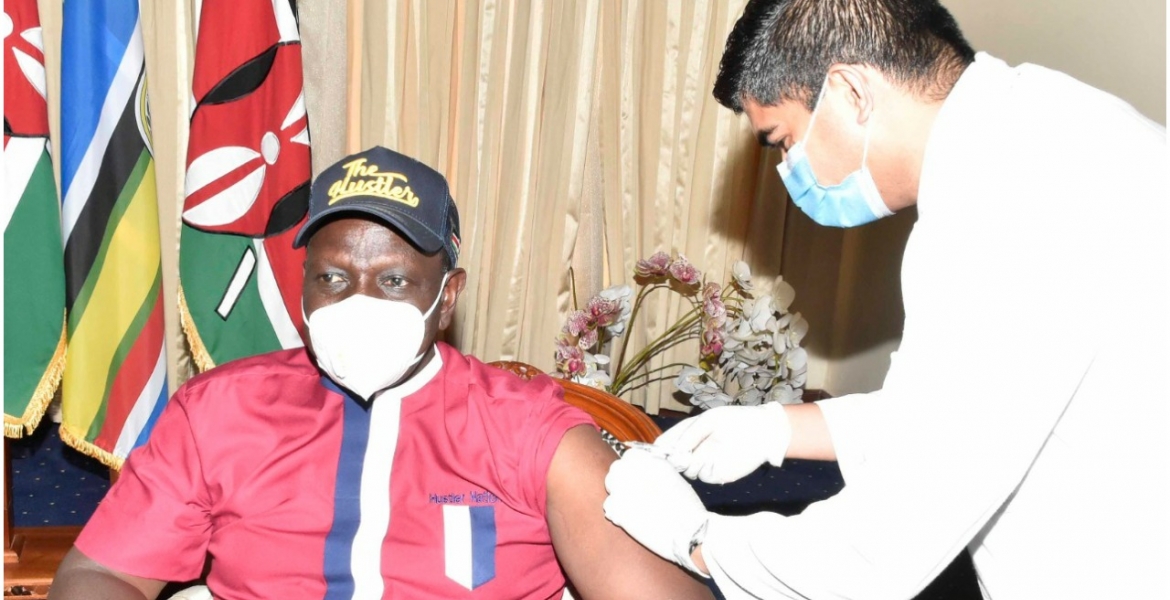 Through Twitter on Saturday, Murkomen alleged that the embargo is meant to stop Deputy President William Ruto from getting his second shot.

“So the government banned Sputnik V vaccine so that the Deputy President of the same government does not get the second shot?” part of his tweet reads.

On Friday, Health Cabinet Secretary Mutahi Kagwe announced a ban on the importation, distribution, and administration of COVID-19 vaccines by private entities.

The ban came after concerns over the controversial importation of the Sputnik V vaccine by a private entity.

“The government is effective today closing the window of private sector importation, distribution, and administration of vaccines until such a time when it is confident that there is greater transparency and accountability in the entire process,” said Kagwe.

A single shot of the Sputnik V vaccine, which has an efficacy rate of 92 percent, was going for Sh8,000.

“Any person advertising or vaccinating people for a fee will be in contravention of the Pharmacy and Poisons Board regulations governing emergency use authorization and the Public Health Act. As such they will be liable for prosecution. The only agent for vaccination in Kenya will remain the government of the Republic of Kenya until further notice,” added Kagwe.

The Health Ministry said Kenyans who had already received the first dose of the Russian vaccine will be allowed to get the second.

Murkomen is a cheap propagandist, full of sh*t! Ruto is not that relevant that all matters of national interest revolves around him. I wonder what will happen to hii murkomen if Ruto never goes to state house!???

I have lived in Kenya, which follows the British System, and I have lived in the US System. Health comes before Politics, and as now Sputnik V, according to Science, is more effective than the GoK, and Mutahi Kagwe's guidelines...

No wonder there are many medical problems with scientist like you not playing their part in any significant role! You sound pretty stupid if you asked me! Your mind set is still colonized and not really up to the tasks of a scientist! Go figure!!

I agree nomad. Uhuraila govt is so stupid. Murkomen might be right. We need govt and privates to do all they can to stop pandemic. U can't stop the rich from paying vaccine and expect months wait for free vacs. Put ppl lives first. People are dying left right center. Put stupid politics aside and save lives

Good!!tell Ruto to harp on a plane and head on to Russia for the second, third and the fourth shot! He can take the 5th shot if he wishes!! Kala saa is Ruto meme! Stupidity can be really bad!

Next will be TENDERING FOR THE RUSSIAN VACCINE ! Ruto will get his second those vaccines in the country will be used whether they like it or not . they were sleeping when the vaccine entered Kenya via customs

Who cares if Ruto get the second jab or not!? Murkomen is just a foolish man with no knowledge of anything! Kenya is in trouble if these are the leaders we have to look up to for Kenya to grow! Who the hell is Ruto? Wacha ujinga Murkomen!

If I was him I wouldn't panic. People with money can get any vaccine any time regardless of the government ban on the Sputnik v. There are many that are in storage already.

Vaccine is safe if drunken Murathe approved it. Shenzy kabisa