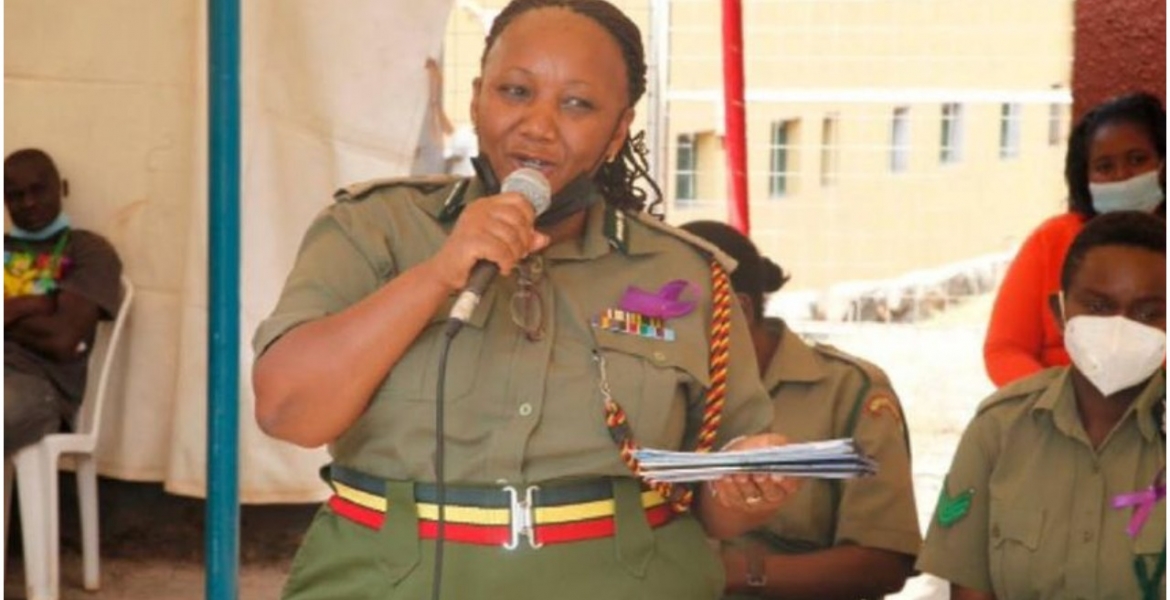 Reports indicate Wanja passed away on Saturday night at the Aga Khan Hospital in Nairobi, where she had been receiving treatment for the past seven days. The cause of her death was not revealed.

Until her death, Wanja was the Director of Gender, NGOs, and Sports and was based at the Prisons headquarters in Nairobi.

Wycliffe Ogallo, the Commissioner-General of Prisons sent a message of condolence to the family and friends of Wanja, who he described as the “most dedicated, committed, promising, dependable, results-oriented and gallant director.”

“As a leading figure in the struggle for the betterment of KPS, the late Pauline’s legacy undoubtedly positions her as one of the Service’s greatest, a gallant lady who made KPS immeasurably better,” Ogallo said.

In 2007, Wanja was appointed as the first woman to head the Nairobi Remand and Allocation Prison since its establishment in 1911.

Before the promotion, she had been in charge of many women’s prisons around the country, including Nyeri, Kakamega, Thika, and Lang’ata. Wanja joined KPS in 1985 at the age of 21.

She was both:
"Assistant Commissioner General of Prisons" and "Director of Gender, NGOs, and Sports". Amazing in a Country where we so Many are Struggling to have even a Messenger job.😇

She was part of the United Nations Mission in Liberia (UNMIL) Correctional Staff that trained the first post war Corrections Officers in Liberia,2004. Am one of the many Liberia Correctional Officers that passed through her mentorship. Rest in Peace Madam Pauline Wanja Ngara

May God rest her soul in peace!
Am even more humbled by the Heart Touching Comments about her, by my former school/class mate at Ngere High School, Mr.Wyclife Ogallo! Pole sana for the occurrence "JATELO"