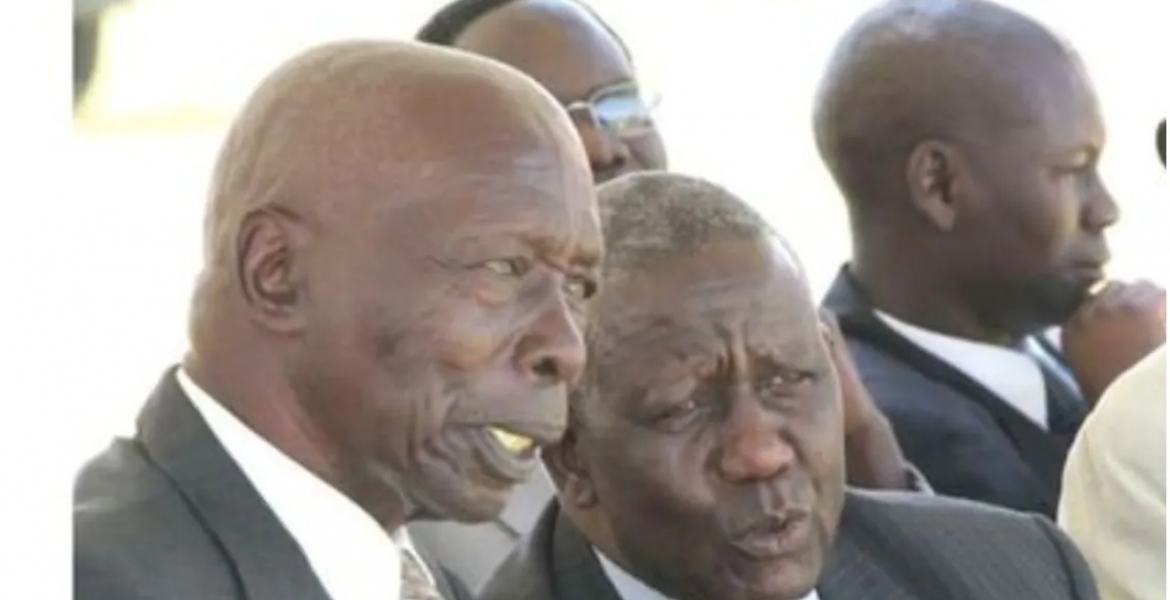 Kiptanui died on Sunday while undergoing treatment at the Nairobi Hospital, where he had been admitted for the past few weeks.

His death was announced by Moi's Press Secretary Lee Njiru on behalf of the family, who did not disclose the nature of his illness or the cause of his death.

"He passed away peacefully in the presence of his family following a long illness bravely borne," Njiru said in a statement.

The deceased served under the late retired President Daniel Arap Moi’s administration until his retirement in 1996 and was succeeded by Franklin Bett.

Last week, State House erroneously posted on its social media pages a condolence message for Kiptanui. The message was promptly pulled down.

Arap Moi and his thievery soldiers...Franklin Bett, Abraham kiptanui, Bargetuny, Kittony, Nyachae, Arap Too, Kones, Labosos, Kamotho, Kamangara, Mama Steel, Kihonge, GG Kariuki, Samuel Gichuru, arap Ng'eny, Ntimama, Salat, and a host of other criminals who wiped out well-performing public like:
Kenya Farmers Association(KFA) later KGGCU.
Kenya Cereals And Produce Board.
Kenya Power and Lighting Company.
Kenya Post and Telecommunication company.
Agricultural Finance Corporation(ADC).
KARI.
KEFFRI.
ICDC.
Despite all, they say they all have been battling illness for a long time. Yet the stolen loot didnt save them at all. Corruption has dug it teeth deep into the entire fabric of our society. Its everybody for themselves.