Three Women Arrested for Drugging and Robbing Revelers in Bars 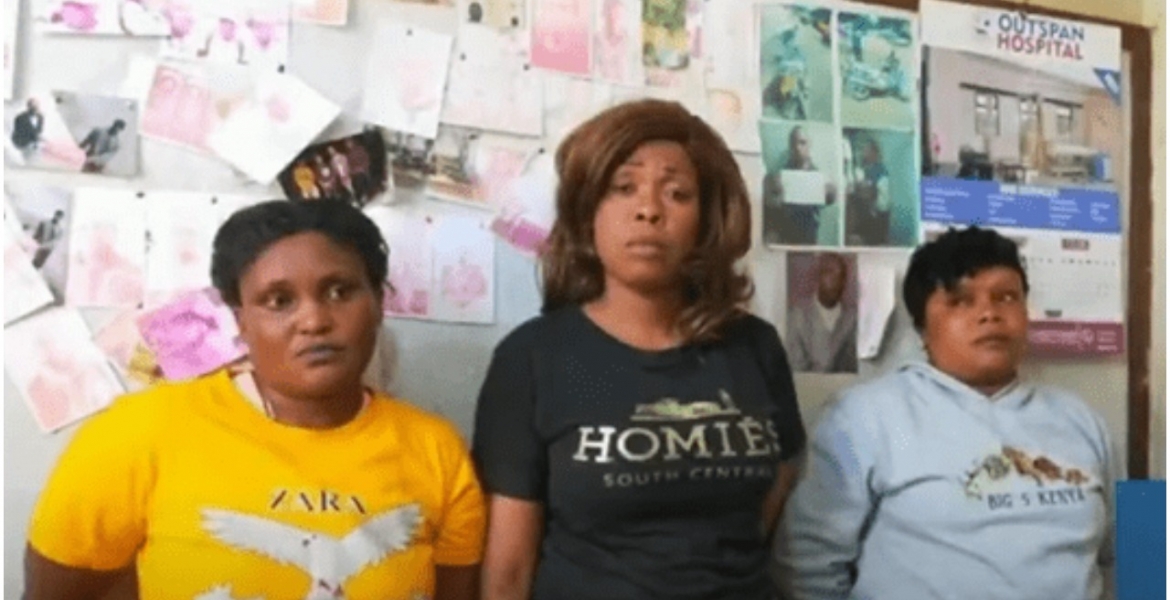 Police in Nyeri are detaining three women on suspicion of drugging and robbing unsuspecting revelers in bars and nightclubs.

The three suspects - Rita Achieng Okuto, Caroline Kariuki, and Caroline Wanjiku had initially been arrested for being outside past curfew hours but after a search, they were found in possession of stolen items.

The items included a laptop, six mobile phones, one electronic tablet, and a collection of ATM and identity cards belonging to different persons.

Also recovered were tablets thought to be sleeping pills used to spike their victims’ drinks before robbing them.

Two men who went to Nyeri Police Station to report that they had been robbed positively identified their phones from among those recovered from the suspects. They also admitted that they were in the company of the three women in a bar.

The suspects are being held at Nyeri Police Station pending arraignment in court on Tuesday to face various charges.

Beauty is definitely in the eye of the beer holder.

Barely aweek has passed since I said that women have gotten just as bad or even worse in the department of scamming. Not a month passes without Mwakilishi publishing a scam perpetuated by a Kenya woman,here or in diaspora. I posited that it is because of women now "mixing too much with men",and the bad behavior rubbing off men to the women ,so to speak. And this is what is making our society seem out of control in crime,and moral decadence ,since now we have both men and women almost equally committing crimes,and infact is some incidences collaborating.
Solution is to go back to the way things used to be before crime escalated... if possible.Or heighten the penalties to discourage crime.
We cannot totally blame this "hunger" for money by women on unemployment. Its purely the breakdown of family ,ethics,and moral values from our so called leaders;and that is preachers, politicians,teachers,and parents. My two cents.

Move back from coed to segregated life? Lol. Liberalism is just bad and evil. Cant change ppl.from outside but inside out is way to go

@maxiley - what’s happening with your ‘very beautiful’ sisters over yonder? Man, nuts - only you who got the answers to this mess! Talk to me bro!

@ Vega, in this era of political correctness ,and the emansculation of the human male species, few will agree with me openly that they long for "real men". Even all these divorces you see, agood numbers is because of weak men.
Iam aproponent of evolutionary psychology.In short, I believe that men and women are different for areason,that goes beyond reproduction,otherwise actually there would be no reason to be different merely for procreation.That having been said, we evolved to complement each other.And not to compete against each other.We have existed for long as societies by observing these tenets,such as found in religion, culture,and mores.
Men are the providers,and women are the nurturers. When you upset the apple cart of evolution,and let women "be like men,and men be like women", the evolutionary fiber breaks down,and confusion settles in.
See, it takes time to evolve comfortably into another human trait,behavior mores,customs,and culture.The old comfort zone has to be broken up,and atransitional mechanism erected in the "new cultures".In this case where, men and women living together as equals,or close to it.This is totally new in recent human evolution.
Just look around. Women go to school,before that only boys did, women now box, play football, run marathon, drive lorries, are in the army, they are doctors,and lawyers. Even in the sexual front,some have boy toys, mipango ya kando,gays...etc. See, what was once apreserve of men has been invaded by women,and men dont know how to handle this invation.And there lies the problem.
We have to let the old system,when men ruled with brains and brawn go.Some still hold onto this antiquated model...
A new way of thinking ,anew model has to be developed. Laws alone wont do it.
In anutshell, this is the short answer to your query.What say you?

Women are better at crapping on men and can easily pull the sympathy card and get by with the crimes! Then they move on to scam the next Joe Isuzu who can’t zipper up the pants!