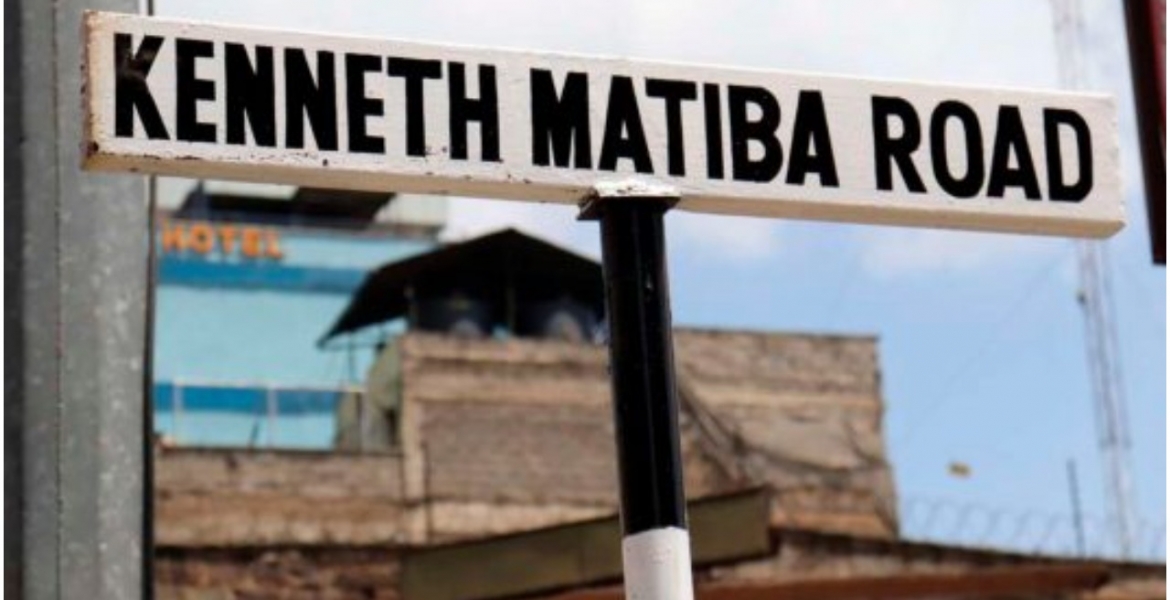 Accra Road in Nairobi CBD has been renamed Kenneth Matiba Road in honor of the multi-party democracy hero.

The move comes after the Nairobi County Assembly approved a motion to rename the street after Matiba, who died at the Nairobi Hospital in April 2018 aged 85.

Two weeks ago, Nairobi MCAs unanimously passed a motion seeking to have the road renamed after the second liberation icon.

While debating the motion by Nairobi Central Ward MCA Daniel Ngegi, Ward Representatives said it was unfortunate that there was nothing in honor of Matiba despite his immense contributions to the country’s democracy and in the education and hospitality sectors.

Ngegi said he chose Accra Road because it acted as a place of refuge for the late Matiba during the Saba Saba days as he would use Accra Hotel to regroup after being clobbered and teargassed at Kamkunji Grounds.

“The two gentlemen were only separated by death and, unfortunately, they did not live long enough to enjoy the fruits of what they fought for,” said Ngegi.

The road is the third in the city to be renamed this year after First Avenue Lane in Eastleigh was renamed Mohammed Yusuf Haji Avenue in honor of the late Garissa Senator, who passed away in February.

I would rather replace Moi name with MATIBA name and leave Accra alone.

Right. Moi & Kenyatta should be wiped away from everywhere in Kenya.

Its so sad that we have Moi's name on anything in Kenya.
It is also sad we have Kenyatta's name in certain places especially institutions of higher learning and the airport.
We should have the real freedom fighters names in these places.

Can we get the Accra name back? Nothing against Matiba but the MCAs decision making process is outrageous. Am nostalgic for the days when we had a sensible Mayor in Nairobi.

Exactly! Accra reminds some of us of the Good relationship Jomo Kenyatta had with Kwame Nkrumahh in those Good old days. The name better be left alone.