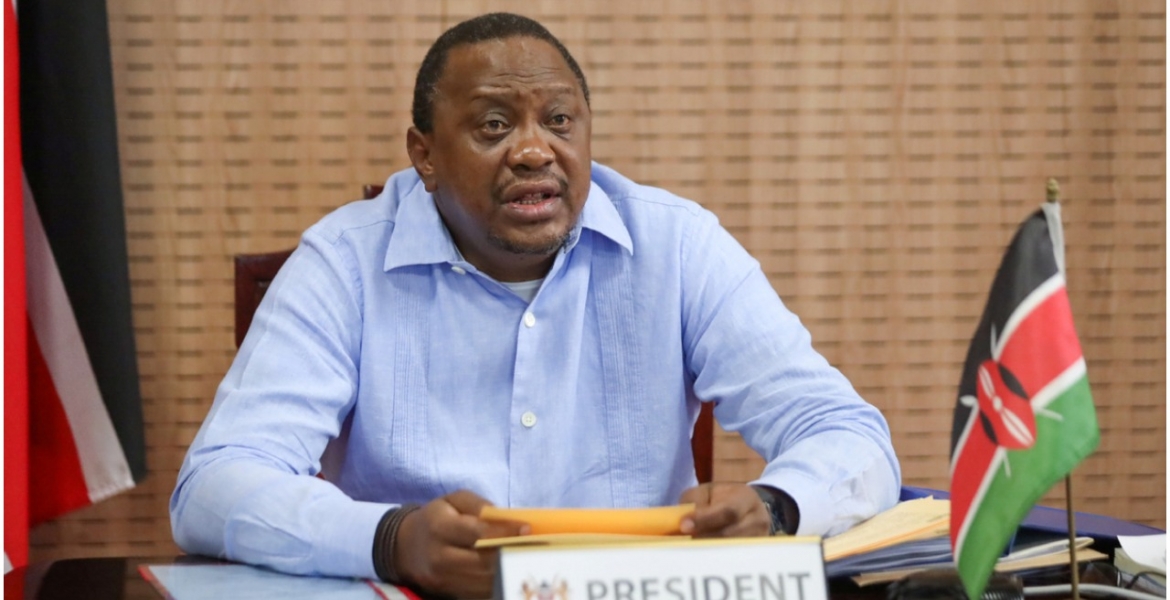 Over 200,000 Kenyans have in the past 24 hours signed an online petition asking the International Monetary Fund (IMF) to cancel the recently approved loan of Sh255 billion to Kenya.

They are aggrieved by the Jubilee administration’s huge appetite for borrowing without proper accountability for the funds, adding that the country is already overburdened with loans.

“This (petition) is in recognition of the fact that previous loans to the Kenya government have not been prudently utilized and have often resulted in mega corruption scandals. The scandals have not deterred the ruling regime from more appetite for more loans, especially from China. Right now, Kenyans are choking under the heavy burden of taxation, with the cost of basic commodities such as fuel skyrocketing, and nothing to show for the previous loans,” reads part of the petition spearheaded by Jefferson Murrey.

But Treasury CS Ukur Yatani says the IMF loan is necessary to tackle the COVID-19 pandemic and reduce debt vulnerabilities.

IMF on Saturday announced it approved a $2.34 billion loan to Kenya to help support the country’s COVID-19 response.

The Washington-based international lender said its executive board approved the 38-month program under the Extended Credit Facility (ECF) and the Extended Fund Facility (EFF).

“The three-year financing package will support the next phase of the authorities’ COVID-19 response and their plan to reduce debt vulnerabilities while safeguarding resources to protect vulnerable groups,” IMF said in a statement.

The 2021 Budget Policy Statement indicates that Kenya’s public debt stood at Sh7. 06 trillion as of June 2020, equivalent to 65 percent of the GDP.

Where is that petition we sign? Give us the link.

Kenyans missed the “For Sale” sign on the country. This administration is bent over on put the nation in deep debt. Kibaki or Moi barely borrowed but the country still made slow and steady progress.

When you hear "strong commitment to fiscal reforms", that means Uhuru and his government have agreed to put a rope around the neck of Kenyans. To make positive fiscal reforms in your you country, you do not need IMF to have to tell you. IMF, WORLD BANK and DORNOR nations are the three evils that have brought misery and doom to the Africans. IMF condition for giving them money- is always-when our leaders agree to make our lives a living hell: Tax them more, suck most civil servants, make them work under contracts rather than hire them directly, sell your assets to our friends, open your economic doors to foreign mega corporations. squeeze more blood from your worthless eaters you call-citizens. If we don't put a stop to this madness - we will soon be their subjects.

The 200000 are more than enough for a revolution to succeed in Kenya.More could have signed had it not being for the iunexplained/suspicions $11 commitment demand which made it look like a scam.Thugs Uhuru,Ruto,Raila,Kirubi,Ngilu,Kibaki,Wanjigi & Co.must face the firing squad for Kenya to move an inch forward.

where is the link

It's time for Kenyans to start making both the lenders ( Colonial masters- slave masters-) and our borrowers (current day home-guards) feel very uncomfortable about their shameless actions of selling our country and resources for nothing while receiving loans that are not needed from people that refer to us as " Shit hole" countries
Kenyans wake up and say No to all foreign aid!!!

Uhuru said the other day that, Kenya loses Shillings 2 Billion a day to corruption. There is enough money in the country. Just round up your fellow corrupt leaders, judges, prosecutors, lawyers, policemen, governors, civil servants; namely: Waititu, Ojaamong, Philomena Muilu, Sonko, Rotich, Kamau Thegu, Obador, Waiguru, Watengula, Muda, Raila, Kalonzo, Ngilu, Kidero, Ruto, all the corrupt goons should be quickly arrested and made to surrender all the looted money with penalty and interests and fines. That is more than enough money for us to pass on this dirty IMF loan.

UHURU Will not and cannot fight corruption due the same facts Jomo created it...Moi perfected it, KIBAKI was caught up in it, UHURU has no direction whatsoever...but how do you stop corruption when your family and inner circle are minting billions??