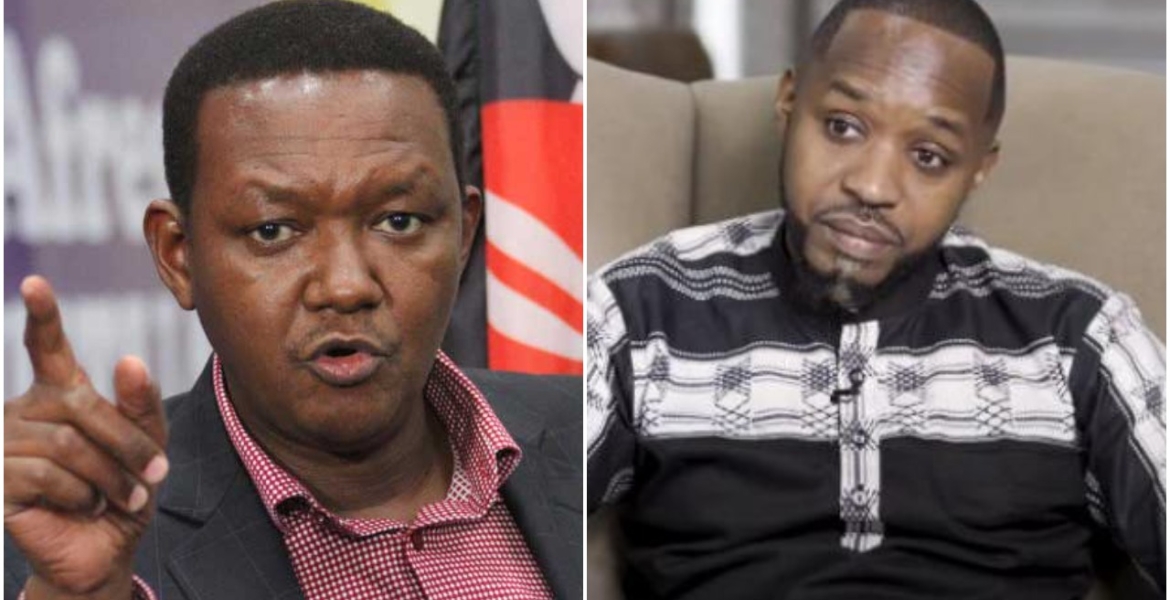 Machakos Governor Alfred Mutua has demanded an apology from activist Boniface Mwangi for linking him to the attack on his house.

In a demand letter, Mutua also asked Mwangi to pull down all social media posts, including a video in which the activist blamed the governor for the raid of his unfinished house in Lukenya, Machakos County on Wednesday night.

"That you retract and pull down ALL of the said libelous and defamatory publications, of and concerning our client in the same prominence as in the offensive publications; That you publish an apology which is acceptable to us in flee manner approved by our client;" reads a demand letter by lawyer Harrison Kinyanjui.

Three attackers armed with pistols are said to have assaulted workers and robbed them of personal effects before blowing up the house that is under construction with detonators.

Mutua termed Mwangi's allegations as false and defamatory, saying they injured his character as a leader of good standing of repute.

The governor argued that the implications of Mwangi’s posts “touch on his leadership abilities and qualities germane of a person seeking to be elected in Kenya as the President in the forthcoming 2022 general elections.”

He demanded that Mwangi undertakes, in writing, that he will not publish any further defamatory statements in a similar manner or related to the offending article.

“Our client will otherwise set in motion the legal process for redress in default of you meeting the terms of the demand as herein demanded and will further seek and pursue ancillary relief and damages at your risk to costs thereof, without any further or other references to you in this regard,” adds the letter.

This kid mwangi is riding on the wrong side of the street! Blame game on very where without solid facts!

Ukikosa kulipa kodi ya contractors, watabomoa nyumba! Maybe mwangi had refused to pay someone he owed some cash, and so they decided that get a revenge.

UNTIL LEARN OTHERS ARE WORTHY TO LEAD KENYA..NOT TRIBALISM

KIAMBU MAFIAS ARE MOST DISRESPECTING PEOPLE IN KENYA.