Man Wants Genitals Removed for Him to Be Sexless, Alien 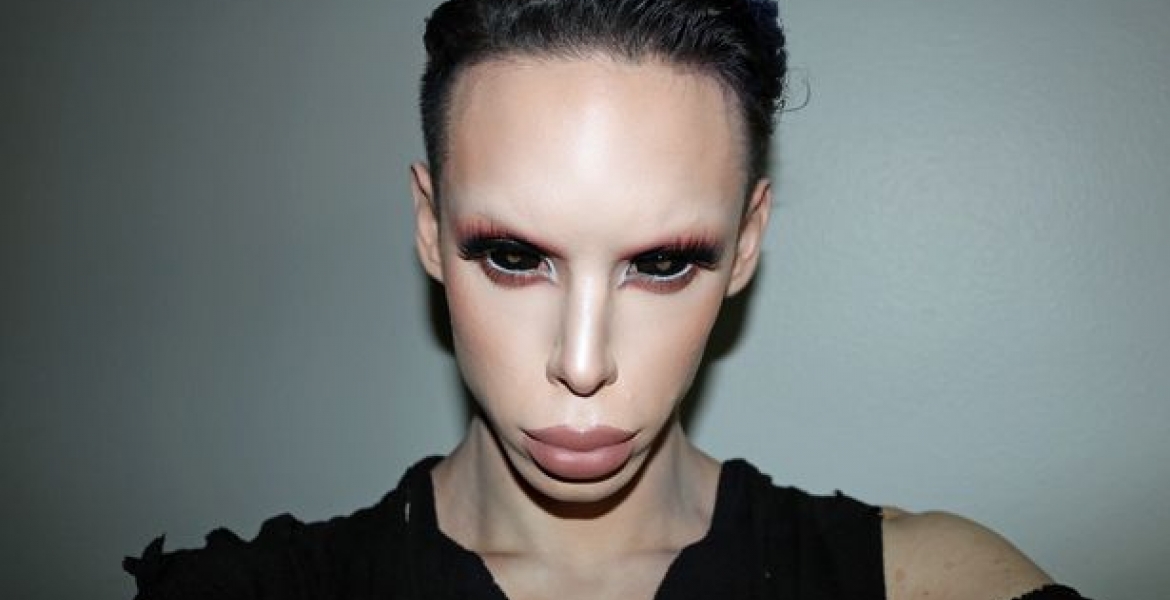 A 23 year-old man wants his genitals detached to enable him accomplish his dream of being an alien, a dream he has had since he was 17-years-old. Vinny Ohh, a make-up artist from Los Angeles, says he wants to be neither a male nor female.

According to sources, Vinny has already spent more than $50,000 on more than 100 different superficial surgery procedures in a bid to transform himself into a ‘gender-less alien’ and has also undergone two rhinoplasty operations and 35 body and face laser treatments.

The young man wears large black contact lenses, fake nails and strikingly colored hair, said that he grew up in a small town in Oregon, and has never felt at home.

“My goal in regards to my look is to become an exact, scientifically proportioned, sexless human being. People talk of ‘gender reassignment’ but am looking to have ‘gender unassignment’. Am looking to change my genitals so there is nothing there, there will just be a hole to pee out of,” he said.

He adds: “When people ask me how I’d label myself, I tell them am an ‘extra-terrestrial, hot mess, self-obsessed.’ It has becoming my slogan,” Vinny explains.

Vinny is set to have a final surgery to transformation, which will include having his genitals, nipples and navel removed and this will cost him $160,000, although surgeons have told Vinny that they might not be able to perform the surgery.

“This procedure has never been done. It is totally a new territory. Its experimental nature is highly risky and it could also impact on basic bodily functions like Vinny’s ability to urinate,” said Dr. Simoni, a renowned plastic surgeon based in Beverly Hills.

“I don’t want to become a woman, I just want to be nothing. Some parents have actually said that they want their kids to be like me, that I am an inspiration to children who don’t feel like they belong” Vinny added.

Interesting. what will happen when he wants to change back to a"human being"? go through a battery of operations...?For a fee, there will always be a shrink to tell you what you want to hear.Looking forward to a few copy cuts to join him and eventually form their own colony.This is personal freedom stretched to the limit, in my opinion.However, not in the least would I want it to be curtailed.