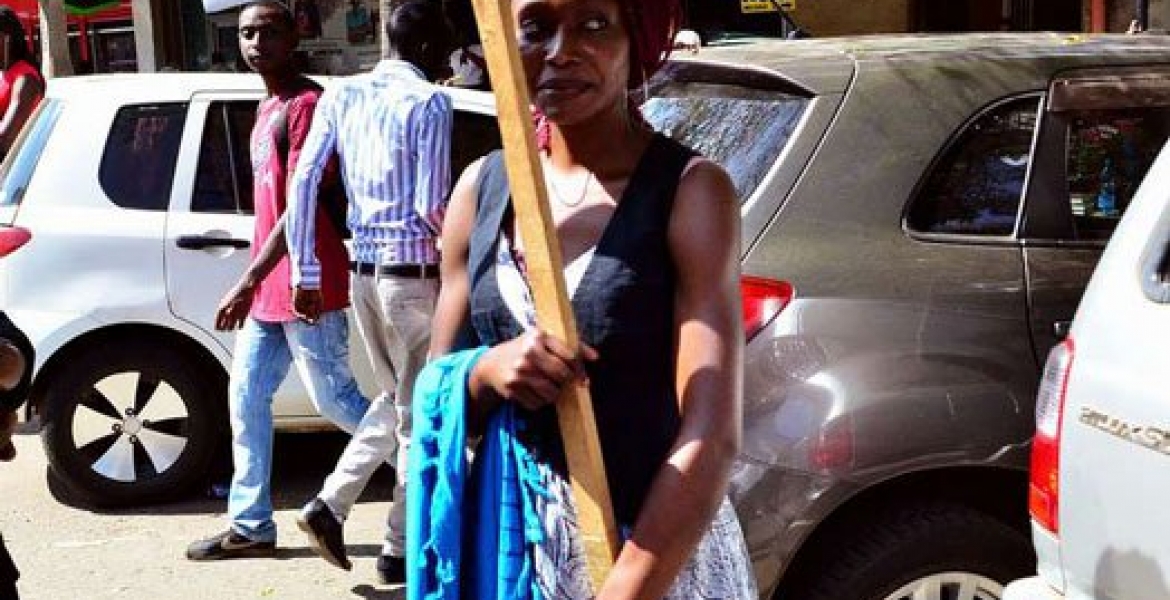 Cate Gachara, the 27-year-old Kenyan woman whose story went viral on social media after being pictured along Kimathi street in Nairobi carrying a placard saying she was looking for a mzungu husband has finally spoken out.

On the placard, the mother of three said she was God fearing, was looking for a 'white husband', provided her mobile phone number and warned jokers to keep off. “I am born again. When I wrote the placard, I specifically wanted a white man, it was because I know Kenyans are jokers.

A white man will always deliver their promises and help you out with your kids. It is not common for a white man to just leave you because he has slept with you,” Ms Gachara said in an interview with Nairobi News on Sunday.

Although she is aware that having three children narrowed her chances of getting a suitor, Ms Gachara, who resides in Rongai, says she remains confident that she can work hard to complement the income of the family.

She revealed that her former boyfriend and father to two of her kids neglected them after traveling abroad and allegedly marrying a mzungu lady.

“My former boyfriend went to school in India and I later heard that he relocated to the USA. I hear he is now leaving with a ‘Mzungu’ (white lady). When I speak to his parents, they only say they are willing to take care of the kids. But I am not comfortable with that arrangement,” she said.

“I am looking for a man who can love me and support my kids. Life has been very tough for me,” says Ms Gachara.

She claimed that her Ugandan father and Kenyan mother had passed on. She told Nairobi News she earns her living by doing casual jobs.

So Ms. Gachara: Yours is the Mzungu you're looking for VS the Mzungu he has in the US. It's Revenge. And what's the name of this Runaway X of yours?

I thought she is announcing she got married to a white man.

Exactly. This is why I was asking for her to tell us her X's name.

And you thought racists only exist abroad! How many Kenyan women have greatly suffered under the hands of some of these white husbands even to the point of getting killed? Ms Gachara, you have some growing up to do, pole sana.

Very true. Some of these Wataliis are PedoFugitives seeking refuge in Kenya.

if aman who was having it rough put out an advert looking for a wife,iwonder how many calls he might get.probably calls insulting him.its worth a try... whats good for the goose is good for the gander

That was hilarious comment maxiley. I really wonder how this would look like if it was a male so much for gender equality