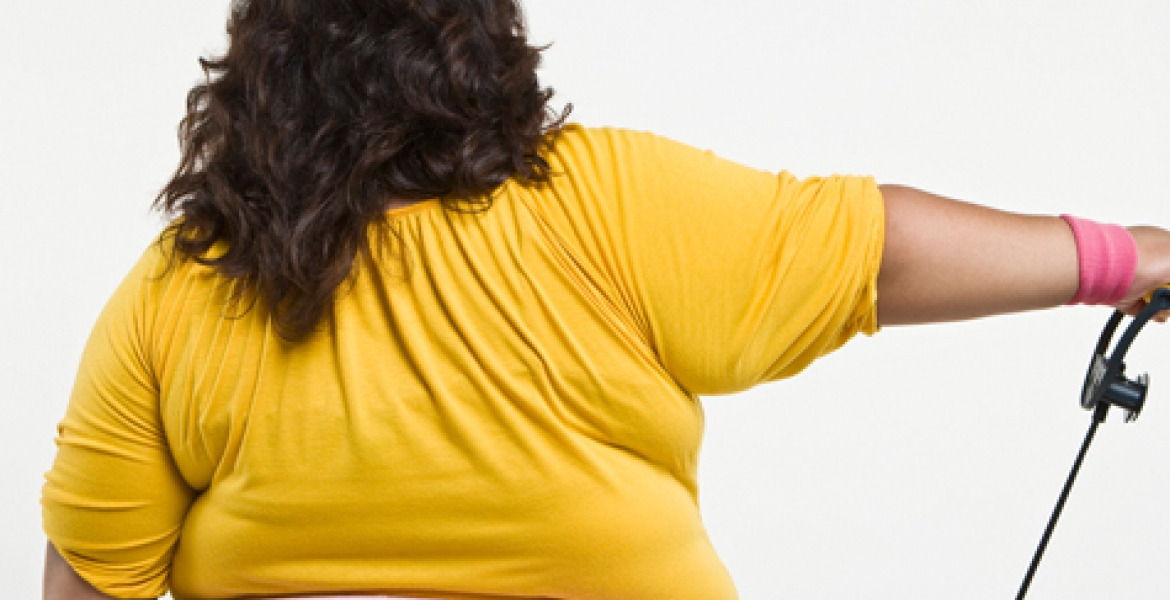 A new report by the World Health Organization (WHO) indicates that Kenyan women are the amon the most overweight in the African continent.

The Africa Nutrition Report further indicate the percentage of women categorized as overweight in the Africa stands at an average of 23.8 per cent. Ethiopia has the lowest at 5.7 per cent, while 50.6 per cent of women in Swaziland are overweight. 32.8 per cent of women in Kenya are overweight. Sao Tome's stand at 33.7 per cent rate, Zimbabwe 34.9, Comoros 36.3, Mauritania 38.4, Lesotho 44.6,Ghana 40.1 and Gabon 44.1 per cent.

"Obesity is a risk factor for non-communicable diseases and is included among the nine voluntary targets for 2025 in the Global NCD Action Plan," the report released on November 21st states.

Watu waende gym and that includes the forever pregnant men in that country :-)

I think our diet choices are more to blame. We need to rethink our waru, chapo and ugali culture..

I believe everything should be in moderation , portion sizes and regular exercise , that's it .

Infact @FG2, the survey should have been about those perpetually pregnant men rather than the women. That is the bigger problem hehe!

OBESITY in Kenya is due to:
1. DEPRESSION is a Growing Problem amongst some Kenyan Women (that drives them to Comfort Foods: Sugars, Sweets, Fats, etc. and Comfort Sleep (oversleeping).
2. MOTORBIKE Transportation has Made Matters Even Worse. No more "footing" to school (madams), no more "footing" to Markets, Shopping Centers, or Visiting Friends or Relatives.
3. MIPANGO ya KANDO are Culprits to Weight Gain too (for Just Sitting there as Sponsors " kicking in doors" with Money for Fish, Chips, and Mandazis. 3. CORRUPTION and Easy Money that comes with it (just sitting there as Money Comes to you in Paper Bags e.g Waiguru).
4. TUMBOCRATIC men of Kenya (getting into Politics for their Greed and Feed).
5. UnEducated Motherhood(s) of Today adds to it: Women no longer "Tie the Ropes" like in Good Old Days. Instead they "Tie Foods".
6. More FEEDIND (on InOrganic Foods) and Less GYMING.
7. HIV Meds do it too; some Kenyans on these Meds look Bigger and "healthier" than ever.
8. And do I have to Mention those Female TV Personalitites and their Steroid Heaps? and How about Socialites like Vera Sidika and Company?
9. Kenyan MEN are liking it BIG too.
10. Those School Buses too. Pheew!!!

Wow ... am impressed you did not blame uhuru or kikuyus for obesity in kenya

This is a problem with Kenyan men as well....It's a ticking time bomb as a result of sedentary lifestyles that have infiltrated the middle and upper classes in Kenya.

On average I think Kenyan women are skinny. How many Kenyans can afford 3 good nutritious meals per day? The overweight Kenyans are the minority because they come from rich & middle class families

I would think that Kenya men rank up there as well.Unfortunately in Kenya, this "extra fat" is a result of so called good living.Women dont work on the farm as much, they drive,they party,they swing,and they are eating less of the"african foods",opting for western cuisine.And finally doing less physcical exercise.
With Kenya men, the potbellies come from lots of nyama choma,and masanga/alcoholic bevarages in plenty. Especially at this holiday time of the year. And ofcourse less exercise.
The older they get, the lesser their physcical activities. Time to change behaviour otherwise will have alot of sick wananchi.

Eating in moderation is the key i eat waru,chapos and ugali quite often and my BMI is within normal limits

Free gym classes and education on the advantages of maintaining a healthy lifestyle. However you cannot blame them they have more important things to worry about.

Read some of these reports with a pinch of salt. They talk of samples, percents and rankings-which may not accurately represent your experience and reality. What does it matter if Chad or Eritrian ladies are lighter than my Kenyan sisters? I will never get to Chad or Eritrea to sample their figure 8s or good health, so the ranking is not a reality to me. I do not live well because someone north of equator lives otherwise. Look at it another way if a particular country ranks low on weight and an individual is over weight, the good ranking is not reality to them. These countries are quite different in lifestyles and nutrition and so what matters is a good health-weight alone does not define health. I guess comparing populations that do not have interacting characteristics is at most academic/informational and not meant for public consumption.I agree with WHO findings but disagree with the interpretations, dimension and direction we are trying bandika on the study.

Manyake versus mifupa. Simply put, the haves and not haves of society! Remember we have imported American culture, KFC, nandos, etc....If you pop in these joints in Kenya, the guys using them are obese, American style, including their children. I am relatively slim, and the last time I was there, I felt malnourished compared to those people. My mum even commented like: "Ado mareshiria utoraga ku na mwere oshio waku?" Our cultural beliefs is an issue given this comment as clearly if you are large, you are considered to be doing well in life. My sister on the other hand is the size of a barrel, pants and sweats with every move, but boy, are my folks proud of her! They literally drool at the sight of her and openly comment how well she must be doing at majuu! It's funny that when they need the coins, it turns out to be a different matter!

Notice how western societies try to find an equivalency to their issues. That's why they are bringing KFC and the likes to Africa as they want the same damage of diabetes and high blood pressure done in African American neighborhoods by Popeye's,Burger king etc...

@Magana Wa Kamau, that's exactly what I meant, Unfortunately not as good as writing in Kiuk as speaking it! Thanks for the correction. Vanessa, I am one person who is proud of my culture and if I could write well in Kiuk like our Anonymous does, I would be doing it here with pride. Kama wewe una inferiority complex of your heritage, dada please note I am not of your category, otherwise I would not even write it. So peleka negativety zako pengine. Got that? Kama umeamka in the wrong side of the bed, I suggest you roll right back and go to the other side. You are backing the wrong tree Vanessa. Correct like wa kamau, not payuka maneno as if you know me! Sorry Imara, if someone comes for me, I will call them out!

we need them in cold weather, understanding in marriage than the thin who their mind is to devorce remarry five kids with different fathers with child support still dating 100 men