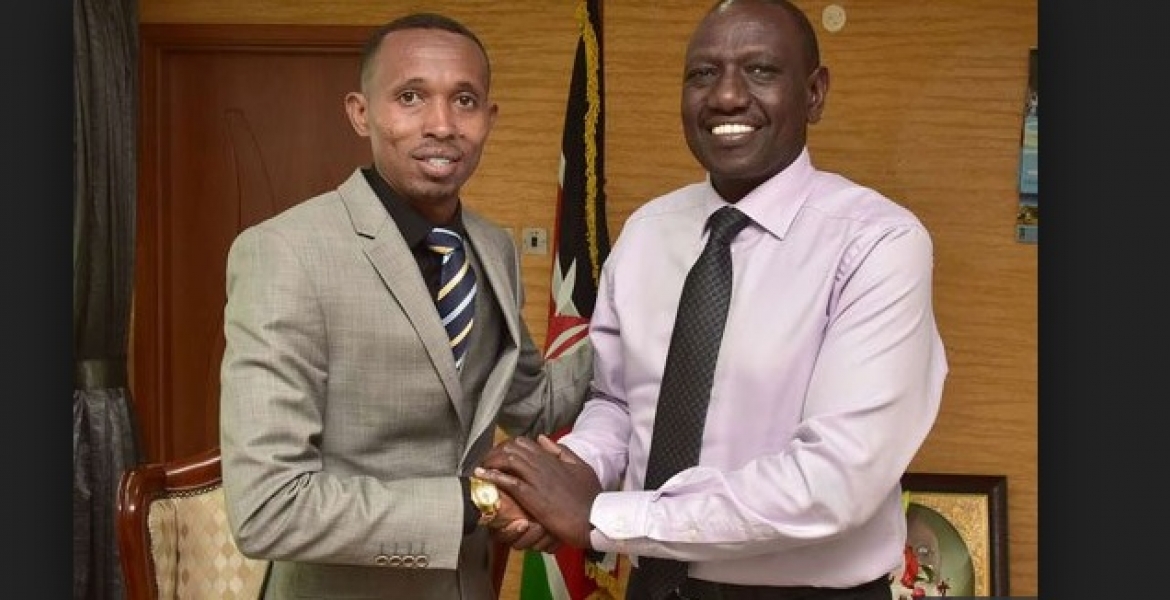 In a post on his Facebook page, the first time MP uploaded a photo of him shaking hands with the Deputy President, but a majority of Kenyans who reacted to it seemed unimpressed.

"I had an opportunity to meet His Excellency DP, William Ruto. We discussed a wide range of issue touching on the people of Nyali especially in the context of community's social progress - Education, Proper Healthcare, Employment Opportunities and Security," The MP wrote.

"The DP pledged to support my agenda of service to the people. I equally promised him my unequivocal support in backing the Government's Big Four Agenda and his efforts to bring forth a united Kenya.Tuko Tayari!" He added.

Here's what a number of Kenyans had to say about the meeting between the two;

Samson Kereu Nyabuto said: "Official Jicho Pevu do you still see evil in society? How many acres has the land grabber promised you for your support for him. Jamaa tunawajua hizi hand shake ni za political survival. You became useless the moment you started fighting individuals instead of fighting for the people of Nyali."

Jackson Muciocs said:"Mohammed i really supported ur agenda when you had signs of national leader .As un investigating journalism you did me proud, a national leader .congratulations. You exploited alot of evils and corrupt leaders,but ur now contaminated and stinking just bcoz of political tactics. I dont support you anymore more. May God raise another hero."

Chisano Joaquim noted:"Huyu ni yule Moha who vehemently condemened grabbing of a school playground of Langata Primary school ? Can you jog your memory on what you said at Jeff Koinange's show jkl live at then KTN about Ruto ? What's your say Moha abt 700 % increament of MPs pension ? Power can change a person .."

John Kamau said: "Moha's time to serve Kenyans ended after he became an Mp. Its now time to catch up with his colleagues so they can serve themselves."

Hon Wanyama PM noted: "You lost the glory immediately you left investigative journalism... You now look like what you stood against."

Odengo Evans said:"This is a journo who hit them hard & called them names & unearthed their dirty deeds. Now he is busy dining with them. Infact he is them."

Kenyan's we are our own worst enemies. This man has made clear over and over that his main responsibility and duty is to serve his constituents and it is not to fight useles political battles. As you can see, those commenting here think otherwise, they would rather he just plays politics of insults and noise and forget those who elected him. No wonder a fellow like Miguna has a big following from a certain area. Need I mention the Lop ?

Great job Mohammed, the way to go, even those who are commenting negatively are not from your constitency so why bother with them and yet they wil not vote for you, work for your pple bro