Kenyans Online Demand for Release of 24-Year-Old Woman Jailed for 15 Years for Having Sex with a School Boy, Say Sentence too 'Harsh' 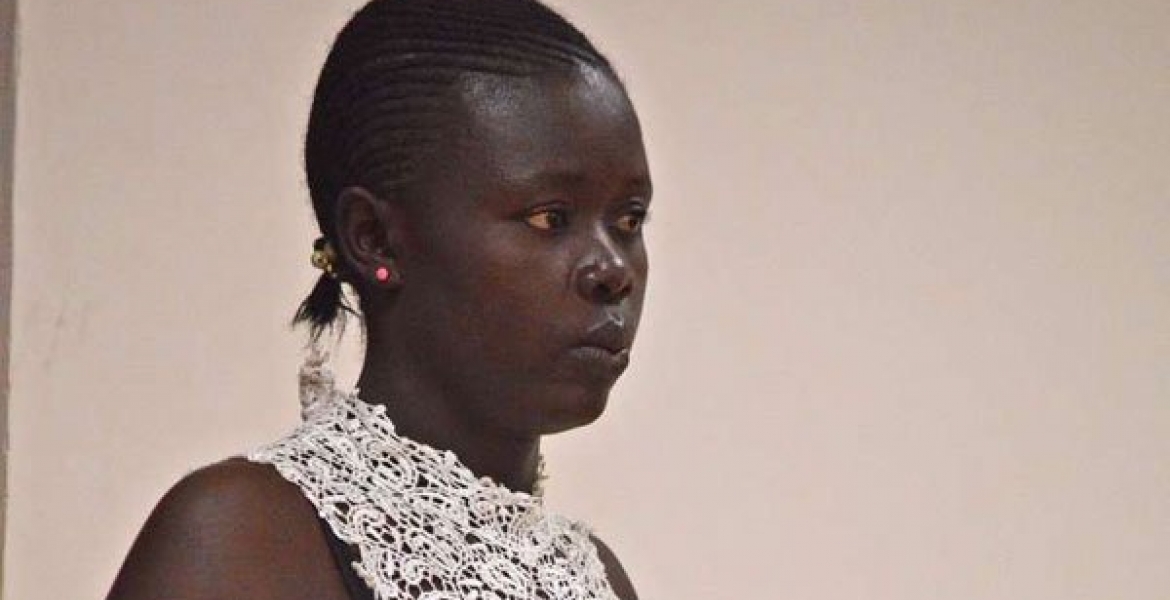 The decision by a Kisumu court to send 24-year-old woman to jail for 15 years for defiling a 16-year-old boy has left Kenyans online infuriated.

Judith Wandera was handed the sentence by a Kisumu Magistrate’s court after she was found guilty of molesting the Class Seven boy on various dates.

In one of the court sessions, Ms Wandera admitted to committing the crime, but defended herself saying she had no knowledge that the boy was a minor due to his bodily complexion.
“We met in April 2016 on one evening at a drinking joint in Kondele. He even offered to buy me drinks and settle the bill before we exchanged phone contacts and started dating,” she told the court. “The boy had dreadlocks when we met, but after being taken to juvenile prison, and he was shaven, I was surprised to see how young he looked when he came to testify,” she said.

However, Kenyans took to the social media to decry the harsh sentence imposed on Wandera, who didn't have an attorney or a witness during the case.

The group has even expressed plans of setting up a PayBill number to raise cash for hiring a lawyer for her to appeal. One user by the name, Kamotho Waiganjo, termed the sentence as “unjust and offensive” and called for change in law that defines who an adult is.

Wandera was found to have contravened Section 8 (1) of the Sexual Offences Act, which states that a "person who commits an act which causes penetration with a child is guilty of an offence termed defilement."

Sub-sections (4) of the same act stipulate that a person who commits an "offence of defilement with a child between sixteen and eighteen years is liable upon conviction to imprisonment for a term of not less than fifteen years."

A legal firm, Dome and Kegoro advocates, has  since offered to file an appeal for the sentence on behalf of Ms Wandera.

“Take notice that Judith Khayosa Wandera, the appellant being dissatisfied with the judgment of the chief magistrate… intends to appeal to the High Court of Kenya against the judgment,” read the notice in part.

Add more years and put her name in sex offender registry she is a pedophelia. Child molester

Who PERSUED who in this so-called "Underage" relationship? In other words: The "Underage" boy needs to be Locked up too (maybe is Juvenile Detention or APPROVED School somewhere). The boy is a Disgarace. Kwani alijikutaje KUSIMAMA?

The harsh sentence shows the need to re-educate this Judges. Judges and legislators are the biggest sex offenders in Kenya. This is an example of a moralist preaching water but drinking wine

Unbelievable: what law school did s/he attend? Close all law schools permanently for training and certifying incompetent people as judges.

This judge should be assigned to re-sentence Anne Waiguru and sentence her accordingly.

The judge could have been BRIBED. Meanwhile: We have Women Reps and Women Mps sleeping with Underage University kids (pumped on Viagra bought by these Wangu-wa-Makeris).

@Kenya: You believe wrong. Why? The 16 year old was able to respond sexually to the demands of the 24 year old woman.

The famous Mahatma Gandhi fro India was only 13 years old when he married his wife of the same age.

When are we going to stop aping and following laws borrowed from an alien culture?

@ Amadiba.You raise avery interesting question . At what age does agirl become a woman? Note also that Mohammed the prophet married a 9 year old girl.
As I have said on this forum, I go where SCIENCE leads me.And I think there is consensus that athirteen year old girl is too young for marriage,or sex-Going by SCIENCE.
Generally when it comes to sex is is another story when it comes to boys.I honestly dont see what harm could be there with a sixteen year old boy having sex with a 24 year old woman.After all, isn't that what boys at that age want,as opposed to girls at that age?
Most fathers will not be as disturbed with their 16 year old boy having sex as opposed to their 16 year old girl. Ofcourse they would with that did not happen...That's my opinion.
I think this sex law is there mainly to protect girls,but to be politically correct,it has also to protect boys.
Right now,in Kenya,under the guise of tradition,you will find some wazee with girls as young as 13 married to some old wazee.Before we castigate this young woman, we should round all these wazee first.
Granted that there are some 16 year olds who are even mentally mature that 39 year old,may be it should be on case by case basis.
See law is avery tricky thing, if we apply standards of the community, we will find out that some communities dont see aproblem with someone having sex with a minor.Like I said, let's go with what science tells us that is appropriate for human beings to engage is sexual intercourse.
And yes the purnishement meted out here is too harsh for what this lady did.Where was she when I was at that age:)

Orengo, you are one of our leading lawyers in Kenya. Please do a charitable act and represent Judith Wandera in her appeal and she can go free. If her story is true of how they met and fell in love, this 16 year old should be considered as an adult.

To she was supposed to b set free.Why juu who could have dared to know the age of a big boy who has dreadlocks n driving bodaboda in town.When u see such guys in our streets working u will definitely assume they r adults.Thats Simple n that’s what the judge could have concentrated with.Set the lady free.If she appeal she will either get 2 yr sentence or b sent free.

@Maxiley. You are one of a kind! Your comments always make sense. I am with you on this issue. Science is the key academic subject because it does not base its findings that are to a based on "emotions" like other academic disciplines: It is based on research.

If Uhuru's academic background was in the sciences, all corrupt people would have been arrested and spending their time talking to cockroaches and flies in Kamiti Maximum prison. See what is happening in Tanzania when you have scientist as the head of state.

@Amadiba, that scientist you are praising from TZ is killing Tanzanians day & night. Any Tanzanians who question him for anything or raise his/her voice disappears in thin air and cannot be found. The other day Tanzanian politician was being treated in Nairobi hospital of failed assassination.

@Kenya, tell him for he is behind news coming from TZ. The guy in charge there is the real dictator. Let us not compare ourselves with TZ in almost all aspects besides RESPECT. These folks are respectful but unfortunately they are beginning to be corrupt.

Hahaha Amadiba, you may have to convince Guest1 that my comments always make sense...I have noticed that he/she.never comes out and point out where Iam wrong,except to say"maxiley likes to twist things...".
Yeap I still love to twist.I would like to Tango with Guest1 if female.Probably that will bring a"truce"

The Kisumu Magistrate’s court judge must have defiled a teenager in the past and wanted to clean his/her conscious by giving Ms Wandera such unjustified sentence.

@Kenya. Thank you for your objective comments. Terminating the life of a person is wrong.