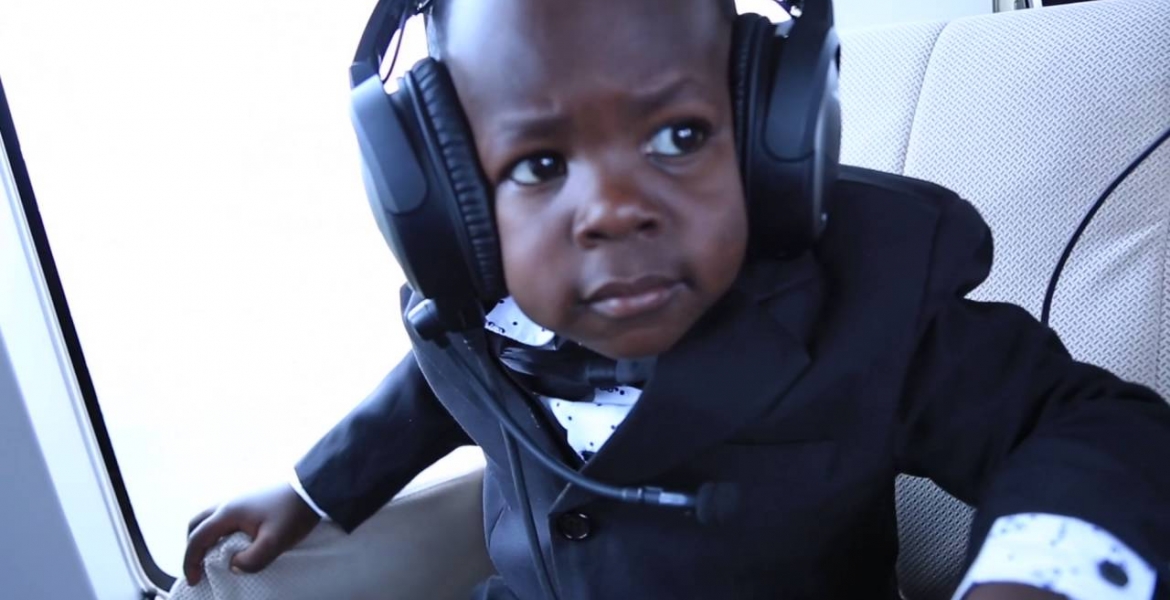 The Governor, who leads a lavish lifestyle, gifted the sleek convertible to Osinya as the little boy celebrated his 6th birthday.

In a video posted by Sonko’s wife Primrose and which has since gone viral, a joyous Osinya can be seen on the passenger seat of the new machine, surrounded by an ecstatic crowd.

Sonko adopted Osinya in 2015 after he miraculously survived a terror attack in 2014, but a bullet was lodged in his skull. Osinya's mother was killed during the attack where terrorists stormed Joy Jesus Church in Likoni, Mombasa and shot worshippers indiscriminately.

Three weeks ago, Sonko said the six-year-old has been developing on and off complications since undergoing surgery in 2015 and had been hospitalized.

“The Devil is a liar. My adopted son Satrin Osinya who survived a brain surgery after a bullet lodged in his brain was successfully removed by doctors at KNH has been of late developing complications on and off."

"He is currently undergoing treatment at the Nairobi hospital. All watu wangu just join my family in praying for him. May he be healed in the mighty name of Jesus,” Sonko said in tweet.

Just tell us you Gave the Car to the Dad. Or else you're Sick in the Head.

Sonko is a idiot. A 6 yrs old child does not need a Mercedes Benz. It is beyond his years. Let the boy be a boy and play with other kids with toys like ngurutuki

Right on. You hit him on the Head; or Below the Belt.

Time has come to remind DPP Noordin how he used to play "football"(plastics and other makasia tied together) outside KIRIGITI STADIUM football pitch with other village boys when the senior Kiambu Sharpshooters were in matches.His DC father let his sons enjoy their life like ordinary kids.Now as the DPP he should not behave like kina moneyed Tobiko and Wako.He can even invite FBI to investigate these druglords since our useless police/EACC are all pocketed by them.

Sonko is a very conflicted scared small boy trapped in a grown mans body. He does not have a clue who he is and where he is going. That said I commend him for adopting a small boy(who reminds him of who he is) and taking good care of him. But Nairobians you are in for a ride. Next time vote with your brain not your heart.

In other Words: Sonko is INFANTILE; Childish. And you're very Right. No wonder he Seems to Think that Dishing out Goodies is Maendeleo. Wrong (like Moi).

You get what pay for. Nairobians contracted an idiot and they are getting services of an idiot. Nairobi is the same league as Uganda was in 1970's when Idi Amin was its President. Fortunately for Ugandans they didn't get to elect Idi Amin but Nairobians did elect Sonko. Sonko treats Nairobians as low intelligent people and they deserve that. Soon he will start leaving this boy to run the City while he is outside the City, just as Idi Amin used to leave his wife Sarah to run Uganda when he was on overseas trips