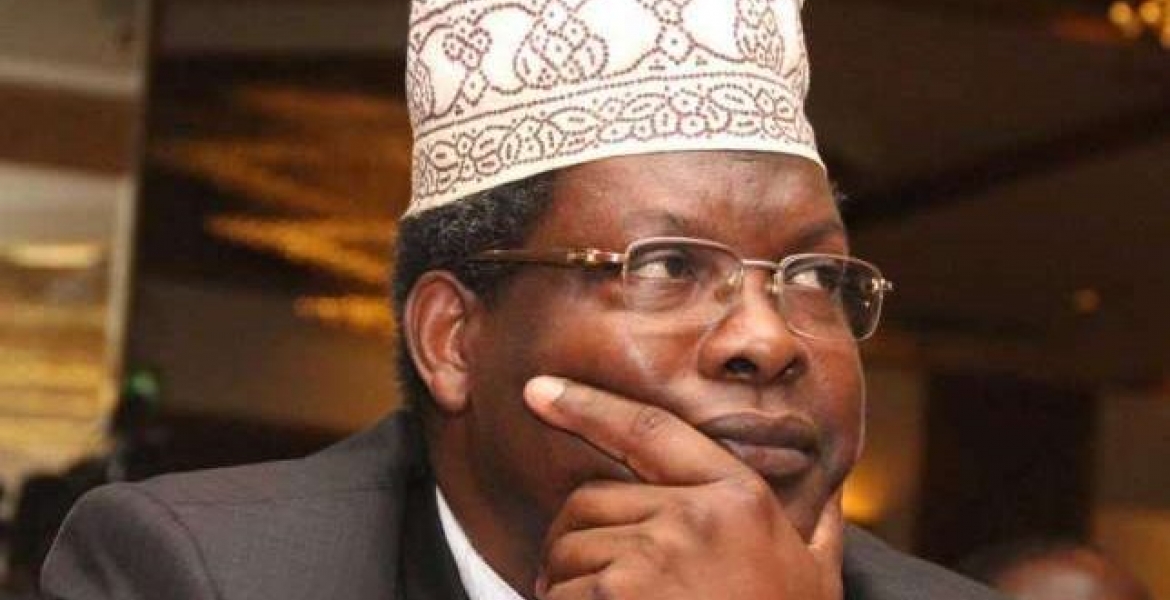 Miguna Miguna found himself on the wrong side after he attacked Kenyan football lovers on Twitter.

In a tweet, the self-proclaimed National Resistance Movement (NRM) general said it was unfortunate that Kenyans were obsessed with watching foreigners play soccer while they continue to suffer from hunger.

He tweeted: "Watching soccer is enthralling but when millions of hungry, exploited and brutalised citizens get so engrossed over foreigners kicking a ball around a field while dismissing their own hunger, homelessness, brutalised bodies and looted funds they need psychiatric certification."

However, his remarks evoked strong reactions from aggrieved online users, who felt the firebrand politician had crossed the red line. Here are some of the reactions we sampled.

@RealClintone said:"Leave us to have our enjoyment season, you have had yours."

@ESBONWAMBUGUNJ1 noted:"Your greatest enemy is yourself! Your sense of self worth make it hard for anyone to support you. Of course we have colossal problems in our country which won't be solved by us failing to watch the world cup matches. In fact it helps us forget the problems for a while."

@butrose_yano: "Let us watch in peace general... You continue twitting.."

@Stevenj61087178 said:"Pambana na hali yako can't u see everyone is busy but u keep on pushing us to get ur attention get a life mkubwa."

@kimnde noted: "Last I checked soccer unifies a people.... we all need to take a break from the whirlwinds of life once in a while....try it sir!"

@kellyGitahi tweeted:"Then you don't know anything about football if you say it doesn't unite people.'

@Muetah said: "kindly let us be. We dont all have to be gloomy just because you are."

@dennisochenja said: "World cup is biggest sporting extravaganza which we must watch. We have moved on and we are peace loving Kenyans and won't fall for your selfish interests of inciting us into a revolution. Remember to support Nigeria later today sawa?"

@jmoz09 tweeted: "This kind of reasoning is why I can't vote for you. We cannot complain 24/7,365.Sometimes taking a tactical retreat while watching the beautiful game is refreshing!You should try taking a break!"

Here comes Miguna again. Ofcourse this should not be news when it comes to this raving egomaniac as is known Miguna is obsessively egotistical and self-centered person

Wakanyugi Miguna is the mad man at St Lawrence Market,Toronto Canada.Why bother about other people's affairs?How do i provide food to the hungry by abstaining to watch soccer?I am sure Miguna's three days lunch can feed ten families of five for a whole month.

Miguna I thinks besides going to school and gain education skills..you have no commonsense.I think you don't think before you talk.Look how messy is your life now unless you swallow your pride even to the GK to accept your application and you pass a dual citizen..you are doomed.