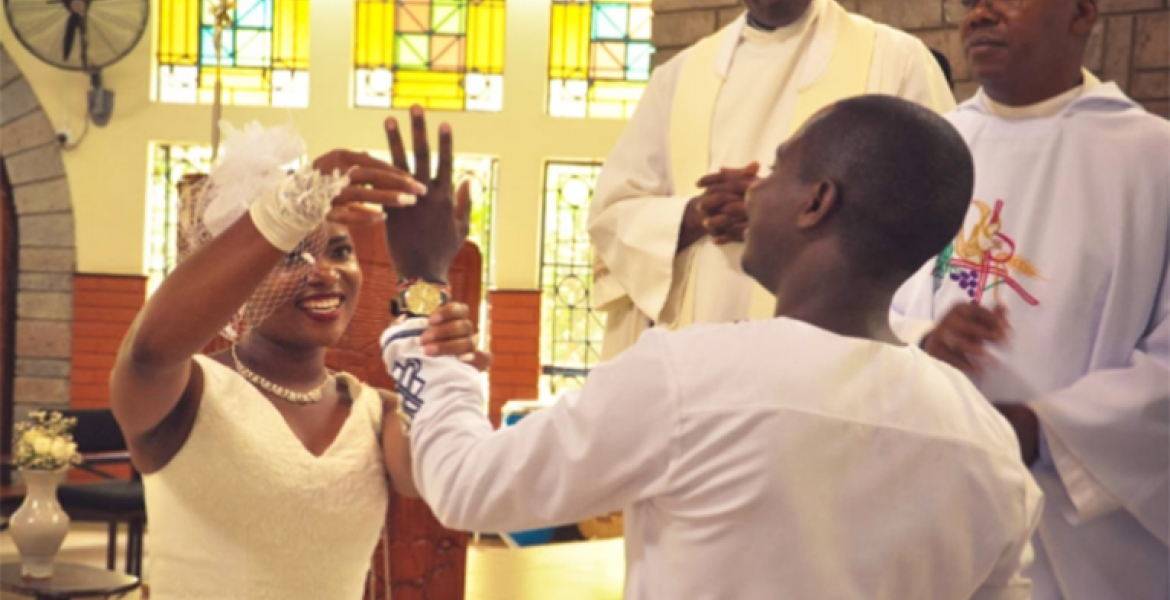 Kenya’s ‘youngest’ PhD holder Dr. Purity Ngina has tied the knot with the love of her life, Germano Mugambi.

The two exchange vows in a colorful invite-only ceremony held at Kenyatta University on February 22nd.

The scholar, who graduated with a Doctor of Philosophy (Ph.D.) degree in Bio-mathematics from Strathmore University in July 2018, says they decided to hold a 'simple' ceremony so they would not bother people with harambees.

“My partner and I did not want to bother people with harambees, neither did we want to hold a big wedding in a bid to show off. Growing up, I was taught to live according to my means. Of course, we could afford a more expensive ceremony, but again, I am fully cognizant of a future that lies ahead of us. Life doesn’t start and stop on a wedding day,” Dr. Ngina tells eDaily.

“With the budget of Ksh350, 000, Ksh123, 000 went to food, which we bought at Safari Park Hotel. That was enough to feed the 42 people, who attended our nuptials. My wedding gown cost Ksh40, 000; and I thought that that was quite much, given I am used to wearing mtumba clothes,” says Ngina.

“I did not want other people to contribute to our wedding, then once they leave the wedding venue, you’d hear some of them say: ‘Kama si sisi, huyo kijana hangepata bibi’. Above all, we are a young couple, and there is much life and responsibilities ahead of us. We could as well spend big on our wedding day, and scratch our heads in our house, thereafter, wondering where we’d get money to take care of ourselves."

Their union was officiated by three Catholic priests in a small church setting at KU while the reception was held at Safari Park Hotel.

The couple first met in 2009 while studying at Egerton University before losing touch after graduating from the institution in 2013.

Three years later, the newlyweds met in Germany, where they had both gone to study.

Ms. Ngina was on a six-month study scheme as part of her Ph.D. program while Mugambi was taking his postgraduate degree in Electrical Engineering.

“I was new in Germany [in 2016], and he was the one who showed me around, paid for my hostel and taught me how to survive in the European nation. We, thereafter, grew closer and ended up dating,” notes Ngina. 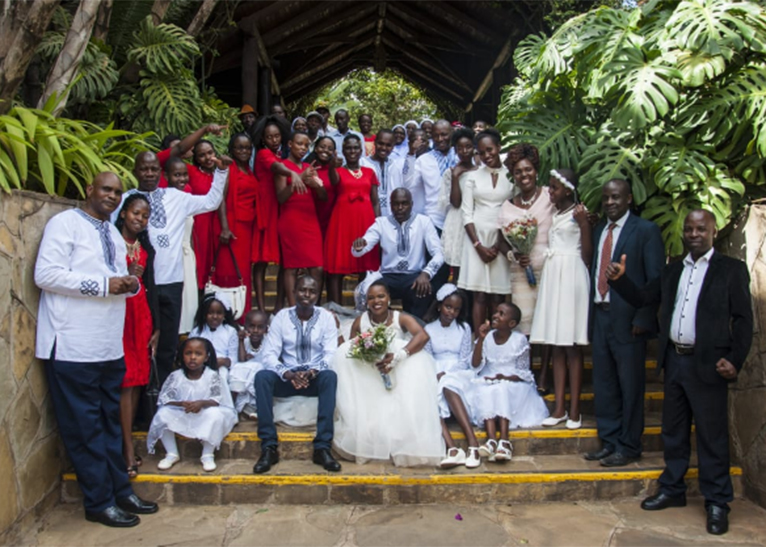 Instead of going for a honeymoon, the couple will visit Ngina’s 100-year-old grandmother in Nyeri County.

“That was the best gift we could give our elderly grandmum. She couldn’t travel to Nairobi and be faced by the buzz and stress that the city subjects one to. She was happy to eat the cake we took to her,” she says.

Mugambi, an electrical engineer, works as a lecturer at Egerton University.

Dr Ngina, 350k wedding is not simple to an ordinary Kenyan. That said I commend your thinking behind it and Kenyans have something to learn from what you said. You go girl!

hehehehe nonsense 350,000k is lots of money for a wedding n u dare call it simple??A simple wedding shouldn't b costly that way.I thot u ment 3,000 ksh.

Owada ma sista had her PhD at 26. Though half American.

I am elated when young people find love and success in life. But when people no matter who you are or where you come from live as if they have some to prove, hapo kuna shida kiasi. Live your lives, without feeling the need to explain yourselves to people. You've got absolutely nothing to prove, waking up in the morning is enough- if you don't believe me, ask those who couldn't wake up this morning. Live life man, and for heaven's sake keep masses out of your private lives🙂