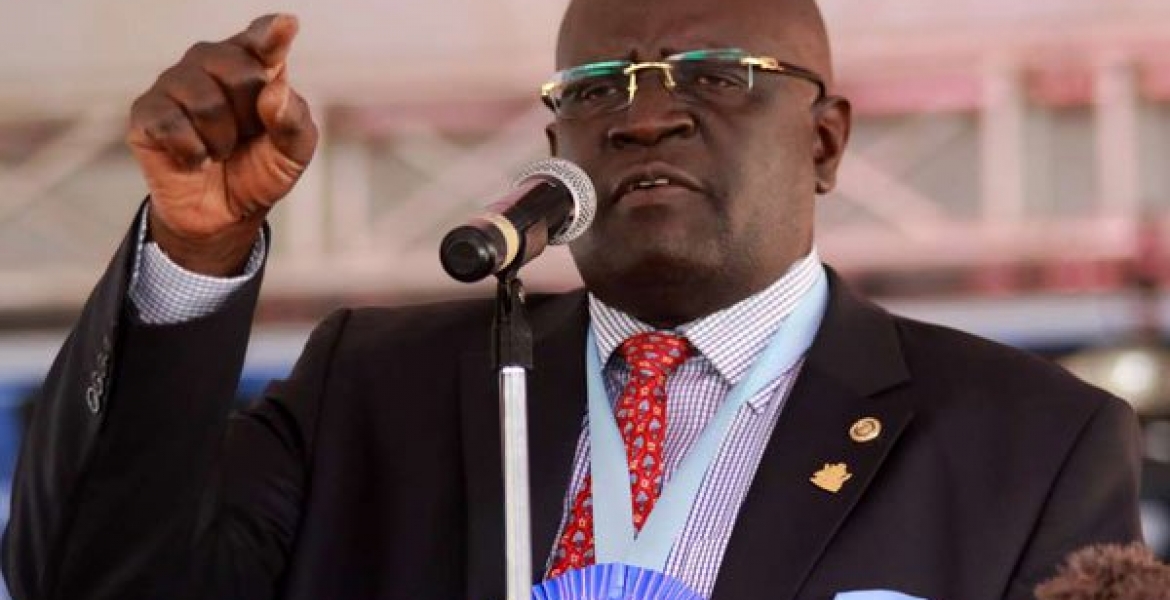 Prof. George Magoha was on Friday nominated by President Kenyatta as the Cabinet Secretary in charge of Education.

Magoha, who currently serves as the Chairperson of the Kenya National Examination Council (KNEC), replaces Amina Mohamed who has been moved to the Sports docket.

Those who have worked with him or know him describe him as tough-talking, no-nonsense, strict and selfless.

Magoha has left a mark in every leadership position he has been appointed to.

The 66-year-old is a medical doctor (Surgeon) having studied in Kenya and four other countries.

In his 91-page Curriculum Vitae, Magoha describes himself as a "top grade Professor of Urological and Transplant Surgery since 2000 at the University of Nairobi, trained in Nigeria, Ghana, Ireland, and the United Kingdom."

He has previously served as the head of Health Sciences Department at the University of Nairobi before being promoted to the position of Vice Chancellor in 2005.

It was during his time as the VC that sanity and accountability at the Finance Department as well as quality teaching and discipline of students at the prestigious university were restored.

He retired from the position in 2014 but the changes he made to the institution are still felt to date.

In 2016, he was appointed as the KNEC chair, where he also introduced radical changes that have seen the end of exams cheating in the country.

Hongera Prof. George Magoha. You goat the the qualifications to do the job.......91 pages CV. that sounds like a novel. I like 2 pages resume. How many people will have the patience to read 91 pages CV?

Exactly. And above all: With or without the 91 page CV: A straight up Performing and corrupt-free CS is what Kenya needs.

Sounds like a diary. Keep it aside and work for the Kenyan kids with diligence.

Exams cheating has not ended. Please correct that part.Also note that teachers are impregnating student at unprecedented level.So whatever he did is not quite complete...

Well we have seen many who have bigger CV n they speak how they have integrity until they join gavament then they become stinking asses,corrupt,brainwashed by the same gavana n they choose tainting their good name so to me it doesn't matter how educated,bigger CV u have.Its simple be principled n Work hard for the public n if they push you to the wall n find yrself in a compromising situations real men will resign immediately.Our money is bin stollen by phd,degree,masters holders???But for me i love this guy mr Magoha n i hope he won't b corrupted.Peace

interesting software word readers..can be faster but human being can lets say 2 minutes reading per page takes you 3 hour. Can he send his CV to Guinness book of record current record might be at 37 pages..

Now you media folks have started focusing and praise the wrong things; impressive CV alone cannot translate to the leadership/leader required to transform the MoE. So lets not feed Professor with kasumba of his past accomplishments, but rather encourage him deliver in his new position. Goodly Professor, your job is cut for you and so are your detractors in MoE. You have inherited a dysfunctional team and the first business item should be to clean-up, create a core team you can trust, speak softly and carry a big stick-like Matiang'i. Insist on delivery and quality, take no prisoners on small or big matters otherwise your impressive CV will be reduced to a rubber stamp for passing mediocrity. Turn MoE to a fare-thee-well.

Kenya is a Country saturated with so many Educated and Cheating fools. So let's hope Pro. Magoha is Not one of them.