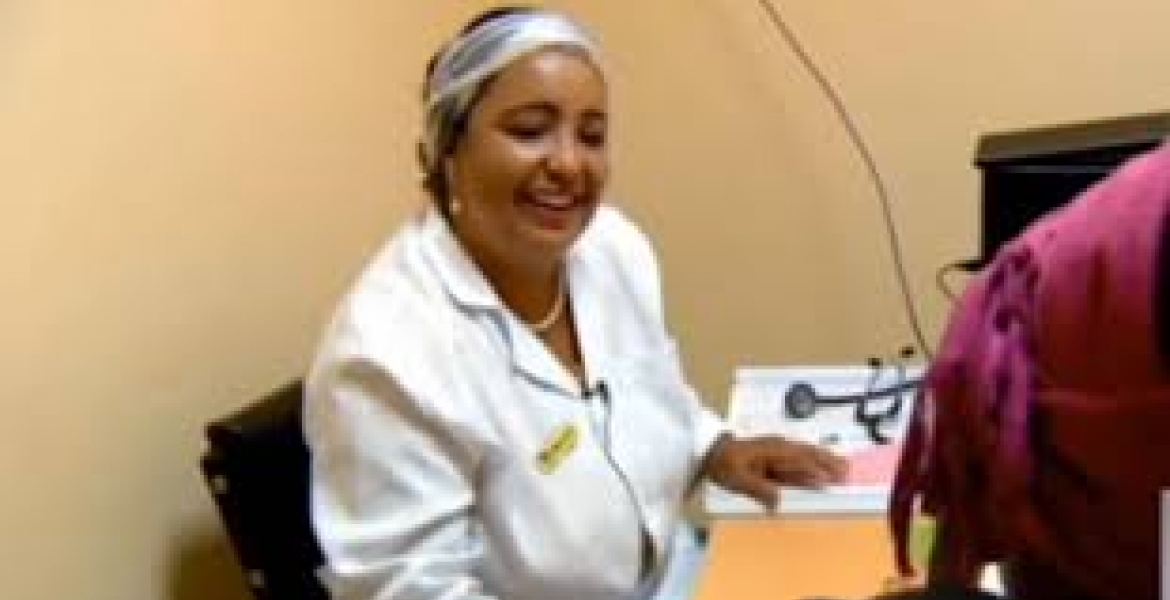 A Cuban doctor who has worked hard to learn local Kenyan languages has won the hearts of many Kenyans.

Dr. Yackline Castillo is among the 100 Cuban medical practitioners who were brought to the country last year by the government to help in improving the Kenyan health system in a deal between the two countries.

Most of the doctors from the Caribbean nation understand Spanish and a bit of English and require the assistance of translators to communicate with Kenyan patients.

Each of the 47 Kenyan counties was given two Cuban doctors, who are specialists in different fields.

Dr. Yackline, who was deployed to Siaya County Referral Hospital, has put an extra effort to learn Swahili and Dholuo languages.

By reading dictionaries that translate English words to Dholuo and Swahili, Dr. Yackline has learned a lot including various body parts and words that are mostly used in day-to-day conversations.

This has enabled her to easily interact and communicate with her patients and locals.

Locals who spoke to Citizen TV say they are lucky to have Dr. Yackline and describe her as humble, and interactive.

This MD is really dedicated, motivated and humble kudos to her. Let us not forget these MDs were brought in because our own MDs were busy referring people to their individual clinics, stealing medical supplies and generally poor performance and incompetence where everything was being treated as Malaria!! With these Cubans by their side I hope they have not neglected their work completely to attend to other personal matters while drawing a salary every month.

it is a calling to give service to the society especially medical field..without discrimination hongo etc Kudos Madam

This is very encouraging