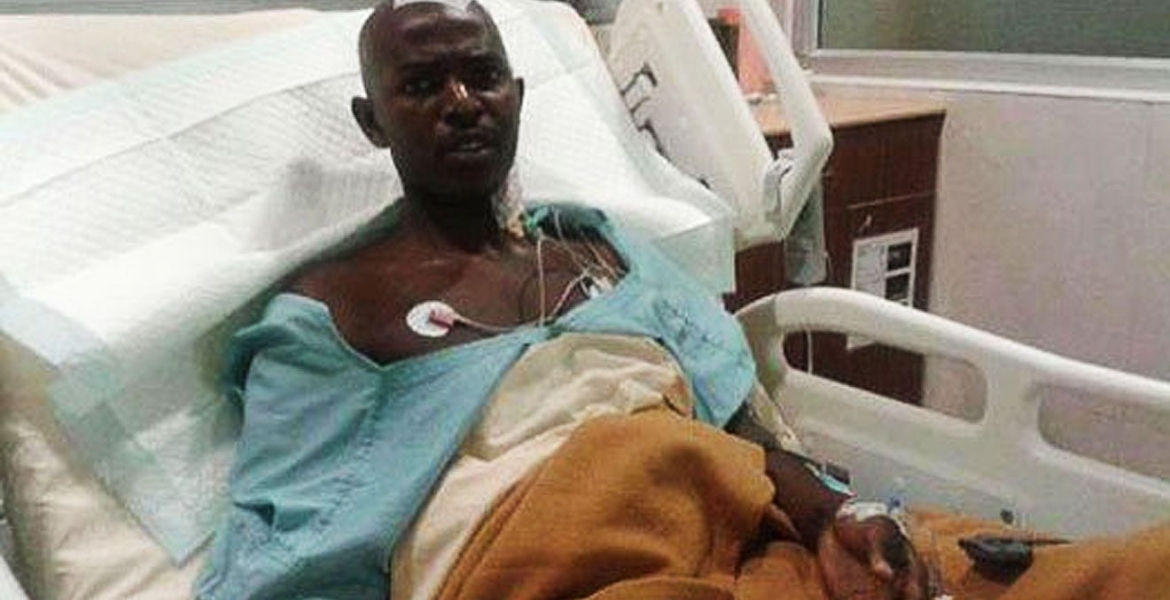 University of Nairobi (UoN) student Emmanuel Otieno alias Jadudi, who touched the hearts of many Kenyans after opening up about his battle with cancer, has passed away.

Jadudi passed on at the Jaramogi Oginga Odinga Teaching and Referral Hospital in Kisumu on Monday night, his family has announced.

His story went viral on social media in 2015, prompting Kenyans to raise Sh6.4 million in two days for his brain surgery in India.

His story was shared by online writer Jackson Biko in his August 4th, 2015 article titled “That thing in Jadudi’s head.”

Jadudi has been suffering from a cancerous brain tumor known as Ependymoma since 2012 and dies after undergoing several unsuccessful surgeries.

Months after undergoing a four-hour surgery at Apollo Hospital in India, Jadudi was diagnosed with another brain tumor in 2016.

Kenyans have taken to social media to condole with the family following the news about his demise.

Rest in Peace Jadudi, you fought a good battle, now rest with the angels

Jadudi - I'm so grateful that I was able to meet you my fellow brain cancer warrior. You are a hero and an inspiration. Rest in peace!