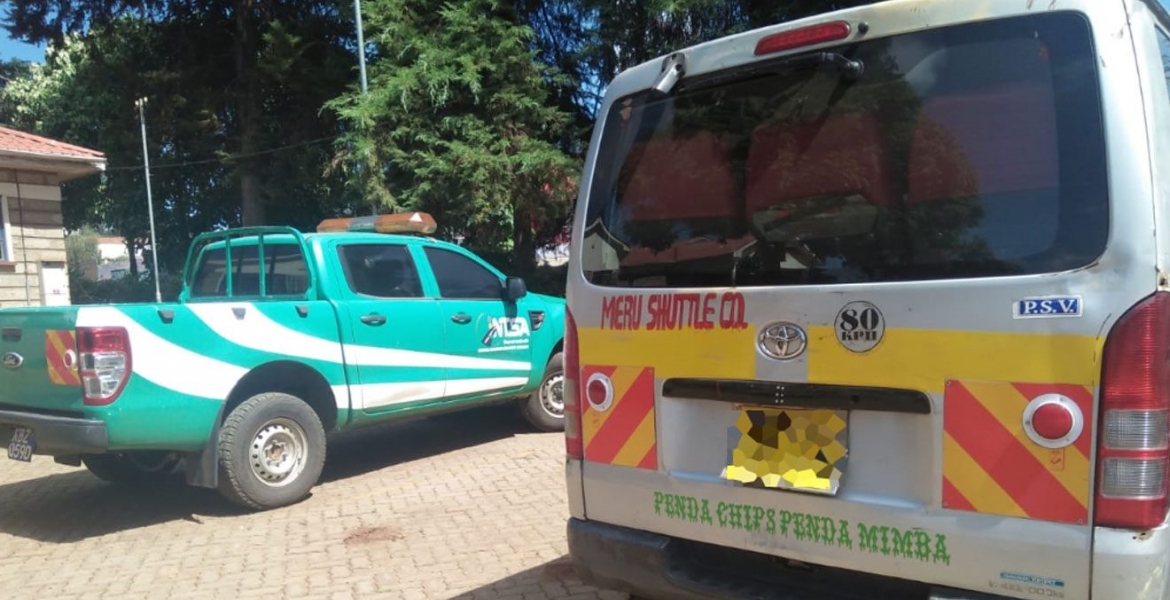 The National Transport and Safety Authority (NTSA) has summoned a matatu driver and a tout captured on camera harassing a passenger and her child.

The two were filmed forcefully ejecting the woman and her child out of a matatu belonging to Meru Shuttle Limited after she allegedly declined to squeeze on the seats to create space for excess passengers.

In a statement, the NTSA has ordered Meru Shuttle Limited to present the crew members of the PSV registration number KBU 254G to their Meru County offices on Monday 9 am.

“The Authority wishes to inform the public that the Sacco officials have been directed to present the crew members to the NTSA office in Meru County on Monday 11th March 2019 at 9 am,” NTSA’s statement reads in part.

The summoning comes following outrage from Kenyans online after the video went viral on social media.

In the 1 minute 50 seconds video, the two are seen forcing the woman and the kid out of the vehicle while hurling insults at her.

Efforts by other passengers in the vehicle to have the woman spared fell on deaf ears.

@ItsBravin says:" And when the government cracks the whip against rogue matatus and drivers, they claim the government is harassing them. Isn't the law clear on how many passengers PSVs should carry.? And I'm even more appalled that the other passengers were okay with all of that!!!!!"

@TeddyWangui notes:" The most funny thing with Kenyans its like they don't know their rights. The fellow passengers are just silent they cannot stand against this harassment, but at least someone captured a video."

@KaburuMwirichia says:"This guys should be arrested, this is totally wrong."

@SamBilboard says:"They even went ahead to insult her. Shame on them. They need to be taught a lesson they will never forget in their lifetime."

@Samwelhasam tweets:"So rude, the conductor hauling insults. They should be apprehended. Then the passengers just watched as this happened. What is wrong with our people. People don’t care anymore ama ni nini? This is a situation that prompts one to mind other people’s business."

Police in Meru have since impounded the vehicle but the two crew members have allegedly gone into hiding.