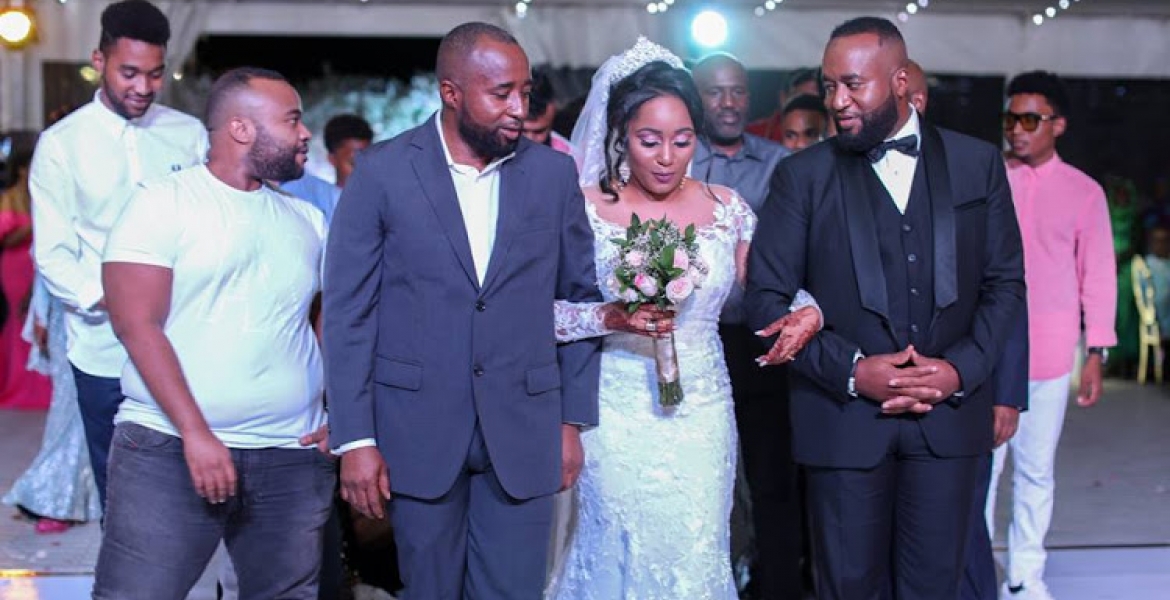 Mombasa Governor Hassan Joho’s niece Kulthum has tied the knot to the love of her life, Haikal Onsongo in an expensive wedding ceremony.

The two exchanged vows in an invite-only ceremony on Friday after the family accepted Sh250 and a Quran as dowry from the groom.

In the Islam custom, a woman has a say in her bride price and her family is also allowed to contribute to what they expect from the groom.

A source told Word Is that Kulthum did not want to appear as if she was trying to enrich herself by demanding a huge bride price and that is why she accepted Sh250.

Chief Kadhi Ahmed Mohdhar says dowry is a symbol of commitment and not the price of the bride.

"Customs and traditions majorly impact on the amount to be paid," says Mohdhar.

The couple, who hail from wealthy families, held their Nikkah at Musjid Ummu-Kulthum and later reception at Joho’s residence in Kizingo.

The event was attended by ODM leader Raila Odinga, Governors Amason Kingi (Kilifi) and Mike Sonko (Nairobi) among other leaders.

Celebrities in attendance included musicians Ali Kiba and Ommy Dimpoz from Tanzania and Kenya's Otile Brown and Willy Paul among others.

Kulthum is the daughter of Joho’s brother, Abu.

Ha, ha, ha! Good publicity stunt. I would have respected the gesture more has she bid higher then donate the proceeds to a good cause. Upuzi mtupu...keep your business private instead of insulting the poor in your meaningless stunts! Just saying.