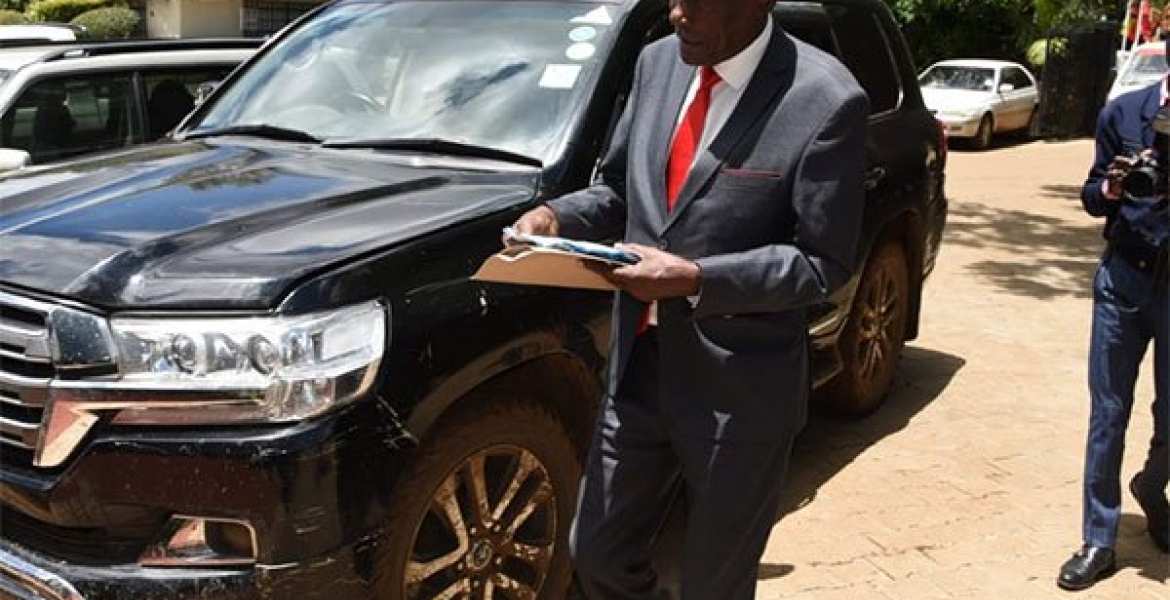 The Monday male-only meeting was addressed by controversial Eldoret-based farmer and former politician Jackson Kibor, who became the face of the prank conference a few months ago, according to Daily Nation.

In his speech, the 86-year-old millionaire urged men to remain firm and non-violent but cautioned them against being easily swayed by their women.

Kibor added that he has always advocated for men to remain strong and defend their rights even at old age and regretted that many young men are dying from lifestyle diseases and alcoholism.

“The secret to long life is eating healthy and strong adherence to traditional food. If you go to my farm now you cannot believe it belongs to an old man like me,” said Kibor.

He said men must work hard to amass their own wealth instead of depending on inheritance from their parents.

“Unataka kula ya nani kama hutaki kutafuta yako?” posed Mzee Kibor, who recently sued his sons for demanding a portion of his land.

He explained that he changed his mind from bequeathing land to his sons after one of them who was earning over Sh4 million a year from maize farming died from alcohol-related complications.

In December 2018, an Eldoret court allowed Mr. Kibor to divorce his wife of 43 years. In her ruling, Eldoret Principal Magistrate Naomy Wairimu indicated the couple’s marriage “is irretrievable”.

He had accused his wife, Naomi Jeptoo of abandoning their matrimonial home together with their six children.

Kibor’s advice to young couples was not to stay in abusive marriages and divorce if things fail to work out.

“Many people stay in abusive marriages for long only for them to resort to killing each other when the situation gets out of hand,” said Kibor.

His conclusion was: “Don’t grab from anybody. You will enjoy what you generated through honest means of happiness. I can account for all the millions I have at my age.”

“I call on the youth not to give up. Just continue working hard. Don’t surrender working hard and God will open the way,” he added.

The forum held at Noble Hotel was moderated by former Elgeyo-Marakwet County Assembly Speaker Albert Kochei, who said the meeting was aimed at empowering men who are “grappling with an identity crisis”.

The next all male conference should be held in the state house followed by a pilgrimage to Kiambu with Waititu in toe, Muranga and Nyeri where reproduction has stopped and schools are getting closed. Alcoholism has ruined these towns. The third all male conference should be held in parliament, where the largest spineless,no balls well-to-do men aka thieves congregate to scheme for the sole purpose of enriching themselves but NOT fighting for suffering Wanjiku.

"In his speech, the 86-year-old millionaire urged men to remain firm and non-violent but cautioned them against being easily swayed by their women" I take issue with the last statement.There is adifference between being swayed,and agreeing with your woman because she is right.Any man who is easily swayed by his women is not a SOLID man.But aman who agreeing with his wife/woman because she is right,is a righteous man-real hombre.
Now was this conference prompted by women complaining that men are weak,or was it prompted by men due to their inability to cope with the modern women?
I know most men will not agree with me openly,but the day of the women staying home,and cooking for you are long gone,and are not coming back.This is the age of"equality",by that I mean that you and your wife cannot come from work ,both tired and expect her to attend to kids,and cook for you while you are stretched on your recliner watching manchester united.Good for you if you have amaid and a cook,but for most of us this is a luxury we cannot afford.
All in all, if you want to stay married,help your wife with house chores.Better yet,you work as ateam.You apply your skills and strength where applicable,and she does same,meanwhile not taking advantage of each other.
And yes,lets do away with dowry .Its seems to give some men"carte blanche",just because they exchanged afew goats,and sheep for awife.Common sense coupled with science should override traditions.Yes Iknow its easier said than done.It take time to undo what we have been doing for so long ,even if interllectually,and philosophically we can rationalize it.My two cents.