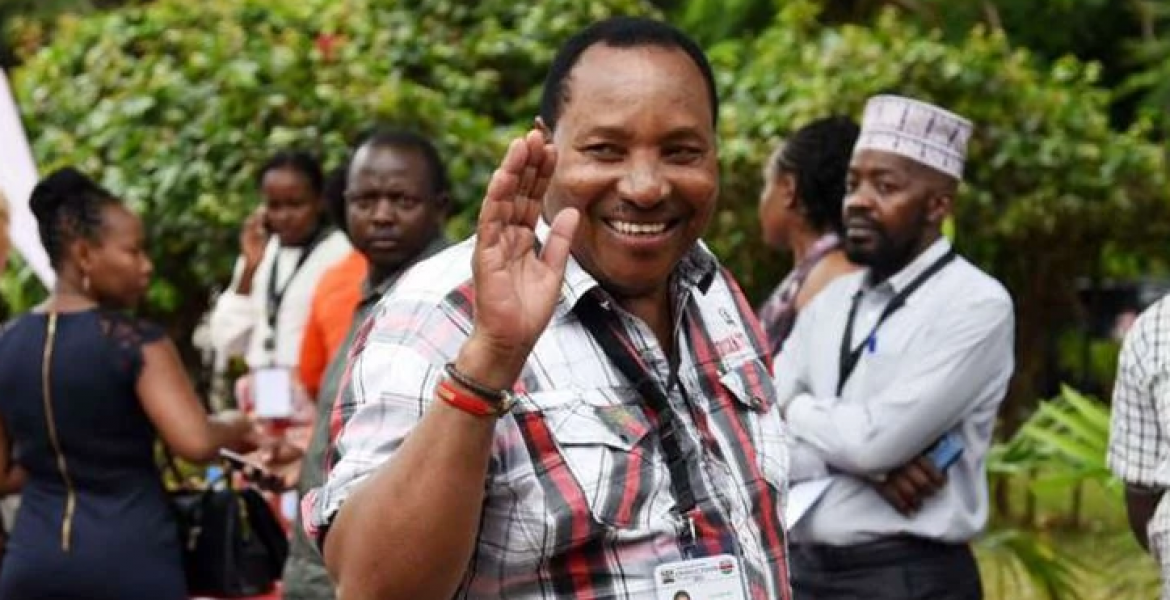 Kiambu Governor Ferdinand Waititu has refuted claims that he was kicked out of Mashujaa Day celebrations presided over by President Kenyatta on Sunday.

Videos shared on social media showed an incident where security officers appeared to be ejecting Waititu from the VIP dais before he walked out of the event altogether.

Addressing the claims, Governor Waititu admitted that he showed up at the event without invitation but denied he was thrown out.

He said that he opted to leave on his own after realizing that there was no seat reserved for him at the VIP podium, opting to go back to his hotel room.

“What caused the confusion was that I did not have an invitation card for Mashujaa day. I thought it was just the normal Mashujaa Day where you can show up uninvited, but I was wrong,” Waititu told journalists.

“Those saying that I was chased away so as not to be seen close to the President are people intent on portraying me in a bad light. I am not a native of Mombasa,” added Waititu.

He noted that he arrived early for the function, and as such, there was no one to consult on the day's sitting arrangements, prompting him to leave.

Nairobi News reported that the organizers of the event were under instructions from President Uhuru’s handlers not to allow individuals implicated in corruption.

Waititu, however, denied reports that Kenyatta was avoiding him due to corruption cases facing him, stating that there is no bad blood between them.

If you had no reservation of VIP section. Kaa na raia wengine. That's what you used to do before you became a politician.