Two Kenyan Women Plead Guilty to Circumcising Each Other, Say they Wanted to Save their Children from Death 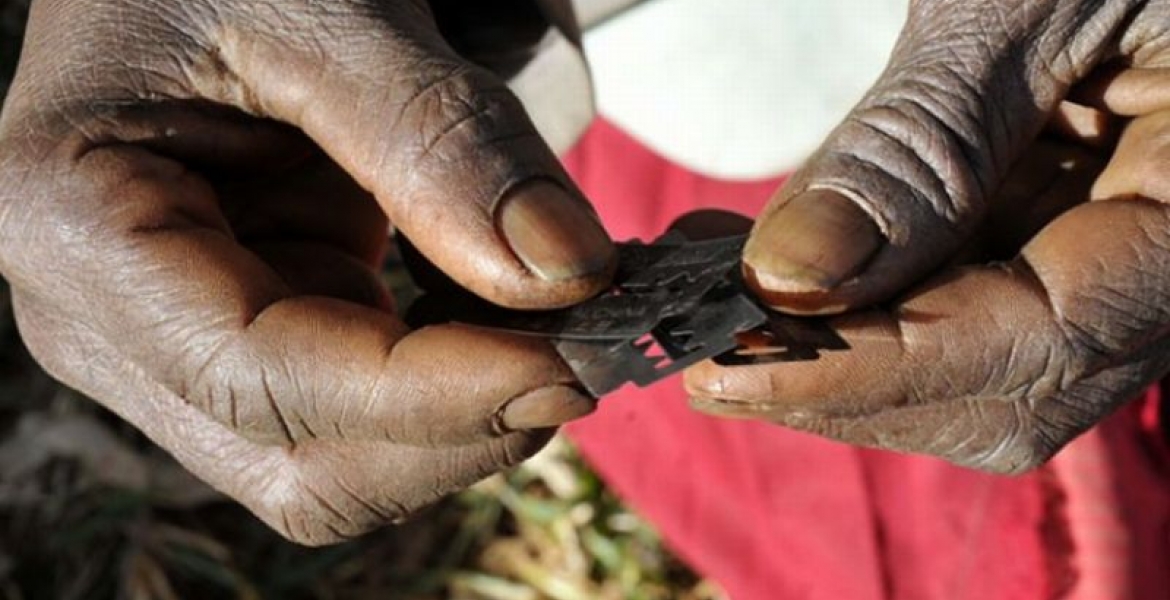 Two Kenyan women arrested for allegedly circumcising each other were on Friday arraigned before Marimanti Law Courts in Tharaka Nithi County.

Winjoy and Julia, who are married to brothers, told the court that they circumcised each other using a razor blade to save their children from a generational curse.

The two claimed that a great grandmother left a curse threatening that all married women in their husbands' family must undergo female genital mutilation (FGM) failure to which all their children would perish.

Wanja and Ngugi further told the court that they were being haunted by the spirits of their husbands' great grandmother because they were uncircumcised.

They alleged that the spirit appeared to them while asleep, asking them to choose between getting circumcised and losing their children.

"We decided to circumcise each other to avoid the death of our children," said Wanja, a mother of three.

They said that they only learned about the curse after the spirits began haunting them, adding that their husbands had not informed them about it. The two further claimed that the spirit stopped tormenting them after performing the act.

"After we circumcised each other the spirit stopped haunting us," said Ngugi, a mother of two.

The court ordered the suspects to remain in custody until November 14th, 2019.

Kenya outlawed the practice of female genital mutilation (FGM) in 2011.

Why punish a willing party. They rwithiad themselves willingly. My clit, my choice, my property.

@ Muhindi, bribery is usually committed by two willing parties.It is against the law. Female Genitalia Mutilation is against the law."Willing" is not the measurement for whether alaw is broken or not.Educate yourself on why laws are written,that is if you dont already know.
I have to assume that you are either not serious about your question,or you do not know how to frame it for scholarly discourse.
Anyway, Iwas just curious if the parties in question used blades like those in the picture...they dont have handles.

@ Mlachake Utamu is in your head not kwa kitu. Anyway,Try to hold a blade as shown in the picture.Its not too comfortable.I would suggest a miniature panga...same size as the wembe

Kenyans be concentrating too damn much on women cutting a piece of their clit, neighbouring Uganda embracing women who pull their clits to the size of a fully erect penis. NGOs make a killing! Jo! Their only problem is double standards. I never understood why that has been banned and most of it grows back by the time the young ladies mature. Women in the western world be rubbing those battery charged/ electronic dildos and ticklers till that thing hata haisikii kitu and they start when they are very young. Hadi hiyo kitu inalemaa! Now how is that not genital mutilation????

This is a good example of what happens when a heavy handed, top-down approach is used to deal with an entrenched cultural practice. Your report says they are women, yet they are being treated like children. One doesn't have to approve of circumcision to ask why adults shouldn't choose to do this to each other's bodies. Fortunately Dr Tatu Kamau is bravely challenging Kenya's restrictive FGM law which denies women their bodily autonomy in this regard. https://www.shiftingsands.org.uk/kenyan-women-should-be-free-to-choose-…