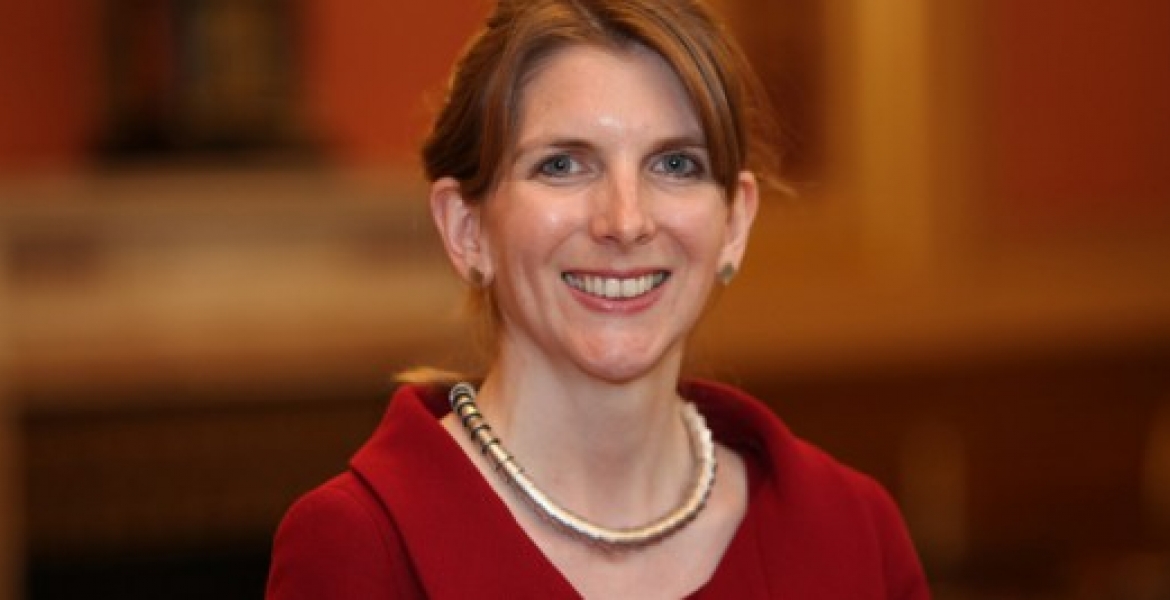 A tweet by British High Commissioner to Kenya Jane Marriott on Wednesday elicited mixed reactions from Kenyans on social media.

Ms. Marriott, who said she was in the UK, posted an image showing her enjoying pizza, while on the side of the table was a glass of water and a report titled “State Capture – Inside Kenya's Inability to Fight-Corruption.”

But it is the picture’s caption that caught the attention of Kenyans online, with many wondering whether she was taking a dig at Kenya.

“Briefly back in the UK. Appreciating and enjoying a (gluten free – am coeliac) pizza, the privilege of tap water…and some Kenya reading, as the big issues continue to challenge us all,” read the caption.

Most online users concluded that the High Commissioner was indirectly stating that there is no tap water in Kenya.
Here are the reactions:

@Alicemakochieng tweeted: “Balozi is correct @RobertAlai. The normalcy of having tap water is underestimated, I lived in Lavington and our taps were often dry. And when water came, you couldn't trust its purity, damaged my LG diahwater's filter, plus if U ran a full cycle of washing clothes, you'd be lucky.”

@ArnoldMaliba noted: “This tweet is on the edge of causing a tweef, a major one even. Balozi, you might be schooled in matters terrorism - but you'll not beat #KOT in the fight that is coming. No one disses +254 and gets away with it. Good luck.”

@ekabugua wrote: “In short there is no tap water in Kenya that is fit for human consumption?”

This colonialists devils.People like us who have travelled worked n lived this countries they call abroad know very well how they are.Mr balozi yr country Uk continues to steal monies from commonwealth countries right n left??Is it not corruption or state capture.British idiot colonial terrorist mundered our grandfathers n mothers raping killing them inserting bottles in their private parts then stole our land.U think we as maumau children have forgotten those evils n u dare talk shit about kenya????Only the stupid brainwashed kenyans will support yoo!Yes we the proud africans or kenyans r the ones who gonna fight corruption n build our country.This whites r in kenya for their own good n for their country interest n they will do anything they want to make sure their interest.Nikama hio njinga ingine ya us embassy who talks shit all the time.Bure kabisa

Some of her Briton friends who are not familiar with Kenya might wonder where she was living...in some remote village they might surmise.

I love the way her message was conveyed! Pure ukweli. Kenyans are good at denial. It's disgusting that Nairobi's infrastructure was the best in Africa closer to when the jungus left but now we have regressed when the rest of the world rolls by! Aibu!

@ Sukari you raise avery interesting truism.Yes things have gotten worse since mzungu handed over the reigns.I have read that Kenyatta National Hospital was one time the best in east,and central africa.I have also heard wazee lament that siku za mzungu things were better...Well Iam sure they mean that orderliness,and availability of necessities were not aproblem as we see today.
When south african garnered independence in the early 90s, wazungu there were concerned that mwafrika would bring south africa down to the level of the rest of african countries,and surely it has happened.
Now the question is,WHY? Cann't we manage our selves,and more importantly our resources?
Some have blamed our leaders,and they probably should be blamed. But regime after regime,we keep on getting leaders who dont seem to advance the ball.Again WHY. We still have the largest slum in africa.WHY.Iam sure we are not proud of that.
Certainly we can see advancement in some sectors,but by and large,the masses are not happy.
I have had this kind of discussions with my friends,and one said that,during colonial times, mzungu did not tolerate any bad behavious from mwafrika.And mwafrika greatly respected mzungu.Granted that the relationship was not reciprocal,the results were productive to the society.
Well,what are we doing wrong?Or is it that we are just late bloomers...?

I think the wazungu succeed because they are very open and tell it like it is. Also very strict on how they handle policies. As soon as we got independence and wazungu left it was everyone for himself and things started going downhill...

I am afraid to say this but .. Africa needs to be colonized again, well of course this time no excessive force will be used... just surrendering major sectors and ministry to western rule ...period

I see Ethiopia rolling by very fast. Lord help us!

Even foreigners to the UK carry bottled water .Wacha upuzi you are promoting your tap water from some shady restaurant where the glass might be filthier than the water or vice versa.Just because it glitters does not mean it is gold.If the British high commission residence in Kenya does not have drinkable tap water surely that does not apply to the rest of the country.Stop coming to see our wildlife “Baniani mbaya ,kiatu chake hakiwezi kuwa dawa “Even the lions are tired of you they are not complaining about the water

Balozi I hear you....and am sure our comments here will go a long way...you'll get that hardship ALLOWANCE increase.
Secondly, it gives me comfort to know that even maBalozi go thro' the same problems I do. What made me think the leafy suburbs you live in are so much different from my hood?

The truth hurts, we can't keep blaming poor leadership on colonialism fifty plus years down the road. What has Chinese loan and train to nowhere got to do the with UK? We have to stop being corrupt and greedy and fix our infrastructure period.

Thanks @ Kijicho. Shocking to say the least. Cannot imagine 6 months without running water.I wonder what the ministry of water does when they hear these kind of stories.Cartels or no water cartels, in 2019, we should not be having water crisis in Nairobi.For that matter any part of Kenya,save for those remote places that usually get hit by drought.Even with those, the government by now should have figured out, how to water these places.
More importantly is the risk of diseases as elucidated in the clip.Where is Sonko?

I have two since my water taps run dry.Nairobi is a desert.Jane Marriott is right.Tap water is a rare occurrence.

I have two weeks since my water taps run dry.Nairobi is a desert.Jane Marriott is right.Tap water is a rare occurrence.