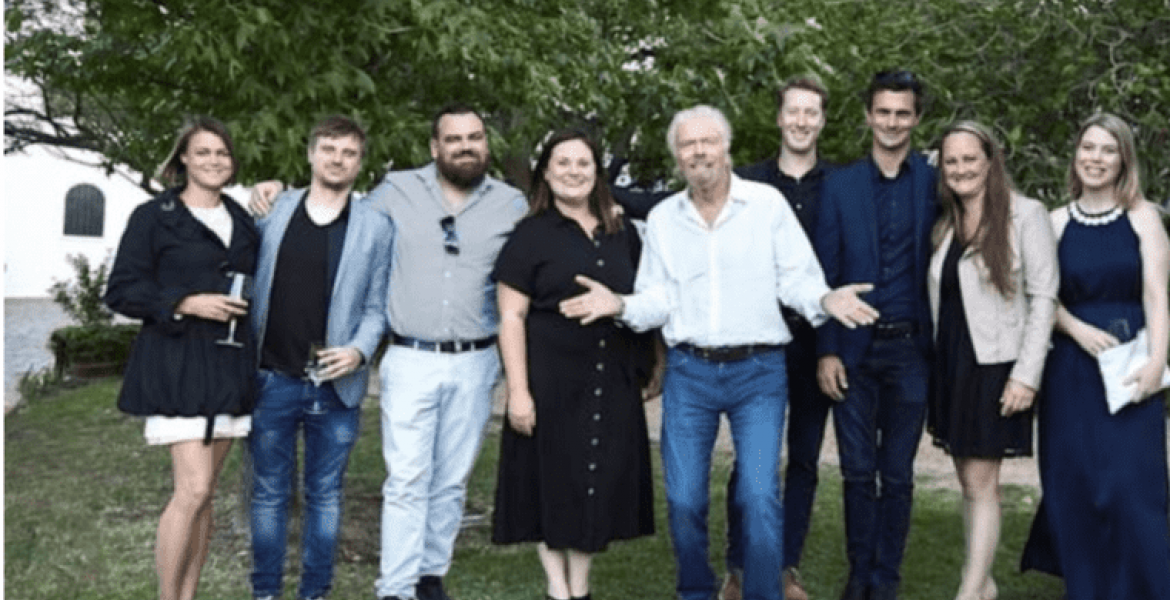 British billionaire Richard Branson was forced to delete a tweet considered 'racially discriminative' and apologize after it sparked outrage from social media users.

The tycoon posted a photo about South Africa that had only white people on it, making Twitter users wonder whether SA is an all-white country.

“Wonderful to be in South Africa to help launch the new Branson Centre of Entrepreneurship. We aim to become the heart of entrepreneurship for Southern Africa,” Branson tweeted.

Twitter user Thula Sindi noted: “Where did you find so many white people in South Africa??? That must have really taken an honest effort to exclude the majority of the population which is just as skilled and talented. Wow. Incredible.”

SiceloNkosi tweeted: “Race advocates, I’m on your side but think you got this one wrong. Please open the link before you comment. This is one of many pictures, most of which are diverse.”

Vuci Mnisi said: “With all due respect Mr Branson, we are inspired by what you doing in SA but we are very disappointed with the hierarchy of your centre, it does not lack diversity only, but it also lacks blacks in TOP positions.. from the looks of it.”

South Africa’s population stands at 58 million with eight out of 10 people listed as Black African, according to BBC.

The criticism forced Branson to pull down the tweet and later issue an apology.

“We apologise for the poorly chosen image, but would like to emphasise that this does not reflect the diverse make-up of attendees,” the spokesperson for Branson’s Virgin Group told the BBC.

Southafrica is for blacks not this evil whites who invaded the entire Africa killed,raped our women inserting bottles in their private parts,destroying our farmlands with chemicals etc.Bure kabisa

One of your favorite politicians Kuria said he would do that to Luo women. His kin have done the other ills you accuse evil whites of doing while SA blacks have done all the ills to fellow blacks

blacks do worse to other blacks like uhuruto, moi, kibaki, raila, waiguru,wanjigi have done to ordinary kenyans, killing them in worse ways than the white man ever did

much ado about nothing .