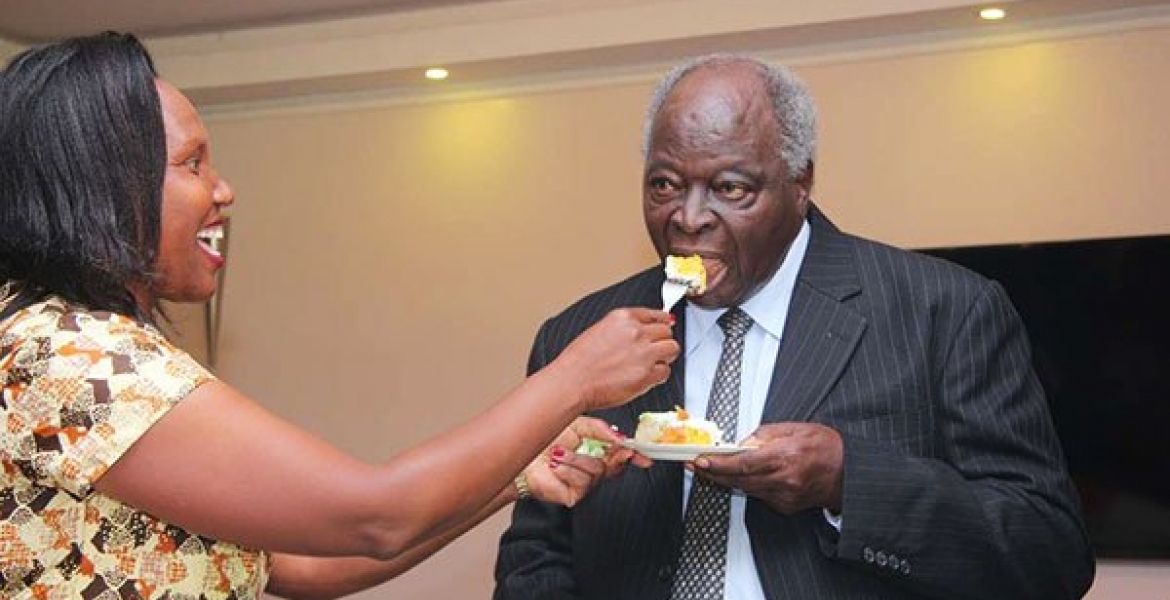 Kibaki marks his 88th birthday amidst concerns over his health status having recently been taken to Nairobi Hospital for what his aide described as “routine checkup.”

The former president has been in and out of hospital for examination, the most recent visit being October 28th, according to Daily Nation.

On Friday, a family source told Daily Nation that Kibaki is faring “very well” and there will be a low-key birthday party, where only a few family members will attend.

“Throwing grand birthday parties has never been the president’s style. The birthday will be marked, but quietly,” the source said.

He said Kibaki “has been resting and catching up with his old friends quietly” and “following world affairs closely”.

Here are some birthday messages to Kibaki from Kenyans online.

Nathan Sialah stated: “We miss your services, sir. You were a true democrat.”

@moalim_ahmad tweeted: "I'm a product of free primary education initiative by Kenya's govt led by Mwai Kibaki, before that, I was just in madrasa & staying around, courtesy of that policy one clan has its first lawyer, a family has its first child with a degree, I depend on my skills. HBD I owe u much."

And that lady is not Wambui.

Let Kibaki enjoy his BD.
Don't worry about Wambui.Kibaki and family have their right to who their friends are, including Wambui.

She is feeding him diabetes so she can inherit quick

@ moalim,I hear in those madrasa,you guys are brainwashed to hat infidels and later join terrorist groups is that true...

Since when did these Africans start celebrating pagan holidays, his date of birth is not even accurate.