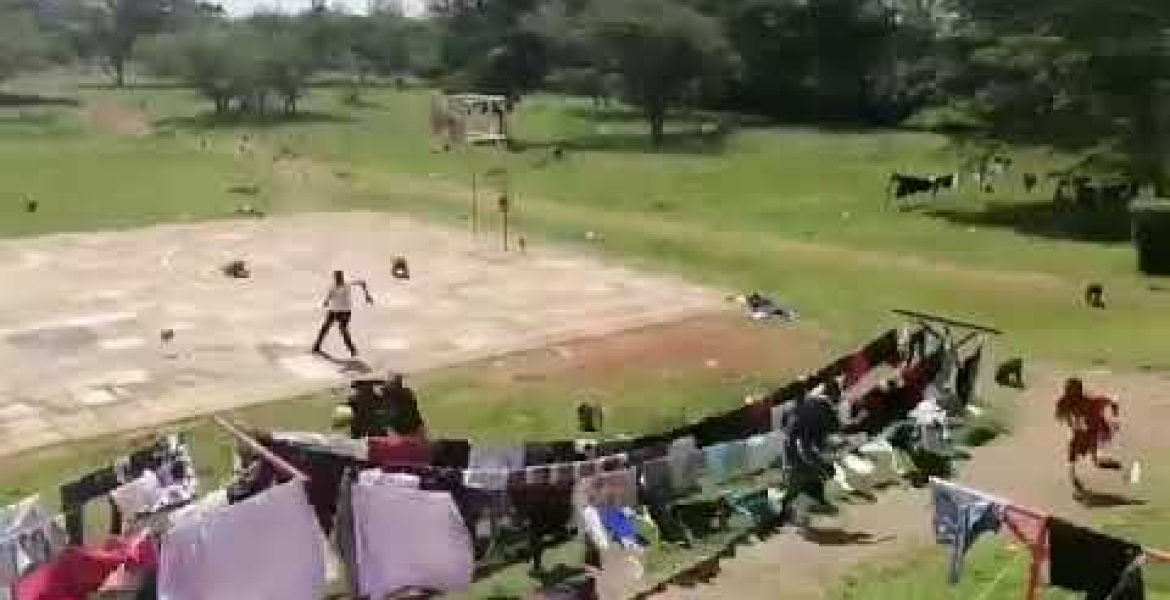 A video of a group of baboons invading Multimedia University in Nairobi and chasing after students has gone viral on social media.

The video shows some students tossing balls up and down the court near the university’s hostels before running off in different directions after the baboons charged towards them.

Students told the media that this was not the first time that the wild animals have interrupted their activities.

Won't you like to refresh in such a manner after a long week of lectures??#OnlyInMmu#FridayFunday @IrumbiTabby and @Nissi254 see how lucky you're! pic.twitter.com/K9qmC9aCpU

“The baboons are troublesome. They dislike women and snatch food from us. They enter our rooms and eat everything including sugar. They even invade classes during lecture hours,” Mitchelle Imani, a student at the university said on Saturday.

She said the animals emerge when the university is in session and disappear during the holidays. Other wild animals such as warthogs have also been spotted at the university that is adjacent to the Nairobi National Park.

Baboons sleep, travel, feed, and socialize in groups about 50 and feed on anything edible including grass, meat, fish, hares, birds, vervet monkeys, and small antelopes, according to the African Wildlife Foundation.

Social media user @Richard_Keep said: “I went to Multimedia University on Thursday and for a split second got utterly shocked to bump into WARTHOGS within the school compound. Are they domesticated? Baboons too.”

We need to recruit this baboons to man university campus all of over the country. The seem to do a superb job when controlling uncouth rowdy students which even Police find it difficult to control. Given their superb population control capabilities this baboons should be tasked to tame the smelly hawkers and touts menacing Nairobi's CBD. There is no question baboons will work for bananas

Who was there first?This is what happens when you take land without permission.Worse these wimpy men cannot even protect their women ;running scared.No wonder they love the Naijas and Congolese.Especially the congolese,they know how to turn a big baboon into a delicacy...
As for baboons working for bananas,that will work till they acquire bad habits from Mpigs...just amatter of time while evolution takes its course.