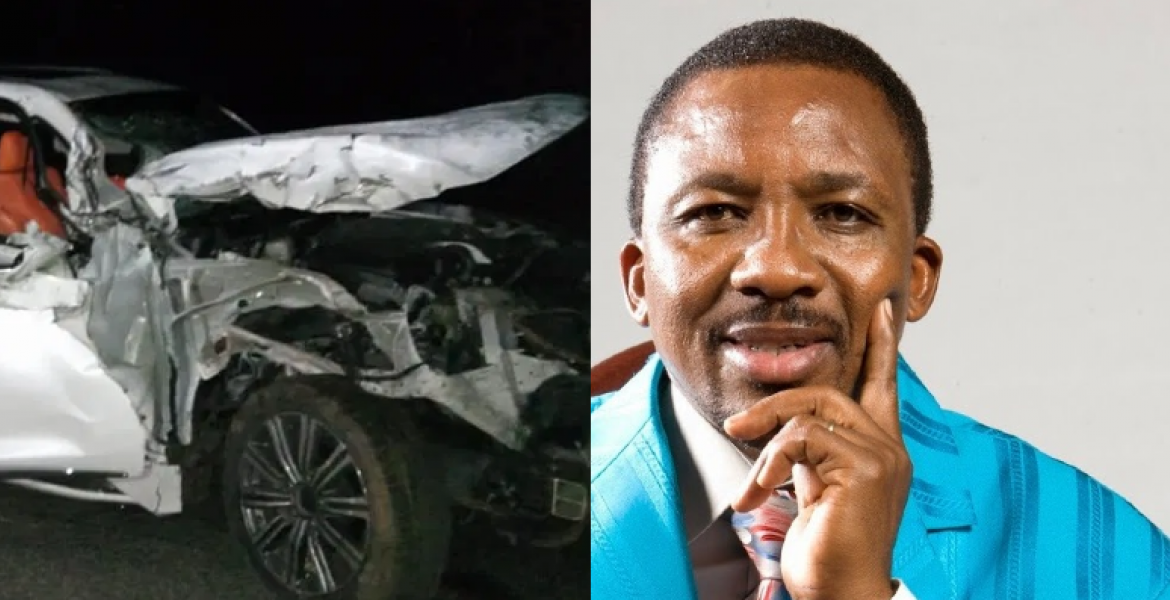 Pastor James Ng’ang’a of Neno Evangelism has spoken out following reports that he was involved in a road crash last week along Nairobi-Namanga highway.

The Standard and other outlets reported that Ng’ang’a crashed into a lorry with Rift Valley Police Commander Mercus Ocholla confirming that he escaped unhurt but his car, a two-week-old Lexus LX 570 model, was damaged.

There were also reports that Pastor Ng’ang’a went into hiding after the incident that occurred on November 27th but the televangelist has dismissed the claims and denied that he was at the scene of the accident.

“I don’t know why people have so many stories about me. I was not there. Even if I bought the car, I hear it has hit a lorry that was parked somewhere, but I was not there. I can’t hide and if anyone wants to know where I am, just search for my number,” Ng’ang’a is quoted by The Star.

He added: “I’m not hiding. Watu waangalie number plate ya gari wajue kama ni yangu. I have my cars, hotel and currently, I am building a prayer house in Jerusalem. That’s where I have been going. Ati wanasema najificha.”

Ng’ang’a, who claimed he is in the same category as Deputy President William Ruto in terms of popularity, insisted that he is not bothered about what people say or write about him on social media.

“I’m in the same category with DP Ruto and I don’t want my name to be clean, you call me controversial. Nilikohoa mkaitika. Mnataka nitrend kwa nini? Kama mama wa ‘twa twa’ alitrend, mimi ni nani? Acha nitrend, my God will fight for me,” he said.

Time will tell apostle Rabbi Ng'ang'a. Time will tell. A time is coming when the cries of that woman you undeniably murdered...the cries of her children, husband, sisters, brothers, neighbors, congregants, and Kenyans. I may not know how to preach, but the little knowledge I know about my God is that He takes His time. He strike faster than a lightening with utter precision. Never know to miss. You may know how to pinch that guitar. You may be very good in fooling fools to tithe or give everything they have so that you can live in riches. You may be in Rutos ratings. You may be popular in trending kama mama wa twa twa twa. But....