WATCH: Drama as Nairobi Governor Sonko Refuses to Board Helicopter after Arrest 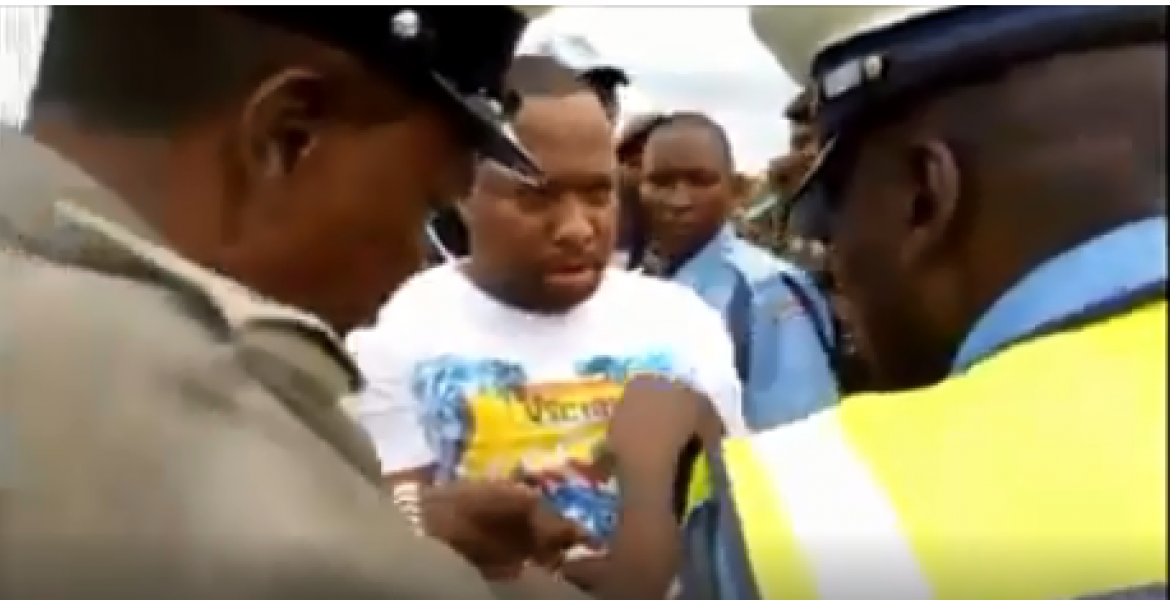 Sonko, who was arrested at a roadblock in Voi on Friday, was set to be airlifted to Nairobi to face graft-related charges over the alleged misappropriation of more than Sh300 million.

He was nabbed by detectives from Ethics and Anti-Corruption Commission (EACC) hours after Director of Public Prosecutions (DPP) Noordin Haji ordered for his arrest in connection to irregular procurement and payments amounting to Sh357 million.

“Following a comprehensive investigation by the EACC and upon receiving and independently reviewing the investigation file I have found sufficient evidence to warrant prosecution and I have therefore ordered for the immediate arrest and arraignment in court of Nairobi Governor Mike Mbuvi Sonko,” said Haji.

In a statement on Twitter, EACC said Governor Sonko was arrested while trying to escape arrest. He was reportedly traveling to Mombasa.

“EACC confirms that Nairobi City County Governor Mike Sonko Mbuvi has been arrested while escaping arrest at a roadblock in Voi and is being transferred to Nairobi to face charges of corruption and economic crime,” read the tweet from EACC.

In videos shared on social media, Sonko is seen refusing to board a police helicopter at Ikanga Airstrip and at one point attempts to fight one of the officers. Police officers were forced to handcuff him before he was airlifted to Nairobi.

Sonko, has a History of having Escaped from a Maximum prison years ago. So tough Precautions had to be taken. And him refusing to obey orders made matters even worse.

No one is above the law. They ought to treat him like a common criminal. That is what he is. They should have tied him up like a goat for failure to obey police orders. The emperor has no clothes. Uproot all corruption.

Someone tell me hope Sonko did not a buse the police in blue in reference to her mum matusi...he should have cooperated and enjoy the ride without drama??

What goes up must come down.All the riches and all the kings men could not help him.It looks like the Nairobi governor seat is a stepping stone to prison.Sonko please see Kidero as the Nigerians would say “See yah life now.”Uhuru is becoming Moi use then dispose like trash next.

Anyone with common sense knew that it was just a matter of time before we see him in chains(not the blink-blink he wears).
Don't pop the champagne yet; Sonko is a THUG, got money and knows people. For now Nairobi County residents have a no governor and no deputy to run the county affairs. You voted for him, enjoy the vacuum!!!

hopefully this goes like the central bank governor who was arrested until today...out of office replacement made it was horrible Sonko during your tenure let someone else try.