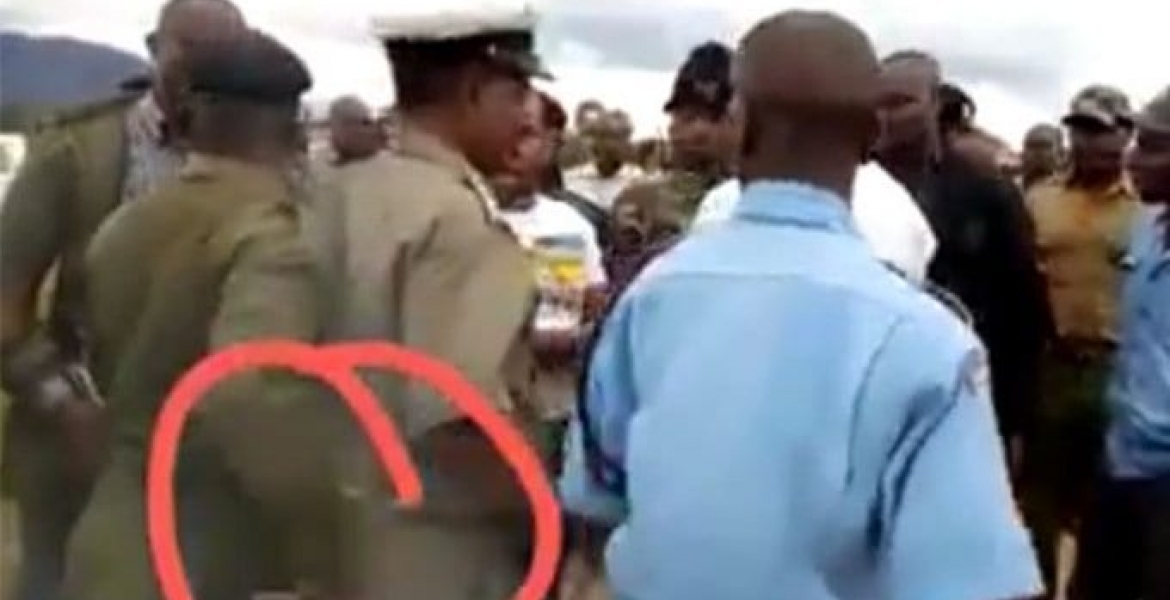 The National Police Service has defended a police officer who appeared to pickpocket his boss during the dramatic arrest of Nairobi Governor Mike Sonko on Friday.

In a video that has since gone viral on social media, the officer appears to put his hand inside the pocket of a senior police officer as cops wrestled to put Governor Sonko into a waiting helicopter at Ikanga airstrip in Voi. Sonko, who was arrested in Voi over graft allegations, was set to be airlifted to Nairobi to face charges.

In a statement on Sunday, the National Police Service said the officer who was dressed in jungle green uniform did not steal anything from his boss, terming the clip as “a misrepresentation of facts.”

“The video clip doing rounds on social media highlighting what appears to be an act of pickpocketing by a police officer is a misrepresentation of facts and untrue.”