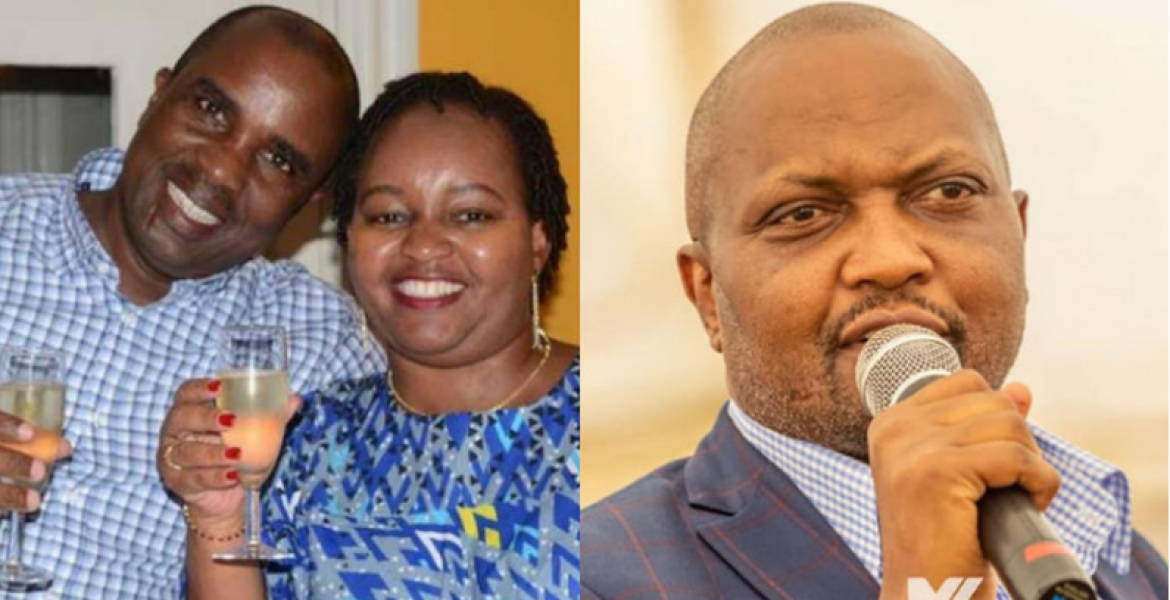 Kamotho, who is a lawyer, sent a message to Moses Kuria via WhatsApp warning him to stop “abusing my wife,” if a screenshot shared by the vocal MP on Facebook is anything to go by. Kamotho further told Kuria that he is allowed to criticize Waiguru’s politics but not insulting her.

Kuria replied to Mr. Kamotho’s text by saying: “some things don’t even warrant a response.” 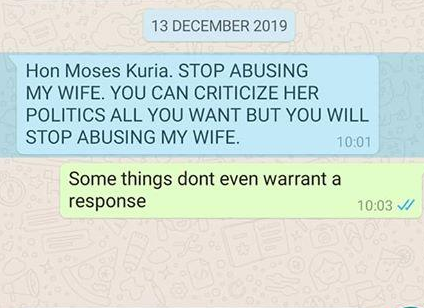 Kamotho’s warning may have been prompted by Kuria’s Facebook post where he described Waiguru as a woman who has many casual sexual encounters or relationships.

It is not cool to insult someone's spouse, unless you were part of the alleged escapades or you witnessed them first hand. But still, how did Kuria become involved in all that? He participated in something? Just wondering..

Even though I do not care for Waiguru, Kamotho has every right to defend his wife. Kuria is an embarrassment to all grown men out there. Turns out removing that little foreskin does NOT qualify you to stand among men. Someone should return your little foreskin back to where it belongs.

The way he behaves I question if the little foreskin was removed in the first place.

I would like to know... does Moses Kuria have a Wife or Children? And if so, how do they live with his utterances? My guess is that he has no Wife, or Children.

Kuria
Joke a side Wainguru is married to a gentleman.
Just respect that you have crossed your boundaries.

Shame on you kuria. You can only abuse women and no respect for the president. What goes round...... your day is coming. Gatundu will pay back

Avoid indulging families in your political wars. Imagine it was your wife, how would you and your children, if there is any, take it? Ho. Moses nnd be man enough and apologize to Ho. Waiguru aand family.

These politicians should all be "Sokonised". They don't belong in office and they set bad examples for the young. That's why we are bleeding intellects onto greener pastures oversees and why our youth are resorting to insulting lyrics aimed at these guys. Instead of building the nation, they are busy hurling insults against each other and using language never seen before in politics. Jamani!