Queermas: Members of Kenyan Gay Community Organize their own ‘Christmas’ 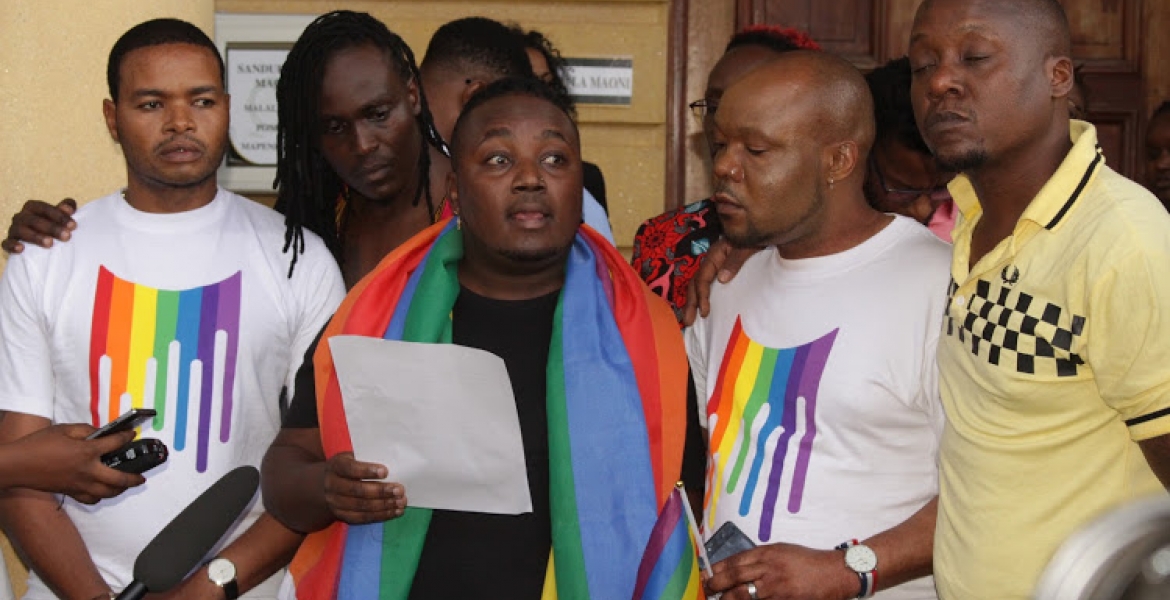 Members of the Kenyan lesbian, gay, bisexual, and transgender (LGBTQ) community have come up with their own ‘Christmas’ dubbed Queermas.

During Queermas, members of the gay community in Kenya will gather to celebrate with one another as a way of fighting loneliness through the Christmas festive season, according to The Star.

The term Queermas is not new in other places of the world where homosexuality is embraced and is beginning to gain popularity in Kenya despite gay sex being a criminal act.

Most members of the Kenyan LGBTQ community remain in isolation during the Christmas season since they are shunned by their families and friends.

"There’s a sense of community and it’s a free space where you can enjoy things that you’ve grown up doing and are used to," said Kioko who attended Queermas last year.

She added: "It’s a safe space for us and it feels nice to know you’re not alone."

In May, Kenya’s High Court ruled against campaigners seeking to overturn the law that criminalizes gay sex in Kenya. Homosexuality is punishable by up to 14 years in prison, according to Kenya’s penal code.

Very queer. After all Jesus was raised by Joseph and Mary; and not John and Jonah or Ann and Anita.

This are faces of evil. Kenya is slowly but surely sliding into a modern Sodom. Homosexuals flag now dwarfs Kenyan flag on top of Kenya's sacred mountain Mt Kenya. In Mkoa wa Pwani which includes Mombasa island, with Watamu, Malindi and Lamu to the north, and Tiwi, Diani, Msambweni and Funzi island to the south homosexuals foothold is quite apparent. In the Central part of Kenya, especially in Nairobi and Kiambu, homosexuals are on a verge to establish a base. In the Western Lakeside City of Kisumu AIDS/HIV infections caused by homosexuals is at all time high. From north to south east to west homosexuals lifestyle is replacing beautiful and rich Kenyan culture. Soon than later homosexuals will demand Jamhuri day be replaced with gay pride day just as they recently demanded Christmas day in Kenya be replaced or celebrated with one of their day. Satan disguises himself as an angel of light. So it is no surprise homosexuals are also penetrating Kenya's moral grounds in the name of advancing human rights thus trying to disguise themselves as servants of righteousness

Why are these people so desperate for approval, recognition, attention, etc. lf you are gay, lesbian or queer (sp), do your thing without all these need for publicity. Who cares?

But when you call them "queer" they hate on us.This flamboyance crap is what makes me have disdain towards these people."GO PLACIDLY amid the noise and the haste, and remember what peace there may be in silence.Avoid loud and aggressive persons; they are vexatious to the spirit. If you compare yourself with others, you may become vain or bitter, for always there will be greater and lesser persons than yourself" - Desiderata!

Faggots/gay community want to turn Kenya into a modern Sodom. No wonder this demonic community is trying to turn Christmas day into a faggots day just as they recently brought down Kenyan's flag atop Mt Kenya to hoist theirs. All God fearing Kenyans should stand up and say NO to this faggots advances. Kenya is a melting pot that only binds together because of God's mercy. If we Kenyans allow evil to prevail by keeping quiet thus tactfully approving what they are doing hell will break soon-famine, tribal war, Al Shabab terrorism, etc. Let us all stand for what is right. Mt Kenya is Kenya's sacred mountain and should not be used by faggots to symbolize their raising power. Let them raise their flag on top of Mt Everest or Paris Ivory Tower. Down with faggots, Down with homosexuality, Down with evil!!!!. Long live Christmas!!!

I can't agree with you more. You nailed it.👊

This Western financed group is really craving for attention. Apparently hoisting their flag in Mt. Kenya did not satisfy their cravings and now they are seeking for more with the help from the media. Careful do not shove your tricks into citizens throats or you risk being thrown up and discarded by your supporters.

These queers are Sad wolves in Happy sheep's clotbing; infact Maniacally Depressed wolves seeking whom to Infect, Afflict, Steal, Kill, and Destroy through their Production (not spread) of HIV/AIDS.

Who really cares. They want attention and a handout. First it was the mountain now it is chiristmas really .Time they were ignored then they will go away