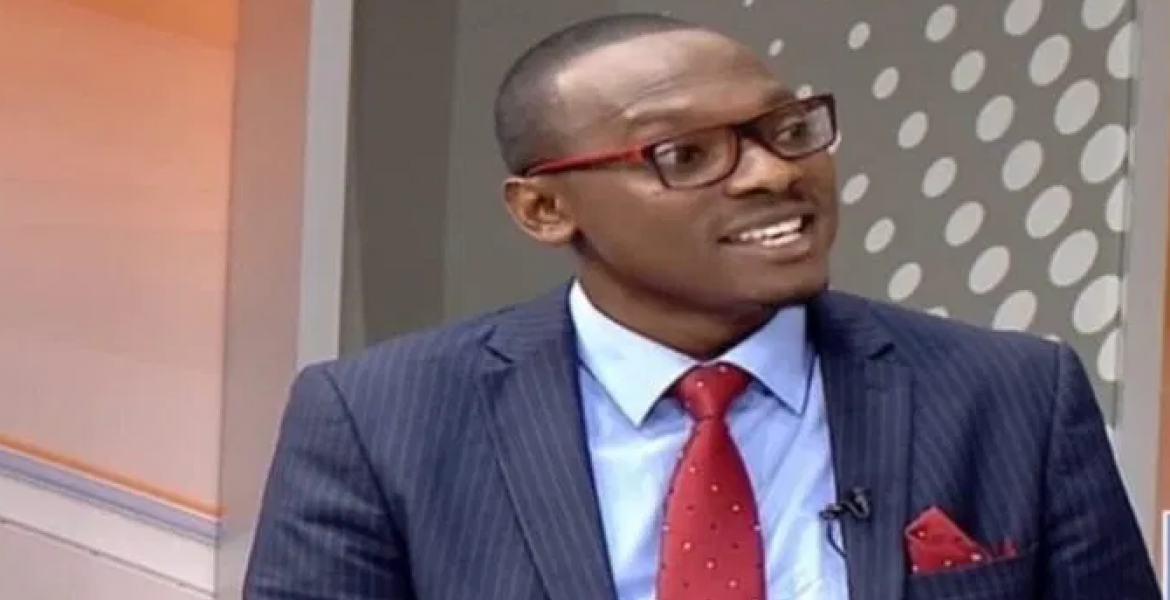 Nairobi-based lawyer Steve Ogolla caused a stir on social media on Sunday after he claimed that he was conned out of KSh500,000 by a woman he met on Facebook.

In a Facebook post, Ogolla said he had never met the lady who identified herself on Facebook as Dorcas Sarkozy and the two dated online for a while. He explained that the woman claimed she would use the money to ‘organize their wedding’ but she blocked him after he sent half a million shillings.

“I was in a fake relationship with this ‘lady’ and she conned me in excess of 500K, planned a fake wedding and nearly drove me to suicide,” wrote Ogolla.

Further to this, Ogolla alleged that the woman kept on blackmailing him by sharing their private conversations each time he tried to expose her.

“I reported to authorities but she came back and blackmailed me by sharing my private love WhatsApp chats with her to third parties,” Ogolla adds.

Kenyans on Twitter however wonder how gullible an attorney like Ogolla can be to fall for such cheap con scheme, terming his story a hoax. Others however believe his story, saying it can happen to anyone.

@NelsonHavi tweets: “What is this I am hearing? That Steve Ogolla has paid dowry for the daughter of Nicolas Sarkozy and Akothe!”

@CharleeOddie1 says: “City Lawyer Steve Ogolla says he sent Dorcas Sarkozy over 500k for their wedding preparations, the two only communicated on social media and never met. Dorcas, who is a man, disappeared with the money.. the lawyer is in tears 😭😭.”

@BravinYuri writes: “I am weeping for our Friend Steve Ogolla. If 'It will end in Tears' was a person then Steve Ogolla is definitely the person.😂 Pakasmak ilimwonyesha jiji.”

@pinngponng says: “Enough with sudi, mudavadi and tuju for a second, get this Steve Ogolla a lawyer, met a woman on Facebook, fell in love, sent her 500K to plan a wedding without ever seeing her in real life? IF KUKULA FARE WAS A COMPETITION,THIS WOMAN HAS BROKEN THE RECORD!!!”

@EngnrDan notes: “Some people are using this Steve Ogolla saga to hit lawyers with truth: Ati wale mnasema wakili is learned you are confusing cramming power ya CRE na history with intelligence!"

If a facebook lover has conned you more than half a million for wedding preparations then you are a gullible attorney Mr.Steve. I think You (Steve Ogola) were in a hurry to match your age mates. Sorry Mr Barrister

Fake...lies...he is lying. Never hire him to represent you in court. Did he sent the money to Hungary?

This could be a Nigerian command.

Folks, when it comes to matters of the heart, what men do defies logic.From an average person's perspective,some one like alawyer should not be conned online,or any where for that matter,especially in matters of love.But it happens.
If there is any consolation to the ordinary Joe-six-pack who has been conned like Ogolla was, take heart. In such matters, we all are equally vulnerable.
This is not the last time. We shall continue reading about the Ogollas of the internet for as long as homo erectus's descendant yearns for love...

He deserves it! His fantasy of white woman was a Naija man in Oruruwo😂😂He has dine some shady deals on the job am sure!

He deserves it! His fantasy of white woman was a Naija man in Oruruwo😂😂He has dine some shady deals on the job am sure!

No sympathy here. If you are that gullible then you deserve whatever you got. You can't be that stupid?