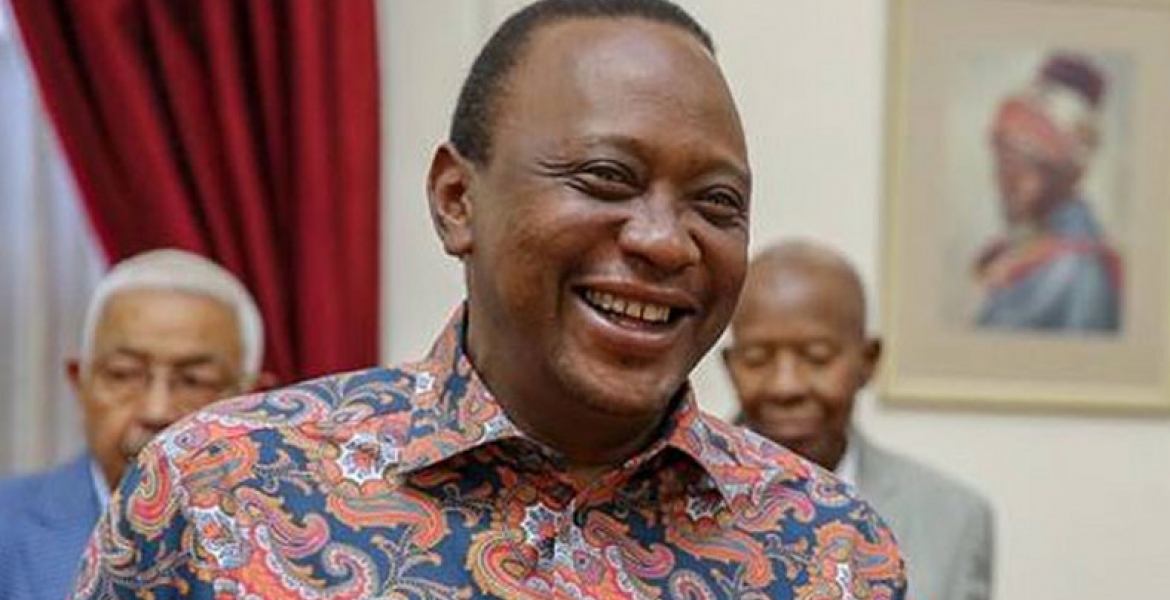 President Kenyatta has been named as the most admired public figure in Kenya in 2019, a new survey shows.

Kenyatta ranked first with a 20 percent liking rate ahead of Deputy President William Ruto and Orange Democratic Movement (ODM) party leader Raila Odinga, each with 10 percent, according to the survey carried out by research company Trends and Insight Africa (TIFA).

Seven percent of the respondents mentioned their mothers and fathers as their role models while rapper Kennedy Ombima, alias King Kaka, was the fifth most admired person with 4 percent. Ombima has been the talk of the town after he released his hard-hitting song, "Wajinga Nyinyi", which went viral online.

In position six is the no-nonsense Interior Cabinet Secretary Dr. Fred Matiang'i with three percent followed by retired President Mwai Kibaki, Kakamega Governor Wycliffe Oparanya, Ford Kenya leader Moses Wetang'ula, Machakos Governor Alfred Mutua and Nairobi Governor Mike Sonko, each with a marginal one percent. Shockingly, only one percent of those interviewed look up to their pastors, despite several studies showing that Kenyans are among the most religious people in the world (86 percent).

Among business leaders, industrialists Chris Kirubi and Manu Chandaria are the most admired with five and four percent respectively followed by Equity Bank CEO James Mwangi and billionaire Jimmi Wanjigi, both with three percent.

Marathoner Eliud Kipchoge is by far the most loved sportsman, with four out of ten choosing him as their most respected sportsman. Football stars Michael Olunga and Victor Wanyama are a distant fourth and fifth at six and five percent respectively.

See how statistics can be manipulated to say anything...I dont even know if the study was scientific and representative.
I dont see from only 20% liking one could be voted as the most admired,and make it sound like he was ovewillmingly the winner. How about the 80% that are not"represeted",and they are the majority.
And finally what was the aim of this study? Was this atrial ballon to see if the "likebility" could propel him in to another term?

did jeu mean most corrupt?

Is it me or does Uhuru need to see a dentist soon.A picture is worth a thousand words.A visit to the dentist to fix those teeth would be a good idea am sure you can afford it.

A twig of Cypress tree does a perfect job ama makaa

Clearly he is using his PR resources in the United Kingdom the ones that helped him rig elections, write his political speeches and do his PR work to manipulate the Kenyan masses. He knows very well he is not liked by Kenyans. I bet he cant sleep at night.

His dad struck a deal with the british that's why Jomo became president and looted over half of Kenya and being a son of a thief look at Kenya now.