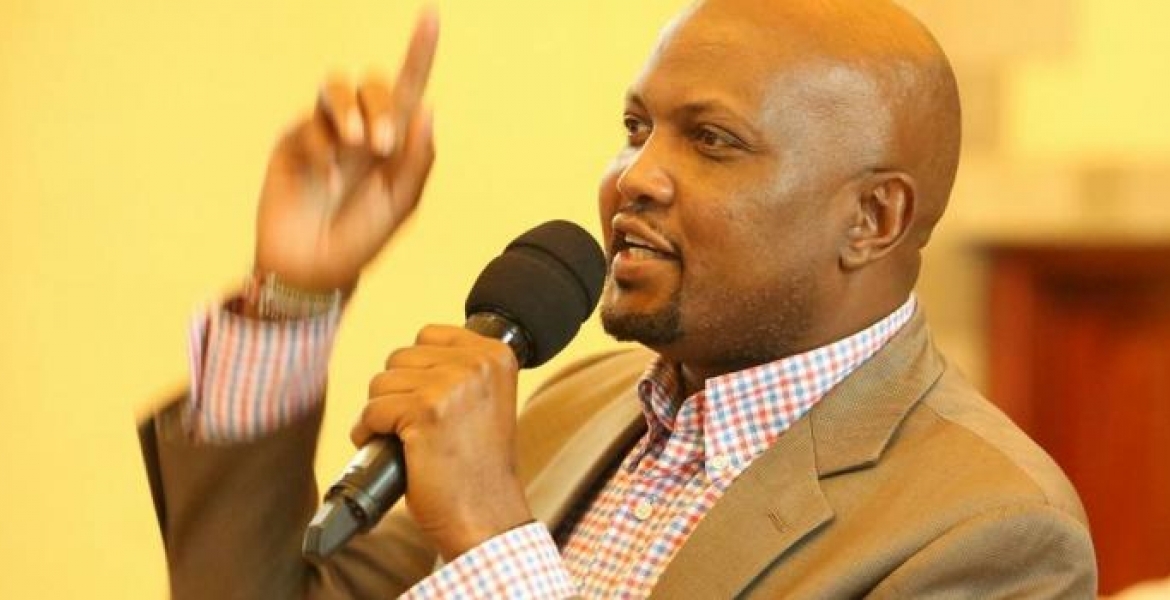 Gatundu South Member of Parliament Moses Kuria has vowed to quit alcohol drinking as part of his resolutions for year 2020.

“Happy New Year 2020 good people. For those who thought they know me: I am deactivation (sic) my Social Media Accounts (Except Whatsapp) throughout 2020. See you in 2021. This is my last post of the year.”

“I am off alcohol throughout the year 2020…Tukutane kwa ground,” he wrote.

MP Kuria is one of the most vocal politicians on social media and never shies off from giving his opinion on different matters, especially those touching on politics.

He recently took to Facebook to trash claims by former Jubilee party secretary-general David Murathe that President Kenyatta is intending to extend his stay in power beyond 2022.

“As the MP for the President, I would know of such a scheme way ahead of retirees like Murathe. I genuinely believe that Uhuru Kenyatta is only interested in a better Kenya and not looking for a position for himself.”

“Those parking their caravan trucks outside State House waiting for Uhuru Kenyatta to don campaign regalia are wasting their time. Uhuru Kenyatta is only looking forward to a stable, peaceful and prosperous Kenya and a blissful retirement.”

I think that he should also look for a wife. It will make him more disciplined.

Do not make assumptions @settlednomad. He probably is gay.

Actions speak louder than words. This decision is personal,unless you have been wasting public funds on alcohol,and performing subpar,as a result of your drunkenness and lying to those who elected you.
Now that you have ridden the source of all your evils, tell us what you will do for Kenya.

Hi Kuria - while I applaud you for putting aside Tikilla, I’m of the view that you should have known the debilitating and the impairing aspects of alcohol. Looking back on some statement you have previously made, it was obvious the alcohol demon was starring up your unimaginable sic to act irrationally and in many occasions quite foolish!

So, quoting the intake of that toxic demon is a very good step as you stride forward to sober up and serve your constitutue

Hi Kuria - while I applaud you for putting aside Tikilla, and Muratina, I’m of the view that you should have known the debilitating and the impairing aspects of alcohol.

Looking back on some statements you have previously made, it was obvious the effects of alcohol demons were starring up your unimaginable sic to act irrationally and in many occasions quite foolish!

So, quiting the intake of that toxic demon is a very good step as you stride forward to sober up and serve your constituents. They have been wondering when this moment would come.

They voted for you to represent their many serious issues which affect them on daily basis. You have obviously squandered a lot time for them hiding in the alcohol dens of Kawangware and Sugoi.

And, now that you have decided to sober up, please take the time to review the 2020 CDF allocation and wisely use the money to initiate viable projects which will directly benefit wananchi wa Gatundu South.

The Kshs 150,000,000.00 CDF kitty can get a lot of important things done. Most important are the needy pupils who need assistance to continue with their education. The money allocated (kshs10,000.00 per child) will come in very handy as they join different schools! What do you think?

You can make a well publicized plan to show how the money is being used, brief levels of development agendas of the work done and routinely continue to conduct transparent updates, supported by expense financial statements and other documentations for all to see and confirm. kusema na kite day with open proof!

This will be even better than telling the world that you have quiet muratina. The people will re-instate trust in your word and respect you as their Muheshimiwa!

There have been issues in the recent past that you are sleeping with the most corrupt thieves of people’s coffers. Can you publicly declare that you have never stolen from the coffers - such as the CDF money in the public arena! Are you as clean as pamba!?

If being in a drunkard stupor may have led you to put your sticky fingers in people’s cookie jar, are you willing to return everything ulinyakuwa with a 10% interest?

I just want for you to fully exorcise the demons of drunkardness completely; holistically, and get sober the rest of your life o this beautiful earth! You will perform more effectively when in a sober state of mind.

Best of luck as you begin to travel this road to reform yourself! Stay away from the peer pressure groups to succeed in your new and challenging endeavor!