Kenyans Decry the Return of the Dreaded ‘Nairobi Fly’ 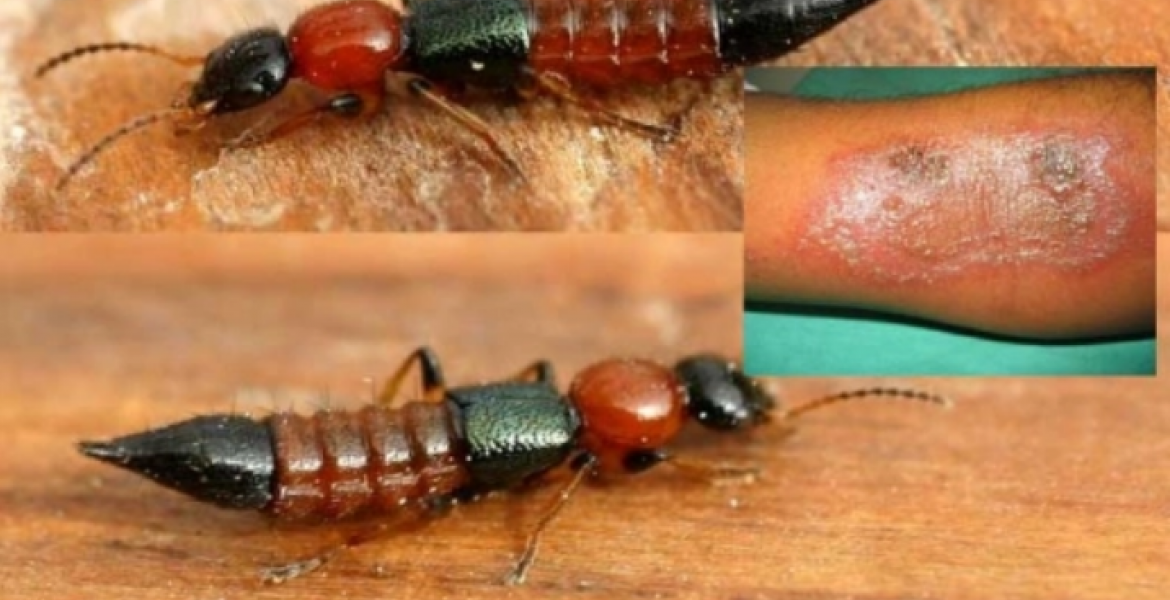 Kenyans have taken to social media to lament about the return of the dreaded paederus eximius beetle, commonly known as ‘Nairobi fly’ in Kenya.

Paederus beetle is a red and black insect that is approximately 1 centimeter in length and does not bite or sting but when crashed against the skin, it causes a skin irritation known as Paederus dermatitis. The fly’s haemolymph contains pederin, which is a potent toxin.

In the first 12 to 24 hours, a person may not experience any symptoms but severe burning and itching around the affected area is felt 24 hours after crashing it against the skin. Two to three days after contact with the insect, the area may redden and swell, and may progress to appear like boils.

Sometimes, areas affected by the ‘Nairobi fly’ may develop secondary bacterial infection, and this may seem like a skin infection. Further, the affected area may develop dark patches.

When you touch your eye with fluid from the beetle, a condition known as Nairobi eye will occur, leading to the swelling of the eye, redness, or further complications.

People are advised to wash their hands and the affected area with soap and water immediately they crush the fly against their skin. To be completely safe, one should avoid contact with the beetles.

Here are some comments from Kenyans online about the resurgence of the beetle;

“I’m nursing an itchy neck caused by a narrow bee fly( Nairobi fly). Have they invaded your territories? The discomfort and pain are on another level!” said Shiphillah Wanjiru.

“Nairobi fly I keep coming across this insect lately. Today I have encountered it twice. Is it a seasonal thing and has anyone else experienced an increase of the insects,” said Althea Sifa.

“One sting and it leaves you with a burn. Right now they are in their thousands maybe millions. Roaming freely a ready to “Burn” someone,” wrote Jeremie Muli.

“Guess who accidentally squashed a Nairobi Fly against his neck while he was asleep! It really, really hurts.” Commented callumrowlins.

“I think there’s an outbreak of Nairobi fly. They are so many!” stated Sam Chege.

“A Nairobi fly did its ting on my forehead,” said Keshi wa Thiongo.

“I guess a Nairobi fly walked all over my right eye, so I’m out here with not only a swollen, but also lazy eye. It’s a whole vibe. Someone get me a wig,” said Broken Mind.