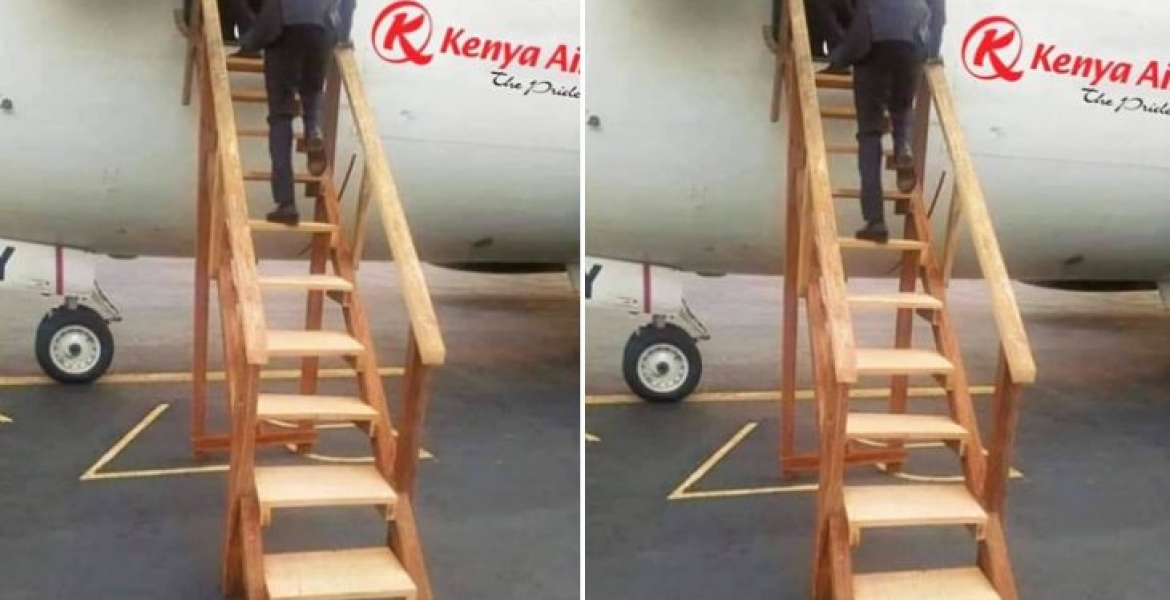 Kenya Airways (KQ) has responded after a photo showing a wooden staircase being used to facilitate passengers’ entry into a flight surfaced on social media.

The photo, which has since gone viral, was first shared by a Twitter user whose handle is @AdamMaina, with some online users suggesting that KQ was forced to be ‘creative’ due to the financial problems it is experiencing.

In a tweet on Thursday, KQ said: “We respectfully confirm that this is not an aircraft belonging to or operated by @KenyaAirways.”

A KQ communications officer said the image was photo-shopped from a Cameroonian airport, adding that the plane in the photo belonged to Camair-Co.

“The picture making the rounds on social media in Kenya is not that of a KQ plane,” the officer told K24 Digital via phone and shared what she claimed was the original photo. 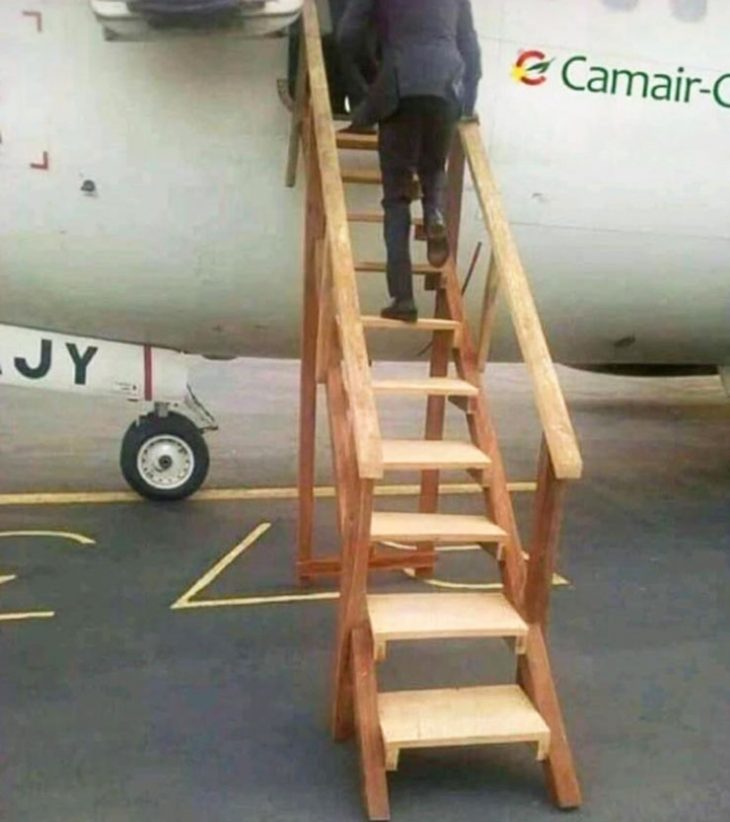 Is this shit for real though

It is easy to see that it was doctored. the log /name on the plane does not look like those of Kenya Airways.
Oh dear Cameroon, what do you have to say for this.Go fund me?

Ufisadi has consequences from duct tape patch a hole on the plane and now wooden stairs.I wonder what's next "probox engine to replace the rolls royce jet engines!!

I love Kenya airways with all the mess.. I think it’s in such grounds that they can sue to protect its reputation which could hurt its business.

Shame on u Adam maina for crating a fake thing about Kenya airways.

Keanya Airways is like this? This is no joke.