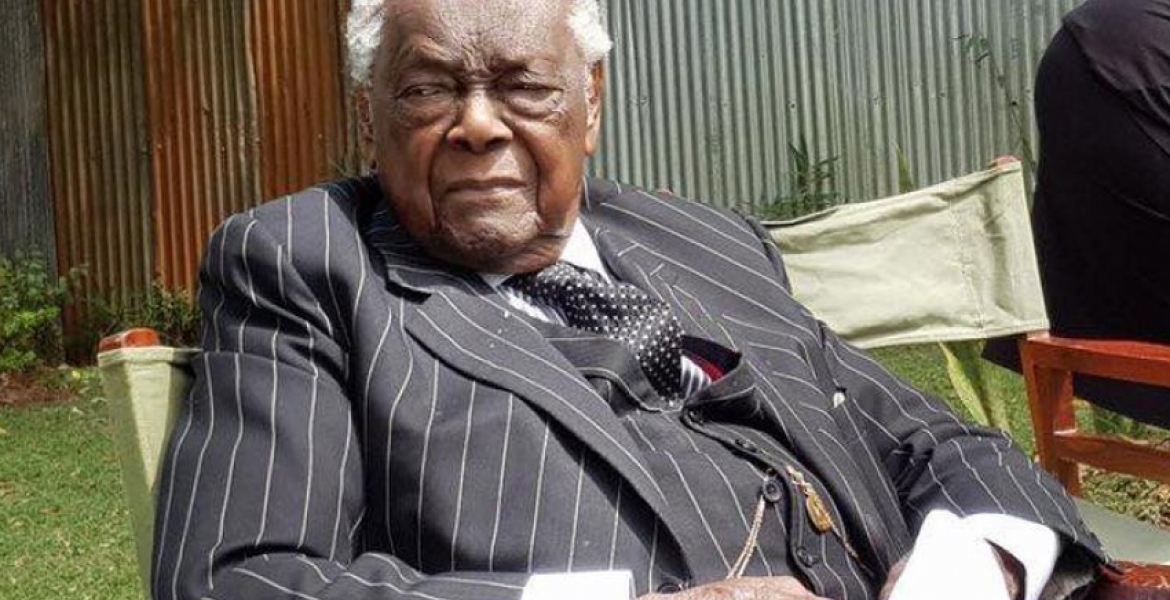 Njonjo served in both President Jomo Kenyatta and Daniel Arap Moi’s administrations and is the only living member of Kenya's first post-independent Cabinet. He was appointed to the AG position by President Kenyatta in 1963 to replace A.M.F Webb.

Despite his old age, Njonjo has maintained physical fitness and still drives himself around. In a past interview, 'The Duke of Kabeteshire', as he is popularly known, revealed the secrets to living a longer life.

"I’m also careful about what I eat; I don’t eat nyama choma, I eat a lot of veggies," he added.

In a separate interview, Njonjo further disclosed that he married at the age of 52 because he was a busy man and did not have time for women. He also served as the Minister of Constitutional Affairs in President Moi's government before he was elected as the Kikuyu Member of Parliament in 1983.

Njonjo has invested heavily in banking, insurance, aviation, hospitality, ranching, large scale farming, property, and real estate. He is said to be one of the richest persons in the country.

Njonjo, who married his wife, Margaret Bryson in 1972, has three children.

You have the events backward: He was elected Kikuyu Member of Parliament in 1983, then appointed Minister of Constitutional Affairs in President Moi's government.

Njonjo is a great Kenyan that I always adored. A fiscal conservative and pro Israel Like I am he has a heart made of gold and a century’s worth of wisdom and experiences. He is by far, the most extraordinary Kenyan I’ve ever known. It’s not an ordinary feat for someone to turn 100 years old! So, this only proves to me that he is, indeed, an extraordinary person, worth all the praise that is given to him. Happy 100th Birthday Mr. Charles Mugane Njonjo

nonsense his dad was the biggest collaborator like kina michuki never fought for independence but were first in line to rip the benefits of heroes like Kimathi. His family is a traitor family and you can see how he has tried to be just like a white man including marrying a white woman citing he could not find a local girl he could live with

I think it's Unfair to Blame him for the Sins of his father(s).

Why? They go up to thge 4th generation.

I know they go that far (Exodus 34:7). But Njonjo seems to have Ducked them.

Dr. Koni Hanene is married to a blue eyed blonde from Scotland. Maybe he could not not find a suitable local Kenyan girl to marry. I hate Africans wonnabe like Njonjo and Dr. Hanene. Wazungu kiss ass good for nothing. I bet even Dr. Hanene's wealth was acquired through illegitimate means like that of Njonjo. Birds of same feather flock together. This traitors need to get out of Africa

Is it true Otile Brown is Njonjo grandson?

A useless land grabber, long forgotten, proud man with an obsession only to himself for himself; always donning
his suits stripped with his own initials; never known to be a statesman, just a selfish lone horn now celebrating himself...with a 100 years of nothingness, worthleness. The pride in this old man couldn't give him time of thinking of any other thing except himself and his mzungu wife. As the alleged Duke of Kikuyushire(sic Kabeteshire), there is NOTHING tangible nor any devepment he can pinpoint he started in Kabete or his constituency. Nothing. During his stay in parliament, he always on loggerhead with Martin Shikuku, who never feared him. The only person he would admire because of his eloquent queen's English was the former vice president Wamalwa. This 100 years dinossaur was so intoxicated with the British culture that his mind and body were never in Kenya. The only people who could talk good of this dinossaur are his workers who would get chai saa nne na saa kumi na tosti siagi ya mkate wa Elliott bakery. Njonjo was, just like his nemesis Koinange, Magugu, Kenyatta, Gichuru, Angaine, CBK governor Ndegwa, Kihika, ex-PC Mathenge, ex-Nyachae, ex-Pc Mahihu, ex-PC Hajji, Moi, Ngina, Mulinge, Sharrif Nassir, Ngala, etc., gave a 48 hrs notice to all wazungus with the intention of taking it over their after paying them and the government peasants. ITS CALLED RAW HISTORY. I watched him speak yesterday and I was shocked to see how age belittles and crashes even the rich, the mighty, the maringoras, and the Queen's English that made him look down on other Kenyans had not only dwindled, but diminished through his wet eyes and heavy tongue. Funny the way pride plays out in the end. Bure kabisa.

I didn't have the guts to call this House Negro but you hve done a good job of telling it as it is . Njonjo has always believed he was a mzungu trapped in a white man's body like that dude in Django unchained ( Samuel L Jackson). Fortunately these Mzungu worshippers are slowly dying off. Btw there are photos of him being carried by mwafrika up high on a chair like an explorer in the deep jungles of Congo. Mwakilishi didn't get hold of those and flash them here

@ Formerly guest 2, I agree with you.Is he not the fellow who said that he only shops in London,plus that's where he took his dirty laundry for cleaning? Now wonder he ended in the arms of a Mzungu woman.He is lying when he says that he did not have time for women. Please dont interpret that to mean he had no time for sex.For all I know, he could have been in one of those sleek cars that were frequently seen in Majengo in his hay days. Ati Busy!What the heck was he doing? Buiding his empire from looted cash?

Mjuani, with each passing day, we get older Even you will be humbled one day

@Mjuaji...making a point about someone's personality is one thing, hitting below the belt by name calling is another. Personally, I think most of us would find it a blessing to be a "dinasour". As ex diasporan so well put, all of us are headed towards that...if we are lucky enough, may I add. He is a good example of brainwashed if ever there was one. Personally? I would rather these generation of politicians over the ones we have today. At least we had most public services running well...water, school access...etc..and I never once heard them hurling bedroom/bathroom insults at one another. Just saying.