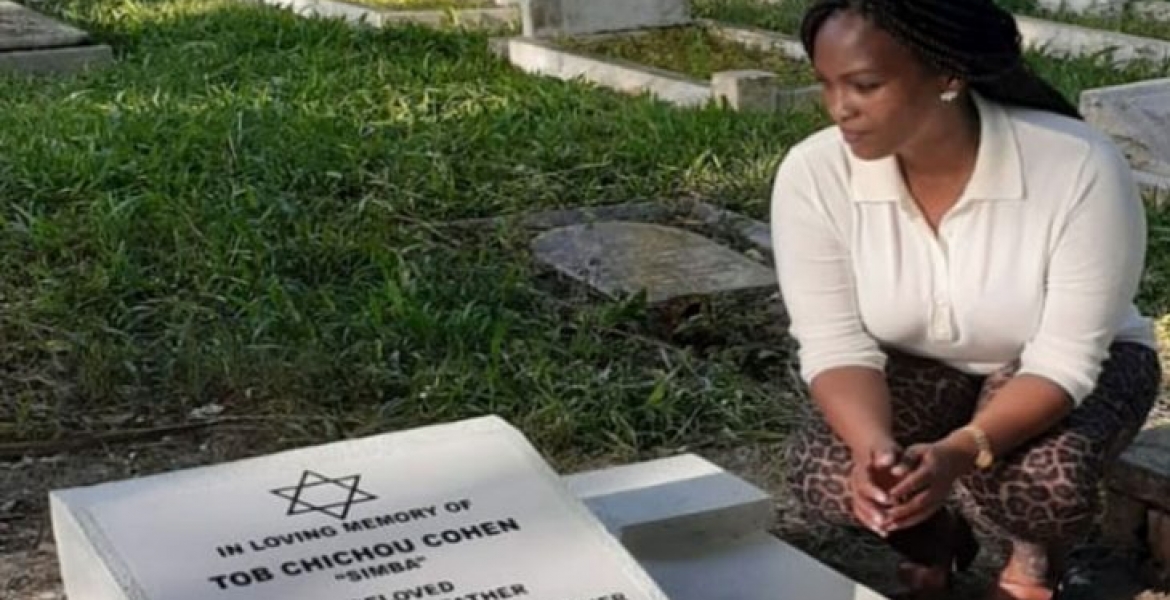 53-year-old Wairimu, who is the prime suspect in Cohen’s murder, also laid a tombstone on the grave.

“At a suitable time, I will hold a private ceremony to commemorate the laying of the tombstone as appropriate,” said Wairimu in a press statement. 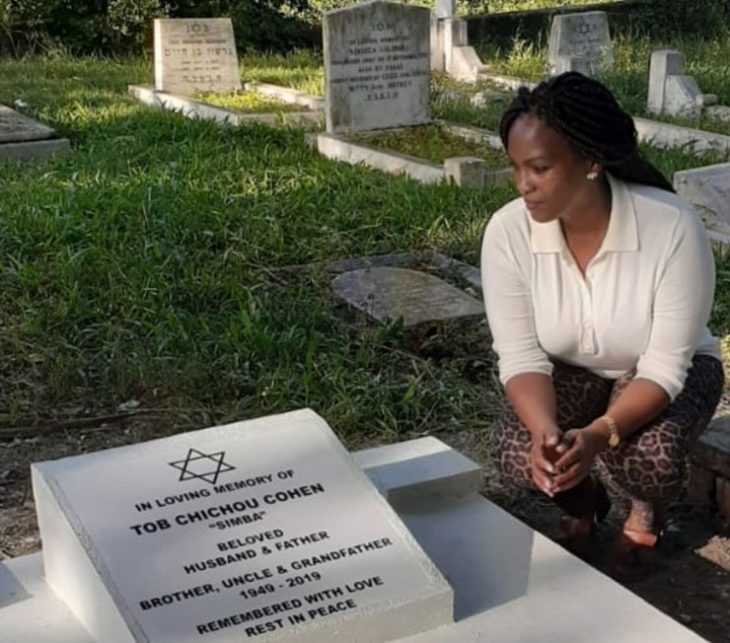 Wairimu was released on bail in October 2019 by High Court Justice Stella Mutuku after she pleaded not guilty to charges of killing Cohen, 71.

Cohen went missing on July 19th before he was found murdered and his mutilated body dumped in an underground water tank at his Kitisuru home on September 13th, 2019.

Wairimu’s lawyer, Philip Murgor said it took his client two days to cement the grave of her late husband. 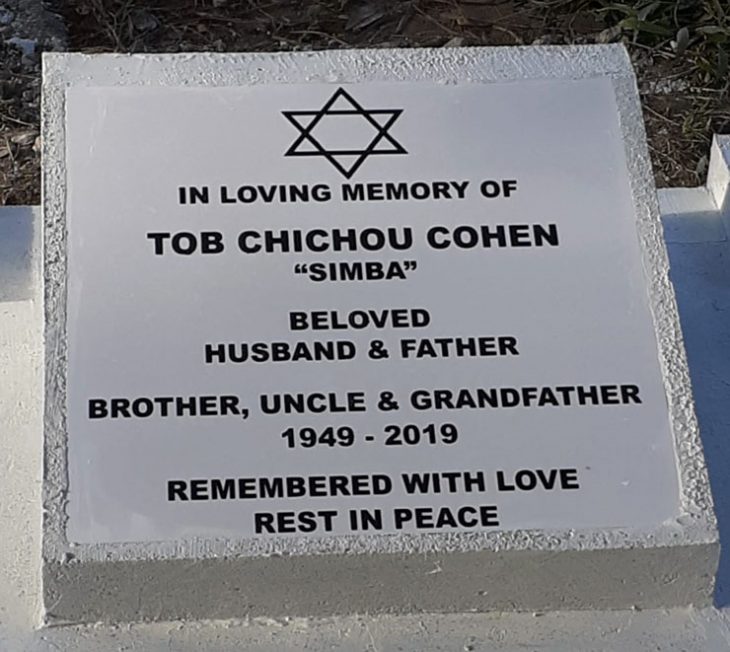 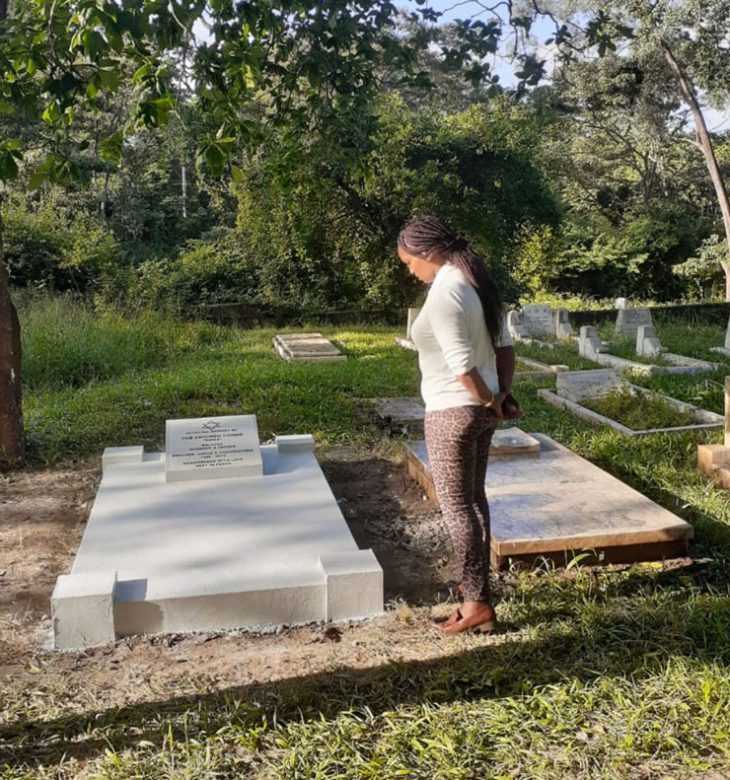 Was he a father? Did not hear of any of his children.

Hmmmm....I guess to make sure he's still dead?...trying to see if she can finish him off some more and wondering why she still hasn't received any inheritance...sicko psycho.

Only in Kenya, brewed in Kenya. This is how far we have gone as a society: evil devilish Kenyans. And Wairimu is not alone. I have lived long enough and interacted with our countrymen and women here and in Jamhuri and is not good.
Case in point(s):
1. Kenyans stealing from public coffers and using the same loot to hire a battery of lawyers, and eventually....you know rest.
2. Kenyans hacking to death somebody's daughter or son, and that's it.
3. Kenyan women turning against the same man who brought them to the US, send them to nursing school, and when the money quadruples that of his,... fujo inaanza, niguze uone, umepapasa binti yetu, sleeps on the couch, or literally, mnaongea na tu notes. Mwisho? Mzee anahama na anaendelea kulipa rent au morgage, child and spousal support. Evil people.
4. An invite for a wedding committee, followed by pre-wedding, wedding, and a year later, the same couple invites you for a baby shower, then later child birth, then somewhere in between, a few death in jamhuri. When you finally do your calculus, they pocketed over $3000 of each one of us kimchezo tu. Evil people.
5. Even after spending so much on them, when you are in need of them, peeew, gone gone gone with the wind. Evil people.
6. Many Kenyans in the US suffer from superiority complex. That is, they associate themselves with certain clique of people, eg those that appear to be more holier-than-though, educated with masters or PHD, those that make good money, those that are well-known, those that have gorgeous morgaged house that will take a lifetime to pay-off, those that shout highest in church to even talking in tongues, or those that assume they are better than others. Evil people.
7. Most Kenyans have a bone to pick to those without makarasis. And they don't hide it. Comments of, " huyo ni illegals," are sickening, yet the most successful Kenyans are those without makaratasis. Evil people.
8. Righteous and heaven-bound Kenyans have a gauge referred herein as halleluyanometer that shows them who is more saved or genuine believer than others. Efforts by "MjuAji" to sucessfully cast demons have always been mocked and/or ridiculed.
9. Kenyans here have formed their own network, whereas they trumpet when one of their own have an issue, magnetically woooing the wanjikus to go fund them. Then when wanjiku.....Evil people.
Therefore, Wairimu Cohen has just joined her countrymen and women in Kenyan's style of doing things. For how does your husband or wife get brutalized and you got the nerves to go visit his/her grave. But all is not lost. We have very few of us who are good, really good, but stands on shaky ground. Upepo ukija wanalekea upande wa wengi. Evil people. God bless us.

@ Mjuaji, you really made me laugh this diaspora manenos...lakini most of the stuff you said is ukweli..i kinda beg to differ though with the below point..you cant just blame the women,likewise a lot of women have seen their husbands through school only to finish school and get mpango wa kando and start showing you shit coz they are now making more money then leave you for mpango wa kando..so i agree its happening but happening both ways

Kenyan women turning against the same man who brought them to the US, send them to nursing school, and when the money quadruples that of his,... fujo inaanza, niguze uone, umepapasa binti yetu, sleeps on the couch, or literally, mnaongea na tu notes. Mwisho? Mzee anahama na anaendelea kulipa rent au morgage, child and spousal support. Evil people.

So...this lady, suspected of murdering her husband, goes along to his grave and takes with her a journalist and a photographer (presumably). Why would she do that???