Nobody Can Stop Reggae: Uhuru, Raila Dance at UB40 Concert in Nairobi [VIDEOS] 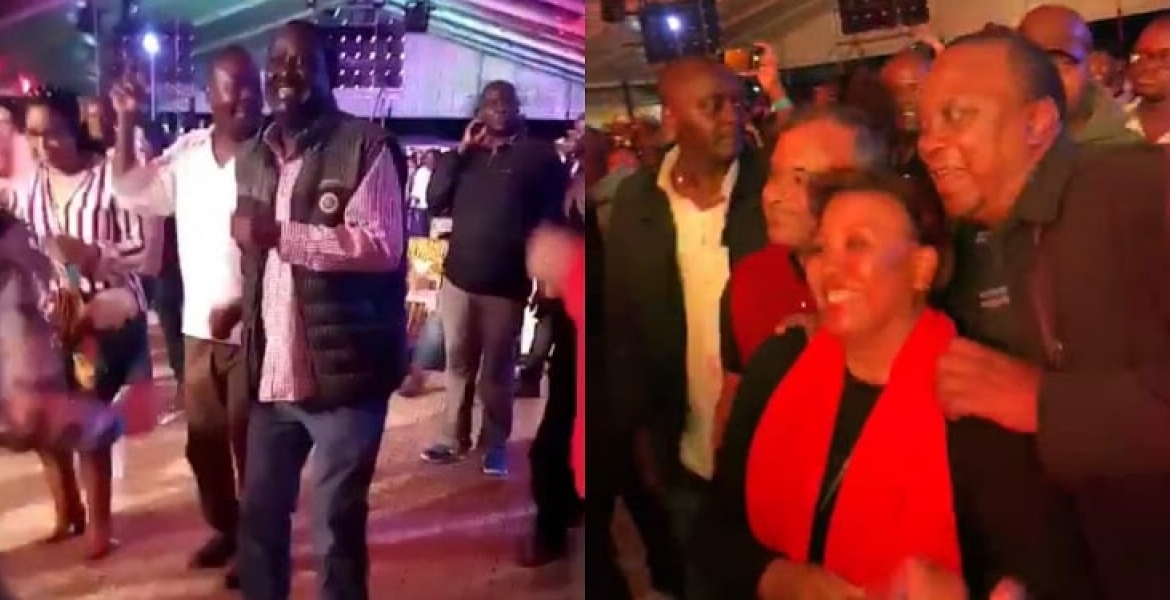 President Kenyatta and ODM leader Raila Odinga were on Saturday night captured on camera dancing during the UB40 concert at the Carnivore grounds in Nairobi.

In videos shared on social media, President Kenyatta is seen dancing to the band’s best songs from their albums. Other videos show Raila dancing on stage together with politicians Rachel Shebesh and Nick Salat.

‘Nobody can stop reggae,’ a popular reggae track by Lucky Dube, has been used widely played during Building Bridges Initiative (BBI) rallies to send a message that the unity pact between Kenyatta and Odinga is unstoppable.

Rt. Hon. Raila Odinga pulling some dance moves at the #UB40ConcertLiveinNairobi #UB40InNairobi. For sure Nobody can stop reggae. (Video Courtesy) pic.twitter.com/ZtDrWLvjrF

In a past interview, Kenyatta confessed his love for reggae music, saying: “I’m stuck in a certain age, my favorite musicians are UB40, Bob Marley and Gregory Isaacs.”

Poor dancers; with raggae you do not have to go to your knees. Lakini looks like it is a kenya politician habit to try and go low to proof their youthfulness. Unnecessary.

Alright now...the winner is ...Raila! For stamina, rigour and never aging attitude. Thumbs down to Uhuru for fondling that young woman whilst swaying in an awkward stance...he runs the risk of being a shamed on the "me too campaign". Vunja mifupa kama bado meno iko!!