Kenyans Online Raise over Sh100,000 for Woman Who was Bullied by Twitter User 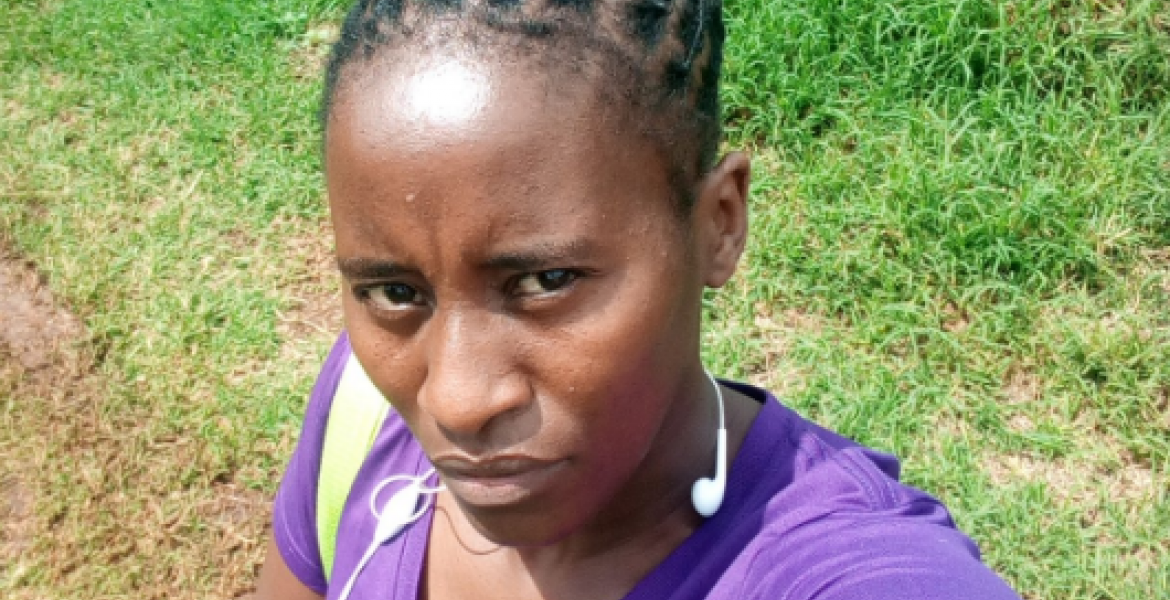 Kenyans online have joined hands to raise funds for a Kenyan woman who was abused by a Twitter bully on Monday.

A social media user identified as Osama Otero took to Twitter on Monday to urge his followers to take it upon themselves to help needy children with school necessities whenever possible. He called on his followers to spare as little as Sh600 out of their drinking budgets to buy shoes or bags for needy school going kids.

Lucy Gatimu, a mother of three young girls who earns a living by doing other people’s laundry, took to the comment section to plead with Otero to start by helping her to buy school uniform for her daughters. Ms. Gatimu noted that two of her daughters are in need of extra uniform but she is unable to buy since whatever she makes from her job is not enough.

In response, Otero rudely told her to sell the phone she was using to tweet and buy her daughters the spare uniform, then buy a cheaper handset with the balance. Heartbroken by the response, Ms. Gatimu apologized to Otero saying her request was genuine and did not intend to hurt him by asking for help.

To add salt on the wound, Otero, who has over 60,000 followers on Twitter, told the lady to “tumia akili shenz type”, loosely translated to “use your brain, stupid.” 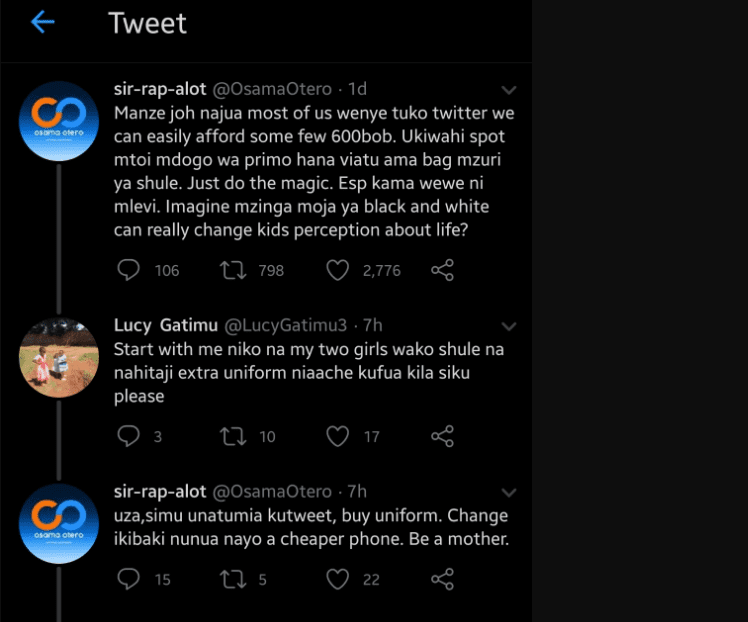 KOT launched a fund drive to aid Ms. Gatimu in purchasing new uniforms for her daughters as well as for her day-to-day needs.

Speaking to a local media on Tuesday, Ms. Gatimu revealed that she had received Sh110,000 from well-wishers and more was still streaming in. She also took to Twitter to thank Kenyans for their overwhelming support.

“Thank you soo much guys for the love you have showed us…I luck words to express how we feel what we are sure is that we really appreciate and My God remember this kindness you have done and answer all your desire and come through for you all…” she wrote.

In another tweet, she announced that Otero had called her to apologize over his actions. “I want to inform everyone is that @osamaOtero called us with my girls, and he apologized, and we have forgiven him…we are good.”