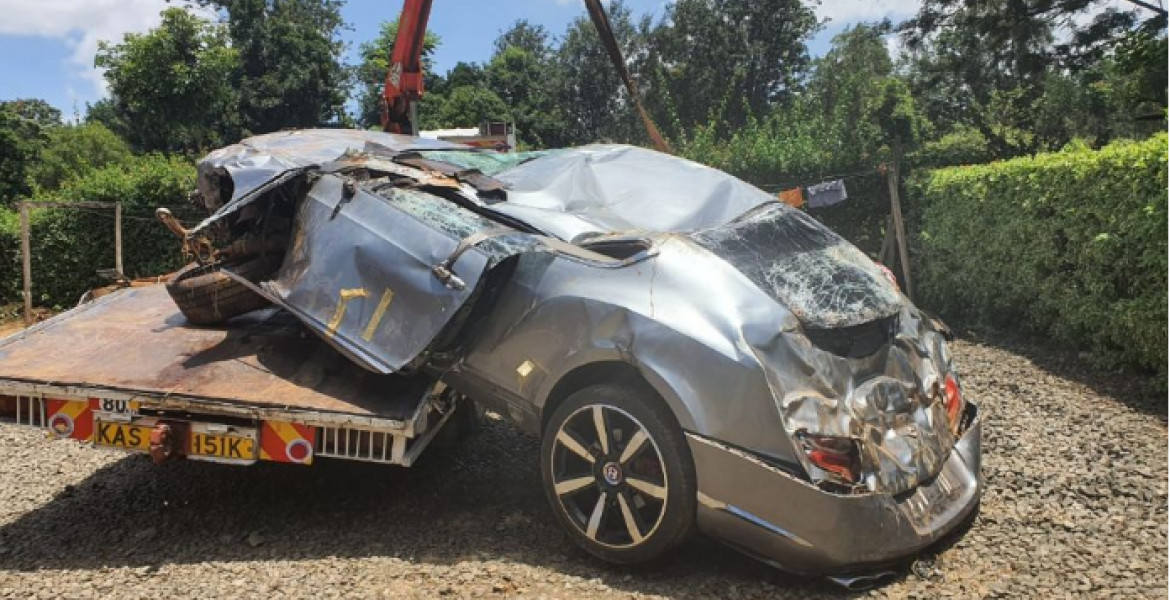 A video of two young Kenyan men crashing a luxury Bentley car worth millions of shillings while racing off has gone viral on social media.

The video begins with one of the men recording the other as he drives the car at a high rate of speed before the car crashes.

It was established that the incident happened recently at the Masinga Airstrip known for drag races, according to mpasho.co.ke. The news website also reported that the car crashed by the two was a Bentley Continental GT V8, manufactured in 2013 and whose value is Sh27 million.

Man records himself moments before they crush a Bentley 😱😱

Photos of the badly damaged car were also shared and it appears the two occupants were unharmed as they are seen pulling themselves out of the wreckage at the end of the clip. The car was bearing registration number KCW O85N. 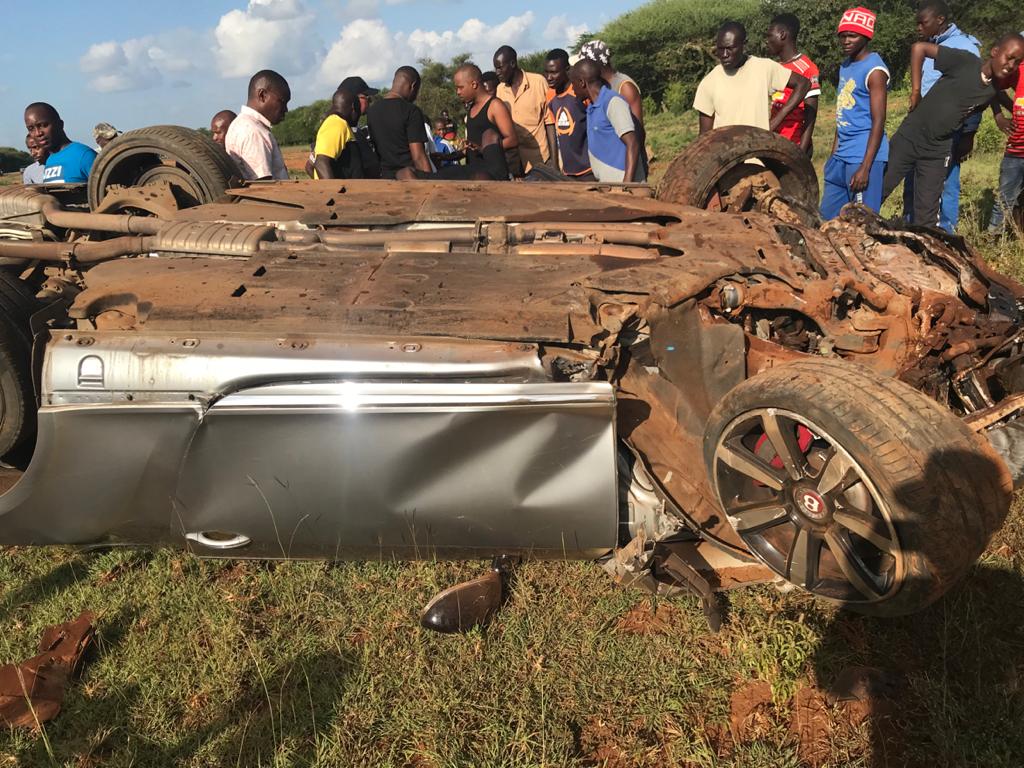 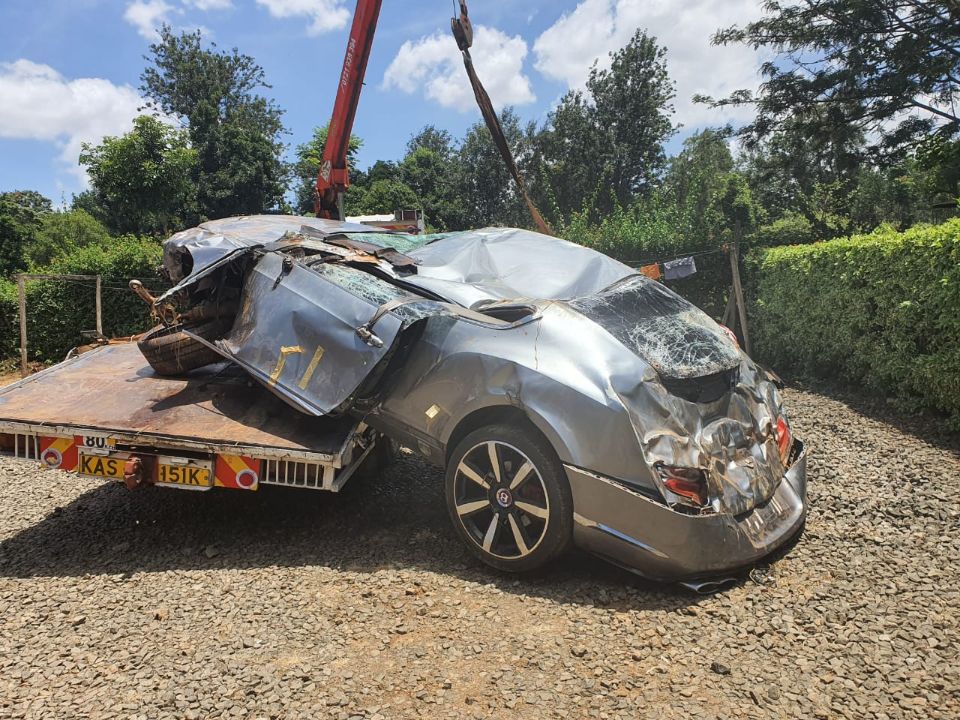 The idiots had not put the safety belt. Couldn't be Waikuru sons?

They must have been wearing Safety belt. Or else they would be Dead (and in their Graves) learning some Memorable posthumous Lessons.

They are not very good looking. Should have perished too like the Merc guy.

The merc guy was implored not to drive. He chose unwisely and unfortunately paid the price. Here is a link to that story
https://mpasho.co.ke/video-of-man-who-crashed-on-langata-road-with-merc…

Where do you think the money was stolen from? 27m is US Dollars 270000. A whole house in most of US.
And whose sons are the young men?
Name them and we may connect them with either nys, maize, euro bond, Anglo leasing, sgr, etc.

Awesome, probably bought from their parents stolen money from mwananchi.

I was trying to figure out the valuation myself. You can buy a 2013 or 2014 in the US with low miles for 20% to 30% of that price. They must be using the initial purchase price in Kenya. If you pay that much for a 7 year old car, you might be a mjinga.

@deportee, if your credit is decent, new cars can be financed at low rates(0 to 1.9%) used will be a little but not much higher. I financed my last vehicle @ 0%. Tell me how this is not better than paying cash up front. As far as type of vehicles- those vehicles are available in spades here hence the relatively low prices. btw you could import that car from the UK for a lot less which points to ujinga but then a fool has no problem spending other peoples money.

Someone either fooled you or you're trying to fool people. Financing a vehicle at 0% apr is not indicative of credit worthiness. Car companies recoup that lost APR via longer term payments. It's financed through the car company not a personal bank. In other words, it's a gimmick to fool unassuming customers, that really aren't able to afford a new vehicle, into believing they can.

Also, if anyone needs to finance a Bentley, or Mercedes, Lexus - you can't afford that kind of car.

@Mkenya Harisi
We are not the one saying they steal,its all over the media. Common sense wins too if you calculate the thieves ages and what they can afford. The sad part is,they spend instead of investing....

Agree! Seneca@; they look ugly as fuck! Probably the ride was meant to impress some beautiful slay queen! The insurance company shouldn't pay for a damn thing!

You guys petty as f**k. So coz they ugly they shouldn't be driving posh cars....? Ama coz they younger and rich than you so they should have it....? Your misery is yours alone. We all got our own problems and being broke is not a disease at the same time it can be malignant...