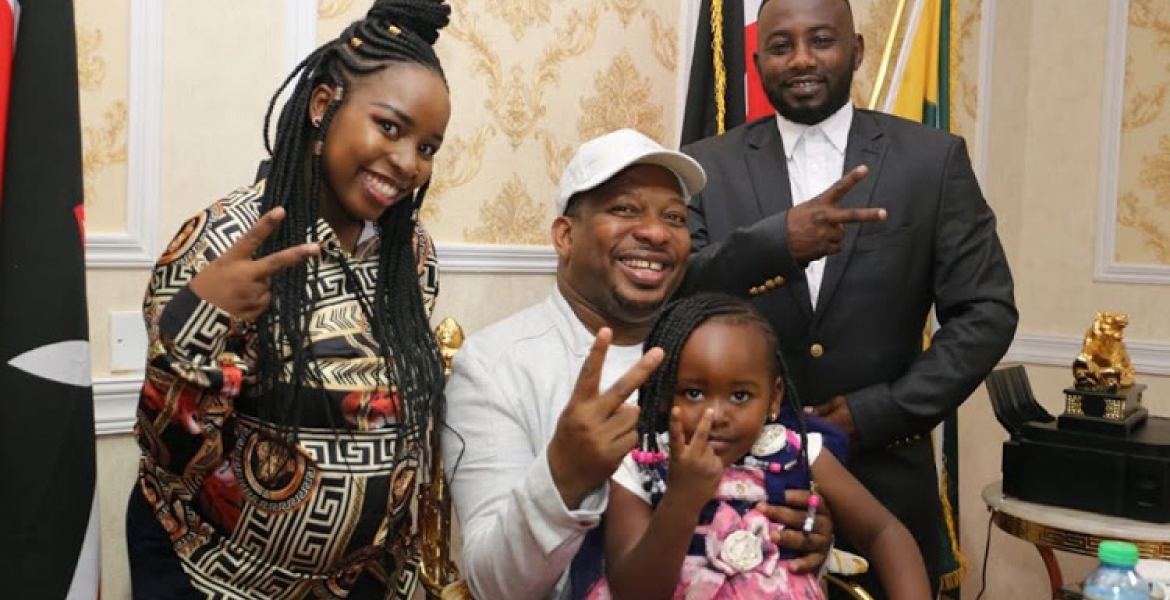 Sonko, through a post on Twitter, said the two will soon add him his second granddaughter in addition to Saumu’s first child.

Sonko made the post after Saumu and Loitiptip joined him as he celebrated his 45th birthday on Tuesday.

“Shida yetu wakenya nikuogopa aibu ndogo ndogo. Be proud of urself no matter how bad the situation is & appreciate your family.”

“As I thank God for another additional year on my life & as one of the youngest grandfathers, I'm glad that my grand Dorraa Sasha will soon have a kid Sis,” Sonko wrote.

Senator Loitiptip confirmed he was dating Saumu last year, months after she broke up with her former boyfriend Benson Gatu. Saumu termed her relationship with Gatu as abusive.

“I am in a serious relationship with Saumu and we are planning a lavish Islamic wedding whose date will be announced soon,” Loitiptip said in an interview with the Nairobian.

@Mwakilishi, who cares? Is this even 'news'?

Bingo! You took words out of my mouth.