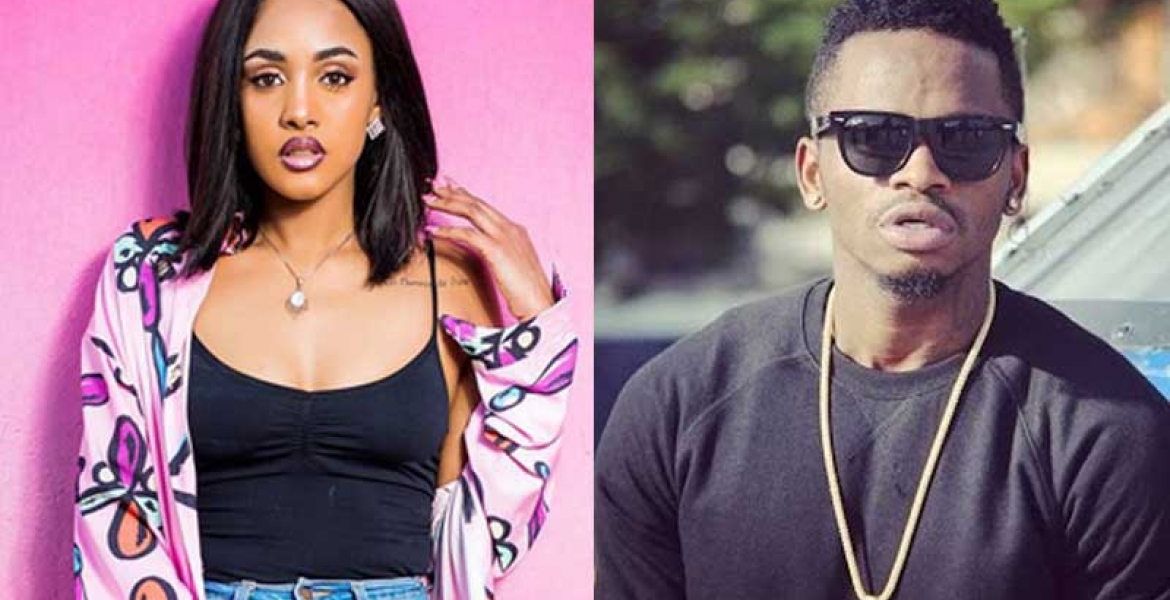 The two parted ways slightly over a year after they announced they were dating after Diamond allegedly cheated on Tanasha.

Through Instagram on Saturday, Tanasha told her fans that there is no need to repay bad with evil, saying that karma always has a way to revenge. She added that people sleep peacefully when they know that they were loyal, real and genuine.

“When people wrong you never wrong them back. You can only fight evil with good. You will sleep better at night knowing all along you were real, genuine, loyal and not fake, as you sit back and relax for their karma to hit them,” Tanasha wrote.

She further noted that her split with Diamond will not affect her recently-launched music career and even talked about going international.

“The blessings that I have been receiving these past two weeks, the international acts I am about to work with, its overwhelming. I knew God wasn’t sleeping on me. He always wins. Just wait won’t be too long,” she added.

Diamond and Tanasha welcomed their first son and the bongo flava singer’s fourth child in October 2019. There are reports that Diamond’s mum, Mama Dangote tried to stop Tanasha from returning to Kenya with her grandson but she resisted.

Last week, Tanasha deleted all Diamond’s photos from her Instagram page and described him as a narcissist.

“A narcissist is disrespectful, insensitive, controlling and disregards your feelings. Narcissists like to provoke negative emotions in others,” she wrote.

She added: “It is like dancing with the devil. Forgive them, walk away and let God deal with their karma. I will never sell my soul, and I can back that.”

All I know this is not true... this is a game plan so that Tanasha could gain more fanbase!!! Diamond is very smart and they are just playing with fans... watch the space......

It is over he has moved on to the next yellow yellow.This Tanasha woman needs to stick to her day job that song they produced is going nowhere diamond must have known this and in an effort to avoid being embarrassed he skipped her launch party ati family emergencyAccept it he used you then dumped you.

When will these stupid shenanigans end? What value does their Infantile fights add to anybody or anything?

Move on girl? Dont let the past destroy your feature? You are still young? Just stand up ,clean yourself and start over again.But remember that always an empty tin makes alot of noise when kicked? Hope you are not empty? Action speaks louder girl?Love you❤🙏

when somebody is anarcist he doesnt value any other person and you dont deserve that my darling. you are abeautifull girl my darling just move on. iwish you kept very quiet about the matter, its wise because he still remains the father of your child. so dont say anything about him

Diamond is just a backward village boy who can sing. Tanasha is Nyako maber elegant and well raised. A pig in a suit and a tie is just a pig...that is Diamond for you.