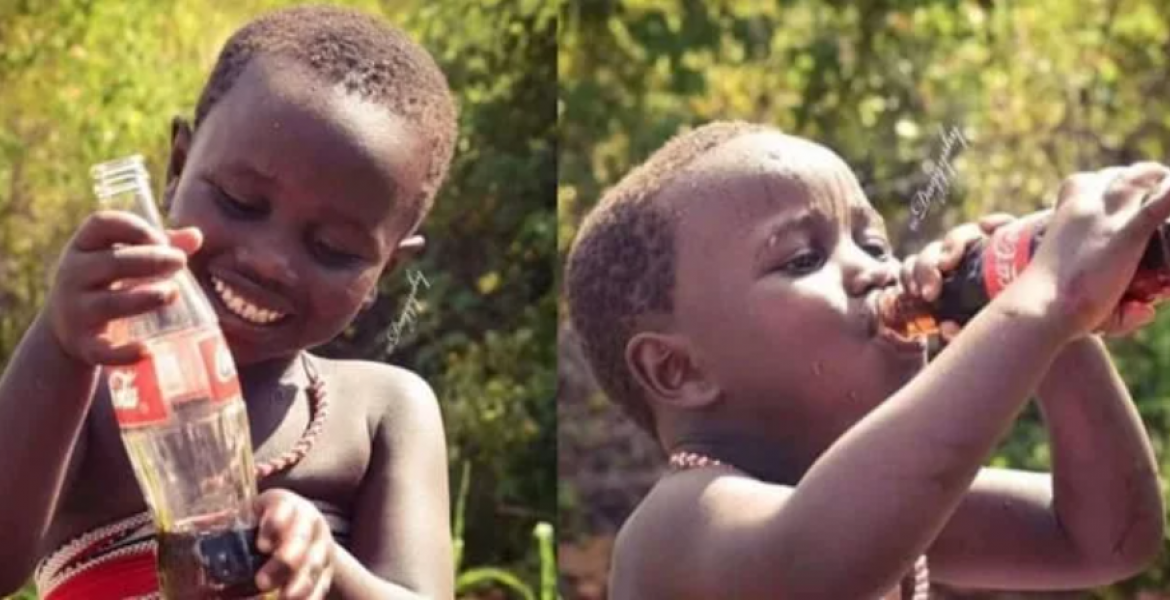 Coca-Cola Company has responded to calls by Kenyans online to make a four-year-old Baringo girl whose photos went viral, their brand ambassador.

The girl, Joy Jebiwot, became an internet sensation after pictures of her enjoying a Coke drink were shared on social media over the weekend.

Online users urged Coca-Cola, the world’s largest beverage company, to make the minor one of its brand ambassadors in Africa. In a statement, Coca-Cola described the girl’s viral photos as “pure happiness”, especially at a time when the world is fighting the Covid-19 pandemic.

“This is pure happiness. You’ve made us smile by capturing and sharing this beautiful image, especially when things are so sad in the world right now,” the company said.

The company regretted it cannot offer the girl any deal as it has a policy that prohibits the featuring of children under the age of 12 in its advertisements and marketing worldwide.

“As a company we have made a decision not to use children under the age of 12 in our adverts and marketing worldwide, but we do love seeing your creativity and passion for our brand so continue sharing your amazing talents with us,” said Coca-Cola.

The photos were taken at the home of Joy’s grandmother in Eldama Ravine, Baringo County, where she had been taken to learn Kalenjin tradition. Joy is a kindergarten pupil at Dreams Hill Academy in Mogotio and wants to become a pilot when she grows up.

Give her an academic scholarship of some sort Coca-cola company!

Those asking CC to help her with scholarship and help with a pilot dream. Who told you every kenyan is a basket case looking for assistance from a white. She appears very happy and doing quite well as it is.